Ken Jeong Brings His Manic Energy to the Dull “You Complete Me, Ho” 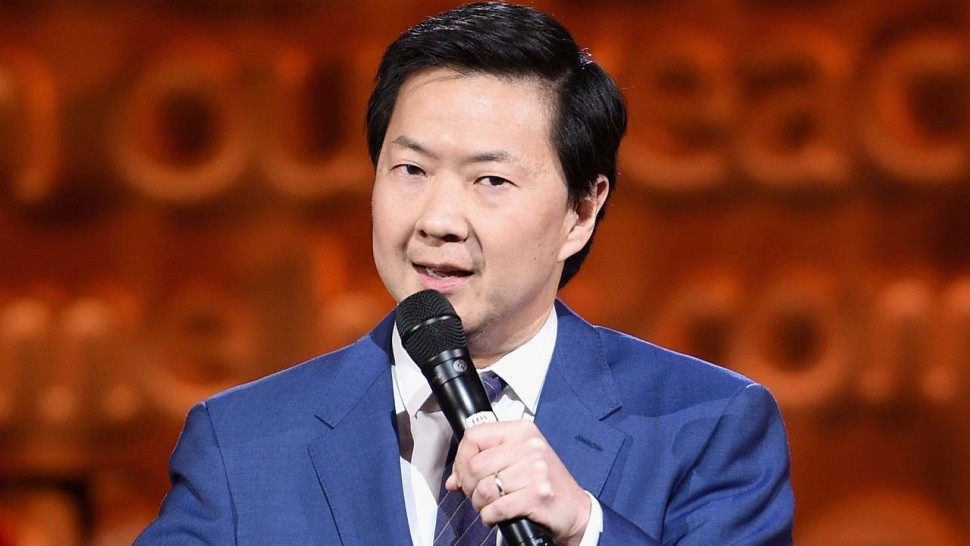 I’ve long been a fan of Ken Jeong. His energetic and eccentric performances in “The Hangover” and “Community” were always delightful, a source of non-stop humor as he consistently found ways to top his last, utterly bonkers joke.

Still, I couldn’t help but be apprehensive when I discovered that he’d be doing a stand-up special for Netflix. His comedic stylings worked best when he was acting alongside comparatively grounded characters. Take his arc in the third season of “Community,” in which his character gradually seizes control over the community college at which the show is set. His character dresses and acts like an amalgamation of various historical dictators. He dresses like Napoleon; he spreads posters that stylistically mimic the propaganda of Mao Zedong throughout the school. It’s an utterly bonkers, heightened scenario, one which Jeong embraces with glee. But it only works if the actors around him acknowledge how truly insane Jeong’s character is. In a stand-up set, however, Jeong is on his own; without any other actors to ground his antics, he could come off as a rambling madman, instead of a comedic genius.

With the release of his special, I’ve realized that my fear that his zaniness would derail his comedy was ungrounded, but my fear that his comedy would falter, was not. “You Complete Me, Ho,” (a reference to his wife’s last name) fails not because Jeong is too outlandish; on the contrary, his immense energy is perhaps the only praiseworthy quality of the special. The problem does not lie with Jeong’s move to go solo, but with his uninspired and downright lazy writing. His jokes switch between crude humor, riffs on Asian stereotypes, repeatedly name-dropping celebrities he’s worked with, and smirking about how wealthy he is.

It’s a shame. Jeong is not only a great perfomer, but he also has a fascinating personal life, one that’s a potential goldmine for comedy. His career didn’t begin in show business, but rather as a general practitioner for Kaiser Permanente. It was when Judd Apatow offered him a role in “Knocked Up,” playing a doctor (of course), that Jeong got his first taste of show business. Shortly afterwards, he took an enormous risk, leaving his safe job as a doctor behind to become a performer. The rest is history.

But his presentation of the story is shockingly impersonal. He repeatedly praises Apatow and complains about how boring being a physician is in comparison to working on a movie. It’s a fine, mildly funny bit, but Jeong never delves beneath the surface. Then, he discusses his parents’ reaction to his decision to leave his medical practice. Again, rather than approaching the subject with a unique, personal touch, he relies on stereotypes about how Asian parents expect their kids to be A+ students and become doctors or lawyers. It’s exemplary of the type of comedy on display in “You Complete Me,” in which a subject potentially ripe with personal humor is wasted on jokes that a middle schooler could have written.

His storied career, working alongside great actors and comedians over the years, is another potential goldmine that’s also left untapped. At one point, he discusses the runaway success of “Crazy Rich Asians,” in which he had a small supporting role. Rather than grant any insight into what it was like to make such a film, he brags about how great it was to improvise alongside co-star Awkwafina. He’ll repeatedly mention the importance of “The Hangover” to his career, but he only gives one anecdote about the making of it. Actually, he doesn’t tell anecdotes from “The Hangover”—only the lame sequel. Specifically, he jokes about Bradley Cooper’s experience shooting a scene involving prostitutes in Thailand. The contents of said joke are too crude to describe here, but suffice to say, it’s an uninspired, un-insightful joke, reliant on shock value instead of wit.

Even at its best, “You Complete Me, Ho,” feels like a joke at the audience’s expense. Jeong promises the viewer insight into his life but again and again delivers school-yard crassness instead. Towards the end of the special, he begins to discuss subjects so immensely personal and serious that it seems, for a moment, like some comedic genius might be on the verge of shining through. He tells the story of his wife, whose full name is Tran Ho, whose seemingly benign lump in her breast grew to stage three breast cancer. When they found out that she had roughly a 30 percent chance of survival, Jeong grew deeply depressed.

The best comedians can wring humor from darkness, as Tig Notaro so famously proved in her set about her own battle with cancer. So Jeong had set himself up to truly test his comedic chops. But it’s a test that he immediately fails. Again, there’s the familiar and stale crass humor, yet another riff on his wife’s last name, some name-dropping of Hollywood celebrities (this time, its director Todd Phillips), and a complete lack of inspiration. Put succinctly: “You Complete Me, Ho,” is just as creative and funny as its title.