On Saturday, Feb. 9, fans of Wesleyan basketball got to see not just one, but two Cardinals etch their names into the record books. Women’s basketball’s Olivia Gorman ’19 and men’s basketball’s Jordan Bonner ’19 both notched their 1,000th career point, becoming the 12th and 24th players in program history to do so, respectively. The Argus sat down with both players to talk about their career-highlighting moments, as well as their experiences as basketball players up to this point.

The Argus: What was it like knowing that you had that number you needed to get to to make it to 1,000? Did it influence your preparation or motivation in any way? 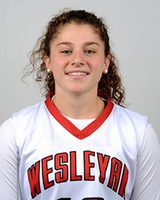 Olivia Gorman: I think for me it was always in the back of my mind. It’s good to have goals, and that was always the goal for me, but being successful game-by-game is what I always prepare for, because if you’re just preparing for a number, it kind of takes the joy out of playing basketball.

Jordan Bonner: I never could have imagined getting a thousand here, especially as a freshman. But coming into this season, my coach was like, “Yeah, Jordan, you’re coming close.” At the end of the day, it’s like, I get a thousand, it’s a personal accomplishment for me, but it doesn’t really matter in terms of like, the team. I have to do whatever the team needs to win.

A: What went through your minds when you scored that 1,000th point? What were you thinking about?

JB: I needed seven points, so I had two layups, and when I hit the three pointer, I mean, I knew, so I was really happy. But later at night, it was kind of just like a weight lifted off of your shoulders, you know, because now I can just hoop and not think about it so much.

OG: I needed 23 going into our second game of the weekend. In the game, I was at 21 points, and I could not make a layup, like I missed three layups in a row, and I finally made some ridiculous floater, and it was an immediate feeling of relief, but also, “Thanks for finally making a layup, Olivia.”

JB: I’ve seen people who have been so close and have not gotten it because that was their main focus. You have to focus on winning the game, and playing hard every possession, and if it happens, it happens. Lucky for both of us, it happened.

A: What could you mark as a pivotal moment in your basketball career here at Wesleyan?

OG: For my first two seasons, we weren’t the greatest. After my sophomore season we collectively decided that things needed to change. Now that we’re competing, and we have the chance to win games, it’s more fulfilling to see where we started and where we are now as a team. 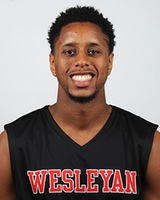 JB: For me, it’s not really one moment. My journey has been really unique. I didn’t play very much as a freshman, but got an opportunity to start my sophomore year and got hurt in the first five games, missed ten, came back but played well. My junior year, I tore my meniscus again but played the rest of the season and got a surgery in spring. I don’t know, every time I was making progress, there was always another obstacle I had to overcome. This year, not having any injuries, and looking back on what I’ve been through, was really gratifying.

A: What have been some of the challenges you’ve faced?

OG: A lot of athletes have to overcome getting onto a new team and figuring out how to fit into a new team. As a freshman, I was angry that I didn’t have the role I wanted at that time. I kept working harder and harder at it, knowing that I wanted to get to a certain place. That can be a make or break moment. Are you willing to suck up your pride and keep working, or are you going to crumble as an athlete?

JB: I was going to say the same thing. Every year, my role has been different. People who really excel on teams understand that it’s about the we versus the I. I think I’ve done a good job, sacrificing my own agenda, and doing whatever is needed, whatever my teammates need me to do, so I can put us in the best position to win.

A: How would you prepare during the offseason? What did you do that allowed you to improve as players?

OG: Putting in the time. The big thing for me is that my grandpa is actually very involved in my athletics. He’s always been tough on me. It’s just taking stuff that’s difficult to hear but having faith that you’ll get to the next level. It’s the will to get better every year.

JB: For me, it’s always been about sacrifice. Living in Houston, I haven’t always had the opportunity to go back home. Even if I had, I didn’t really want to because there wasn’t really the resources back home to work out and train the way I wanted to do. Starting my freshman year of high school, I didn’t go back home for the summer. Rather than seeing my family, I knew that I could get better by being away. The focus has always been, “Where can I go to get better?”

A: What interests do you have academically? What else do you do around campus? Do you have any ideas for after graduation yet?

OG: I’m a studio art and Italian major, so I kind of exist in two different worlds. I’m really involved in athletics, and then the rest of the time I spend in the CFA [Center for the Arts]. I’m applying to graduate school for industrial design, so I’ve focused most of my life on sports so far, and art is on the back-burner, but I’m flipping things up after college and going to focus more on design and what I’m going to do for the rest of my life.

JB: For me, I’m a psychology major, and for next year, I’m trying to decide. I got accepted to graduate school at the University of Cambridge, but I applied for this MBA associate’s program, and I’ve made it to the second round, so we’ll see. As far as community, my mom always instilled in me, “Try to leave the space better than when you found it,” so I founded this tournament, the Cardinal Community Classic, which is aimed at raising money for breast cancer awareness and research for the Middlesex Hospital. We had our first event last year, and we’re aiming to do it again this year, to make it bigger and better and to raise more money. I know that I’ve been really fortunate to attend this university, so I try and do the same for other people.

A: How has the team influenced you as you’ve progressed through your time here?

OG: I think for me, I’m kind of an introvert. My first two years, I had friends, but I was like, schoolwork, sports. But now that I’ve gotten older, I’ve opened up more and come into my own.

JB: It’s more so been individuals on the team. Like Jack Mackey [’16], Harry Rafferty [’17], Jordan Sears [’18], they really took me under their wing and taught me the importance of what it means to be a good teammate. Now, as a senior, I try and do that for the younger guys. I consider them all my little brothers. I’d do anything for them. All those guys on the team, they accepted me and motivated me to grow as a person.

A: How do you hope to be remembered, by both the team and the Wesleyan community?

JB: By my teammates, as someone who is caring. I really love all of them, and I’d do anything for them. Someone who worked hard and tried to improve the culture. By the community, kind of the same.

OG: I’d want to be remembered as a hard worker and someone who wasn’t afraid to stand up for some sort of change, especially within women’s athletics. And like Jordan said, I really do care about all of them, and I’d do anything for them, even if that means buying them a meal or something.

JB: Which I can attest to. She did that on Monday

A: Is there anything else you wanted to mention or talk about?

JB: Last thing I’d say, I’d just want to give a shout out to the people who pass me the ball, or set screens, the little things.

JB: Neither one of us would have gotten our 1000 points without them.