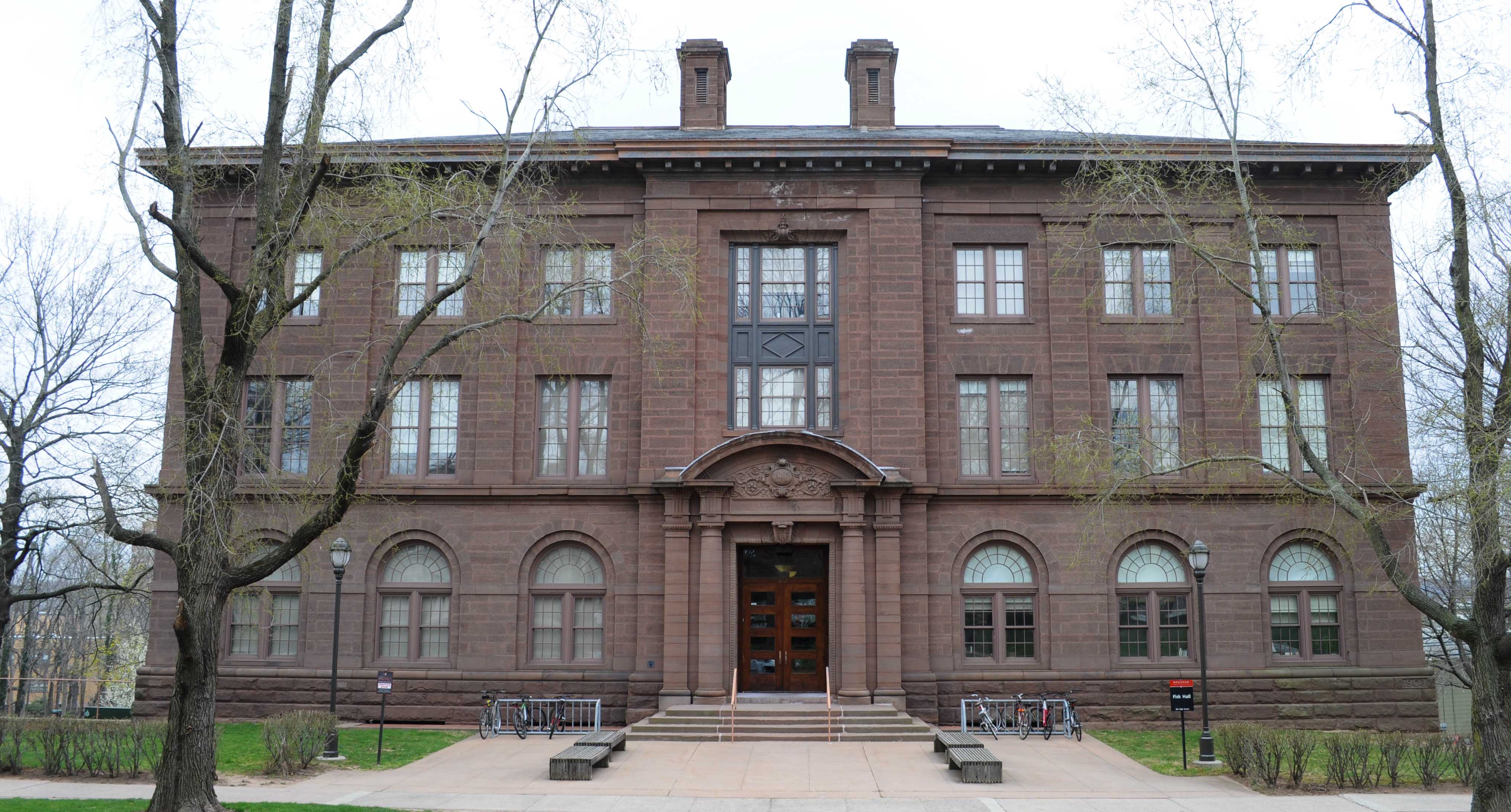 This past Friday, Feb. 15, Wesleyan professors gathered over wraps and snacks to discuss Cultures and Languages Across the Curriculum (CLAC), a group of half-credit courses taught in languages other than English meant to immerse students in a specific area of study. Assistant Director of Language & Intercultural Learning Kia Lor and Director for the Center for Global Studies Stephen Angle organized the lunch, which focused on sharing information and facilitating the creation of new CLAC courses on campus.

“Kia and I took part in a webinar offered by the CLAC consortium, which is a very new organization,” Angle explained. “The idea of FLAC [Foreign Languages Across the Curriculum] has been around for probably two decades, if not more. As international students, and thus native speakers of languages other than English, have grown on campuses, it has increasingly become less reasonable to think of languages across the curriculum as foreign.”

Angle and Lor brought CLAC courses to campus last semester for a limited trial period, which demonstrated that there was enough interest to make the courses available to more Wesleyan students. As it stands, three professors are currently offering courses in CLAC, with a total of 28 students enrolled across the three courses.

The goal of these faculty members is to grow the program to five courses per semester, with resources and stipends for professors offered through the Office of Academic Affairs and the Fries Center for Global Studies (FCGS). Angle cited the CLAC curriculum at Duke University as inspiration for how Wesleyan’s program could grow.

“One of the things that really struck me from what a couple of these Duke classes were doing is courses that were sort of grounded in and responsive to contemporary issues, that ended up having almost a service learning kind of component,” he said. “So there was an engagement in local communities, or even distant communities.”

Angle recognizes that an expansion like this at Wesleyan could face some challenges.

“One thing that probably is the case, at least as this is getting going, is that if things are offered in the same semester they may compete for similar students,” he described. “This role is really a positive one, to recognize that there is that tension, but to also recognize that CLAC can grow the number of students who want to take those advanced language classes.”

Another hurdle includes the logistics of CLAC courses themselves, which may have trouble maintaining student interest. The courses require the highest level of language competency—given that they are taught completely in a non-English language—and thus some students may see them as inaccessible.

Angle addressed the concern of student interest, as well as his hopes for the program, in a briefing at the start of the CLAC lunch. Following that, he opened up the floor to Adjunct Associate Professor of Religion Dalit Katz and Visiting Professor of Medieval Studies Melissa Katz to discuss their experience teaching CLAC courses this semester.

Professor Dalit Katz is teaching a CLAC course in Israeli cinema this semester and spoke to the group about her experience thus far, noting that the class has only met a few times. Professor Dalit Katz said that her course is intended for students who are nearly fluent in Hebrew.

“My class is offered at the highest level of Hebrew, which is geared toward two kinds of students,” Professor Dalit Katz said. “One is the students who have finished the requirements in the department who have nowhere to go, and the other is those who are native, heritage speakers.”

The CLAC course corresponds to a parent course, taught in English, which also focuses on Israeli cinema. Professor Dalit Katz said that her first step in designing the course was to meet with the instructor of the parent course to coordinate what films she should screen and what material she should cover throughout the semester.

Professor Dalit Katz said that she is still finding a balance in terms of the workload for students and getting through all the assignments and discussions she would like to cover. She said that she has been impressed with the students’ flexibility and willingness to learn.

“As soon as all the pieces of the puzzle came together, it was very enjoyable, and what made it enjoyable really was the students,” Professor Katz said. “As soon as I told them we have to be flexible and I got their cooperation, the structure of the course fell together.”

Professor Dalit Katz closed by advising other professors to maintain flexibility and positivity, with the promise that it would reflect back on them as the course unfolded.

Professor Melissa Katz, who is teaching a CLAC course in Spanish this semester, followed with a description of her course. Unlike Professor Dalit Katz, she teaches both the parent course, an art history class on Medieval Iberia, and the corresponding CLAC course. She said that teaching the CLAC version has been liberating for her.

Whereas Professor Dalit Katz’s course asks students to participate in a range of written and oral assignments, Professor Melissa Katz has decided to focus heavily on speaking and discussion. Her students’ final project will be a podcast, in which they investigate an object and tie it into a historical narrative. Professor Melissa Katz also highlighted her decision to run the class in the evening, from 7:00-8:30 p.m., which she said adds to the conversational feel of the seminar.

As Professor Dalit Katz explained, the success of a course mostly comes down to the students. Luckily, in this case, the students seem to be just as positive about the CLAC courses as their professors.

One of Professor Dalit Katz’s students, Shani Erdman ’19, spoke to her enjoyment of both the content and the structure of her CLAC class.

“Israeli Cinema is a class that I always look forward to,” she said. “Hebrew has such a special place in my heart, and this course has given me the opportunity to improve both my spoken and written Hebrew. Further, built into the class are mandatory lunches and film screenings required for all students enrolled in Hebrew courses, and this has not only deepened my knowledge of Israeli society, but it has also created a community of Hebrew learners here at Wesleyan.”

Catherine Streich ’19 said that after studying abroad in Madrid, she was searching for an opportunity to practice her Spanish skills in a class that was not solely based on learning the language or studying literature. Professor Melissa Katz’s Art History CLAC course turned out to be the perfect fit.

“This CLAC course was a great way for me to take what I have learned as a Hispanic Studies major and apply it in other fields, in this case art history, so that I can have a more meaningful experience with both areas of study, and understand how different areas of learning do not exist in such isolation in the real world as they do when students need to select only a few majors to focus on narrowly,” Streich said.

Adam Wells ’19 described a very similar motivation for joining Professor Melissa Katz’s CLAC course: He also studied abroad in Madrid and wanted to keep up with the language, though he is not a Spanish or Latin American Studies major.

“I felt that this class would allow me to continue practicing my Spanish skills that were heavily cultivated during my time in Madrid, while simultaneously getting to learn about medieval history of a country where I lived for about four months,” Adam said. “I may want to live in Spain—particularly Madrid—one day, so taking this class is the least I can do in order to continue speaking Spanish as well as learning about the rich history of the country.”

All the students that commented seemed to appreciate the fact that the course is rooted in discussion, including Olivia Lopez ’21.

“We have in depth discussions, not always about the assigned material,” Lopez said. “I feel like the class is unique because it allows us to come together and discuss cultural, political, and social aspects of Spain throughout history, making it great preparation for studying abroad.”

The CLAC lunch concluded with a question and answer period, during which current language and FCGS professors discussed everything from the potential divide between native speakers and language learners as well as how the courses might interfere with major requirements or the parent courses that these classes are tied to. Despite the potential pitfalls, the current CLAC professors spoke almost entirely to the positive effects of this kind of learning, and funding has already been secured for ten courses over the 2019-2020 academic year. Professor Melissa Katz left faculty who might be interested with a piece of advice specific to CLAC courses.

“Don’t forget about what you’ll get out of it and that you can experiment,” she said, addressing her colleagues. “You can try things that we don’t feel we can try in a full credit class.”