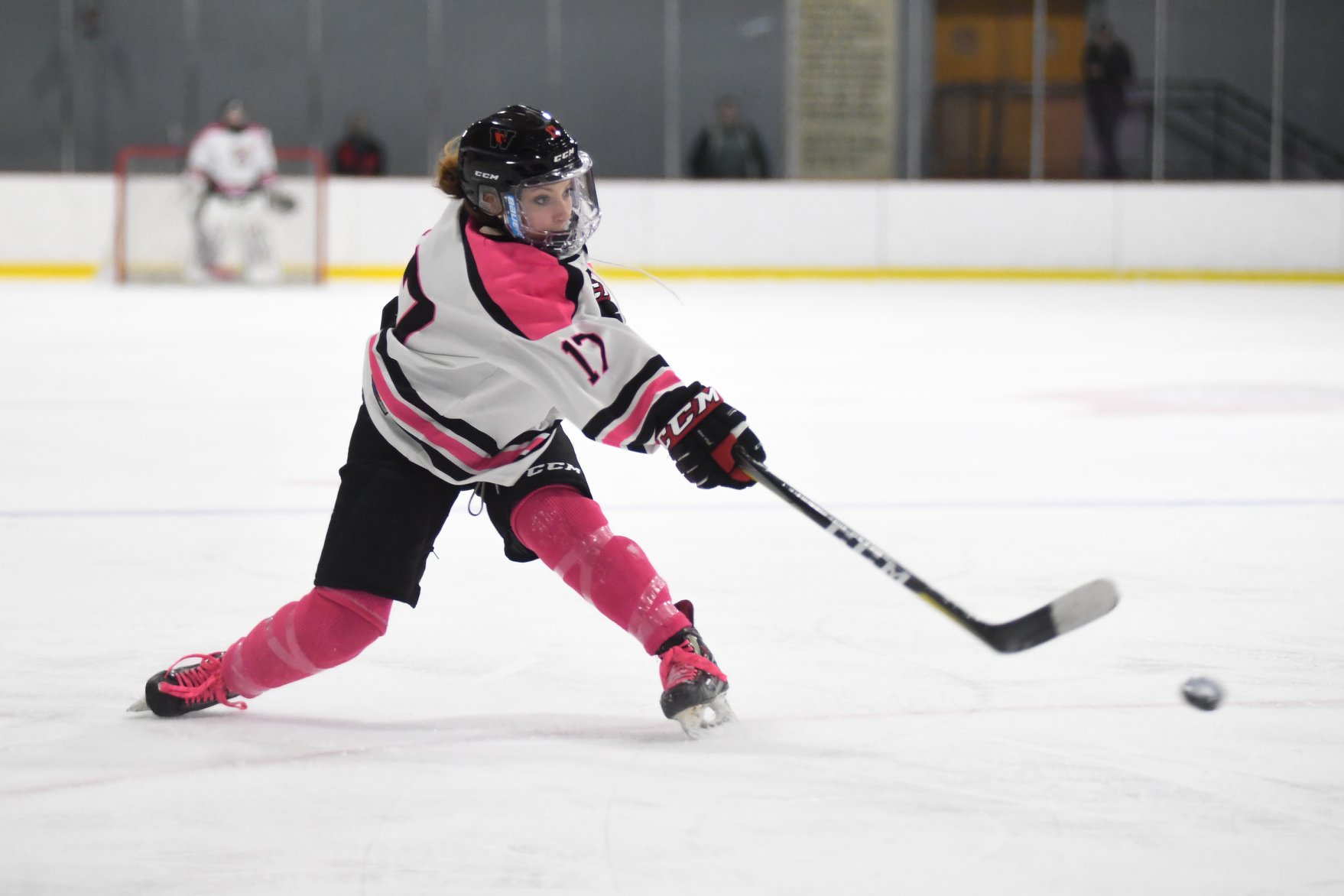 In the loss on Friday, Sydneé Goyer ’21 scored the lone goal for the Cardinals on the power play, while Allegra Grant ’20 made 22 saves.

The Cards were able to rebound with a good performance on Sunday in the 2-1 victory. Allie Damren ’20 and Gina Mangiafridda ’19 scored the goals for the win, and Grant rebounded from giving up six goals the night before to make 31 saves on 32 shots in the winning effort.

Captain Grace Keogh ’19 was extremely happy with the team’s performance.

“We generated solid scoring opportunities and maintained control in our offensive zone in both games against Trinity,” Keogh said. “On Saturday, we made critical mistakes in our defensive zone and allowed our opponents to capitalize on those mistakes. We went into Sunday fully prepared to correct those errors, and we were able to prevail.”

Keogh pointed towards the defensive side of the puck, claiming it was the team’s defense that made a difference between Saturday’s and Sunday’s performances.

“The main things that we set out to fix from Saturday’s game going into Sunday were our defensive zone coverage and our shot selection,” she said. “Keeping tighter coverage and shooting the puck low more consistently helped us get Sunday’s win.”

The team plays next on Saturday in their Senior Day matchup against Amherst.

“Going into our final weekend of regular season play, we want to keep the momentum going by coming out strong in our first game against Amherst,” Keogh said. “Playing our best hockey during the first game is an important adjustment that we need to make from our past few weekends going forward.” 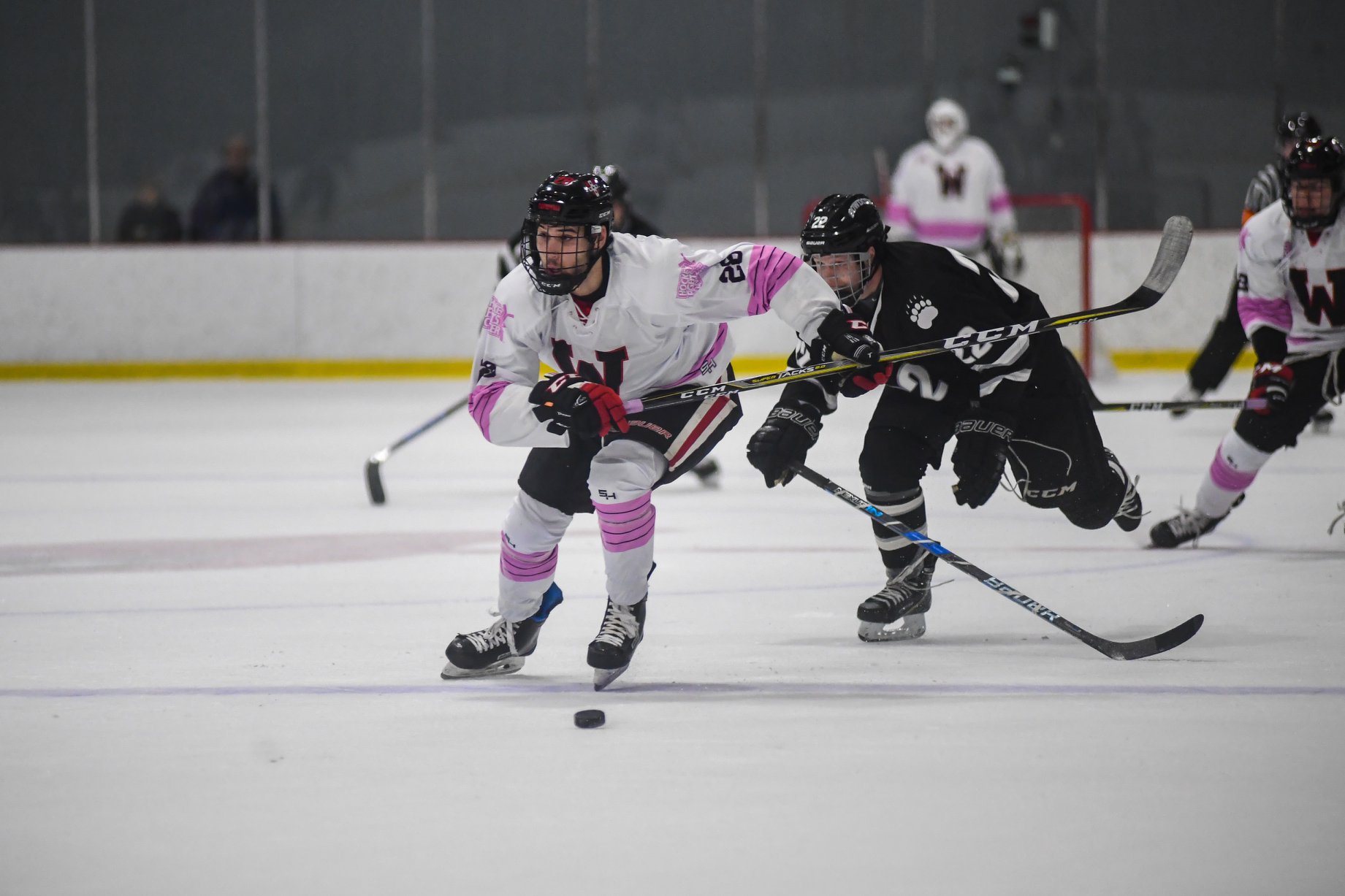 The men’s hockey team suffered their first NESCAC defeat over the weekend, going 1-1 in games against Bowdoin and Colby on Friday and Saturday.

In the game against Bowdoin on Friday, Feb. 8, the Cards won 3-1 with two goals from Tyler Levine ’22 and Quincy Gregg ’20. Junior Tim Sestak made 24 saves in the win.

Unfortunately, the Red and Black could not repeat their victory on Senior Day. The Cardinals fell to ’CAC competitor Colby, falling to 4-1. Sestak made 35 saves in the loss and Walker Harris ’20 scored the lone goal. These results moved the Cardinals record to 15-5-2 (13-1-2 in conference).

Captain Chad Malinowski ’19 thought that the team played well in the two games despite the loss.

“I think the team looked good this weekend.” Malinowski said. “There are some things we need to work on, but that has been the case all year. We try to get better every week and focus on peaking at the right time.”

Malinowski added that the key to the win over Bowdoin was the team’s strong defensive play.

“On Friday night, our penalty kill was outstanding,” he said. “We had to really rely on it since there were so many penalties in the game, but it really stepped up. Our team defense was great as it has been all season, and we got some timely scoring.”

Next up, the Red and Black finish their regular season with home games against Trinity tonight and tomorrow, Feb. 16.

Looking ahead, Malinowski believes the team can overcome the Bowdoin loss by returning to their previously successful tactics.

“I think during the Saturday game we got away from some things we had been doing well most of the season,” he said. “We took a lot of penalties against Colby, and tried to force the game rather than being patient and letting the game play out. We’ve had a couple of conversations just to remind ourselves what helped us get to this point so we can emphasize returning to it.”

Come out and cheer on the Cards in their final regular season home game tonight at 7pm.