Thank U, Next Balances Absolute Confidence and Pure Vulnerability 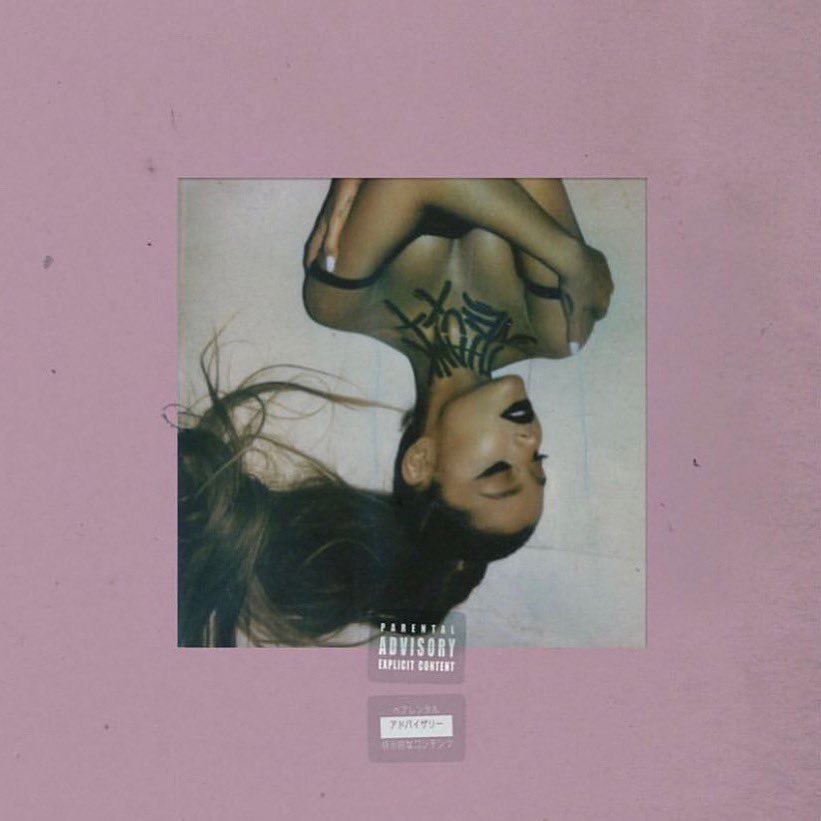 During this time, the pop star’s life has changed drastically. In September, her ex-boyfriend, the talented rapper Mac Miller, passed away from a drug overdose. Grande has publicly discussed the difficulties of trying to help Miller stay sober during their relationship and how it took a toll on her. A month after Miller’s death, Grande split from her fiancé, comedian Pete Davidson, ending one of the most-talked-about relationships of 2018. Even after these life-changing events, she has proved capable of delivering an album that shows both an optimistic and savage side, as well as a sense of vulnerability.

The project was promoted with three singles, “7 rings,”  “imagine,” and “thank u, next.” The title track, the first single released, was an instant hit, debuting on the Billboard Hot 100 at number one. The song has an uplifting message in which Grande thanks her ex-boyfriends for helping her grow and mature. The track has a bouncy production and is one of the album’s best songs to dance to. “7 rings” became Grande’s second number-one debut hit. The verses take the melody of the classic song, “My Favorite Things” by Rodgers and Hammerstein. In the song, Grande takes the opportunity to flaunt her wealth and ability to buy luxury items. On the opposite end, “imagine,” is a slow, trap-infused waltz, showing Grande’s soft side. She is infatuated with the man referred to in the song, likely a reference to one of her exes, or an amalgamation of them. It’s a lovely track with a sense of passion. Opening the album with “imagine” feels welcoming.

The songs following “imagine” have a similar sentiment. For instance, “needy” is about Grande’s clingy personality and her coming to terms with the more negative aspects of herself. This introspective song has her harmonizing with a choir of soothing voices, singing over bells. The track that directly follows it, “NASA,” represents a major shift in the album. The track features Grande singing about how she loves having space and alone time. It’s very energetic and establishes her independence and desire to go on a journey of self-discovery. Her confidence shines throughout the track and I can see this as one of the album’s next hits.

Another song, “bloodline,” describes a love affair that Grande wants to keep casual. She makes it clear that she doesn’t want anything serious and wants to keep a distance from the other person. The chorus is epic and glamorizes the single life, with an upbeat production with horns and 808s. Following this is “fake smile,” an open letter to saying it’s okay to not be okay, which is relatable in its honesty. Having to pretend you’re okay because you don’t want people to worry can be hurtful to oneself, and to say fuck it and admit you’re not okay sends a powerful message to Grande’s audience. In today’s society, everyone, especially celebrities, wants to present a happy image and risks being shunned or looked at differently if one doesn’t. Embracing the negative emotions and being present in the moment allows you to learn so much from yourself and ultimately become a better and stronger person.

The next track, “bad idea,” is about Grande trusting her intuition and just acting on impulse, even if her decisions are bad for her. It’s the weakest song on the album, lacking a compelling hook. The hi-hats in this track don’t do it justice and while the song had potential, the instrumentals needed something more to really make it perfect. However, Grande makes up for this on the track, “make up.” A light song about make-up sex, it has a lovable hook and the verses have unbeatable flows that are complemented with a spacey instrumental.

In another honest song, “ghostin,” she admits that she has baggage, but that everything will be okay in the future for her and her lover. She alludes to dreaming about another man and doesn’t want this to harm her relationship. Grande is able to come to terms with having feelings for a past lover. The song has an orchestral arrangement, which guides the song, giving it a sentimental feeling. My personal favorite track off the record is “in my head.” She’s conceptualized her boyfriend as perfect, but in reality, she covers up for his mistakes and compromises her happiness for him. She realizes how bad he is for her and that she shouldn’t have put her trust in him.

To finish the album, “break up with your girlfriend, i’m bored” is a bold song. This track ends the album on a braggadocious tone. As the title suggests, Grande wants a man to break up with his current girlfriend to be with her. With no remorse, she’s willing to take anyone’s man without apologies. To end the album with this song demonstrates that although she’s still figuring out life after the drama and heartbreak, Grande has the confidence to do whatever she wants. Soon embarking on a tour to support thank u, next, Grande is far from ending her reign.