Beirut’s Gallipoli is a Ghostly Invocation of Place 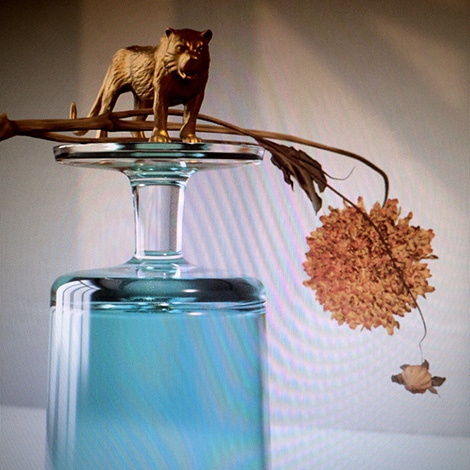 Beirut’s album Gallipoli, which was released on February 1, does not venture into territory that is particularly new for the band, which is fronted by Zach Condon and a rotating cast of exceptionally talented instrumentalists. But the album is impressive in that it does something that few other artists in the indie genre even attempt; that is, foregoing a focus on the singer-subject and instead endeavoring to create a soundscape that exists in a way that is so natural as to feel conjured, or as if it has always existed.

As the name Beirut suggests, the band is dedicated to an exploration of place. More specifically, they seem to delve into a concept that has seldom been so deftly explored in music—that of the essence that pervades various cities or spaces, or that thing which is created by the interaction between an individual and the space through which they move. However, the phrase “We never lived here,” the name of one of the songs in the album, sums up what makes the album’s take on site-specific art so visceral and haunting. All of the spaces, whether physical or emotional, that the songs describe are incredible in the emotional tones that they evoke, but all of them also feel intensely transient.

The album starts with the song, “When I Die,” which is a bleak way to start an album, but one that does an incredible job of setting the tone for the space that Beirut creates. The song, which is strangely upbeat given its title, features a strong instrumental premise and bassline with a voice that is lulling, so fuzzy that it can barely be distinguished from its background. The song’s tone and lyrics can only be described as the feeling of being content, half-asleep in the back of a car, driving in the rain with someone that you care about. It is soft, nostalgic, sad but content.

“What would death steal that could harm me?/Now I feel right/In the darkest lair/I feel right again,” Condon sings. Condon wrote parts of the song with his brother, and this shines through in the lyrics, which seem to suggest a return from the anxieties of adulthood to feeling like he has had the experiences and perspective to gain a sense of return to a pre-adolescent sense of a naturalness of existence.

Next is the title track “Gallipoli,” named after the Italian town in which Condon and his bandmates wrote the song over the span of a day. The song begins with the heralding call of trumpets. Then a deep, slow, voice begins what feels almost like a ballad. The Mediterranean influences of the setting are also deeply felt in the musicality of the piece, which seems to call to mind sea shanties or chants. Background singers add a beautiful, subtle, texture to the piece, seeming to be far away from the singer, washing into the fold like a Greek chorus.

Condon himself reflected on the whirlwind logic of writing the song. “It felt to me like a cathartic mix of all the old and new records and seemed to return me to the old joys of music as a visceral experience. This seemed to be the guiding logic behind much of the album.”

Indeed, this is one of the things that is so apparent listening to the album—that it seems to be a project that is by and for musicians. Rather than focusing on particularly impressive lyrics or even the most technically innovative musical elements, the songs feel a lot like the process of making music. They speak of the joy of sitting in a room with people that you are close to and seeing what works. Sometimes Beirut’s songs are a little too long—you can hear the musicians transition into getting into the groove of the thing that they are trying to do. But that’s almost the point.

“I wanted every creak and groan of the instruments, every de-tuned note, every amp buzz and technical malfunction to be left in the cracks of the songs,” Condon said of the album.

The song “Varieties of Exile” speaks to this ethos of not caring too much what is cool, resulting in a sound that is, of course, very cool. It is, at 5:27, a bit too long. It is lovely in a way that feels almost too sweet for “rock,” with the singer backed by an almost musical-theater-like texture of voices. And then the musical interlude is actually longer than the part of the song with lyrics, which is typically a major no-go. A long portion of the song rambles through non-linguistic chants which seem to evoke the rabbinical, or else the Islamic call to prayer, more than anything else.

“Corfu” is the only piece on the album that is entirely instrumental and fails to gain the eventual drive that many of the other songs do. Listening to it is like being in a jazz jam session before anyone solos. A chord begins to change. You keep waiting for the soloist to enter, but no one instrumental line ever fully takes over. Instead, all of the instruments work in confluence with each other, in a manner that is rhythmically impressive but hardly revolutionary.

Throughout the album, we hear mention of “the city.” Yet the sonic landscape created does not feel urban but rather like a desolate rural space. “Something was moving the ice and the rest of the city,” Condon sings in “Light in the Atoll.” It is that something, then, that Beirut is concerned with. In the song that ends the album, aptly titled “Fin,” the instrumentation is ghostly, with voices weaving in and out like the cast of a transient underwater musical. One finishes the album not feeling like Beirut has put you into another’s body so much as like you have entered into a state in which bodies are no longer relevant.