Track and Field Takes on Toughest Teams in Massachusetts 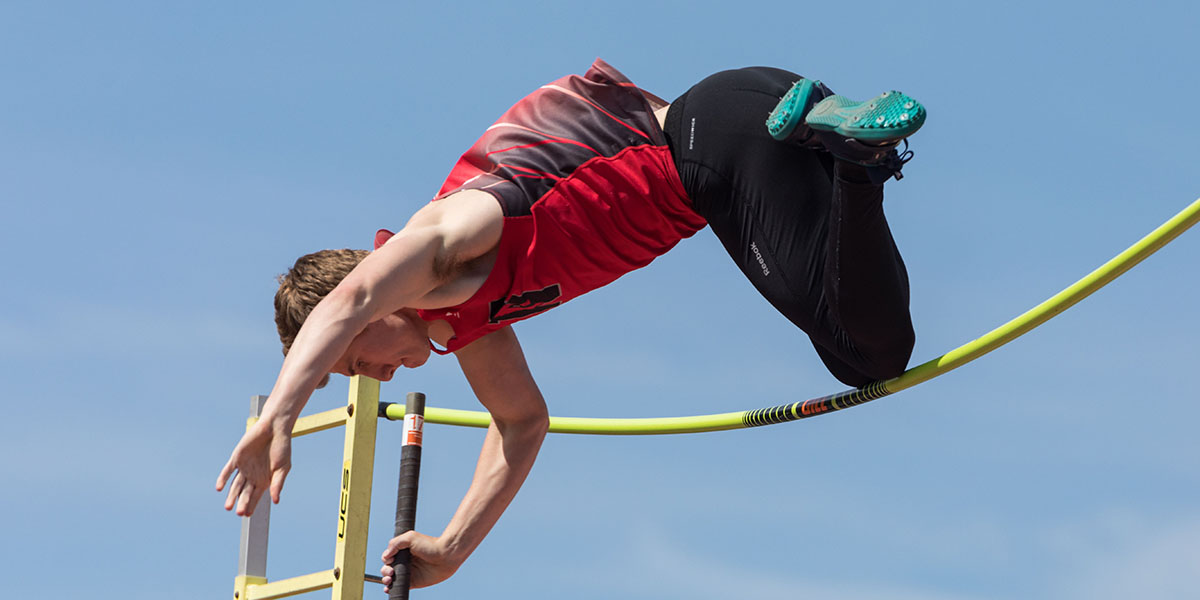 Running is freeing (or so I’ve heard from those who do it regularly). It’s a way to challenge your body while connecting with your physical surroundings, clearing your head, and becoming one with nature.

If this is what running’s supposed to be, the indoor track environment ruins it.

“The air is also pretty bad and stuffy inside indoor tracks, so it took a lot of getting used to,” senior Julia Mitchell, one of Wesleyan’s star distance runners, says. “I guess it beats being outside in a blizzard, although some tracks have particularly bad air (MIT), so it’s somewhat of a coin flip on that one.”

Although it’s been deceivingly warm this week, the Cardinals’ indoor track and field team (perhaps unfortunately) had to remain inside this weekend. The team split up to participate in two meets: the Open New England Championship and the Wesleyan Invite.

The Open New England Championship, also known as the 51st New England NEICAAA, led a fraction of the Red and Black to Boston on Friday, Feb. 1 and Saturday, Feb. 2. Unlike previous meets of the season, the NEICAAA event is selective to athletes that had met qualification times, lengths, and places throughout earlier meets in the season. Competition was a little meatier and bigger than Wesleyan’s accustomed to, as some renowned Division I schools stepped up to the mark. Little Ivy Wes fought against big Ivy League schools such as Brown University and Dartmouth College, while also getting some action in against classic Massachusetts competitors like UMass Amherst and Boston College. Despite the intimidating stance of the bigger schools, the Dirty Birds had the chops to face off and devour some honorable standings.

Senior Andrew McCracken flew solo for the men’s team at the pole vault, claiming a ninth-place finish out of 14 competitors with a 4.55m mark. The women had a few more birds out of the nest in Boston and tied for 19 out of 28 in the team rankings. Individually, Ivie Uzamere ’21 took the bronze for the weight throw with mark of 17.54m. On the track, Jenny Aguiar ’19 placed eighth in the 400-meter prelims on Friday in 57.45, qualifying her for the Saturday finals; fellow senior Rhoen Fiutak took an 11th place finish in the 3k in 10:24.79.

Away from the second-oldest track and field conference in the country and instead in the good old Freeman Athletic Center, the rest of the team participated in the Wesleyan Invite on Saturday, Feb. 2. Although they weren’t in Boston, these Cards still squared up against some MA teams: Worcester State University, Springfield College, UMass Boston, Fitchburg State University, and UMass Dartmouth.

Experience wasn’t necessarily key for the men’s team success at home, as four first-years took home second-place positions. On the track, Christian Denny finished runner-up in the 60-meter with a time of 7.21 seconds, while Nick Carulli raced in the 60-meter hurdles in 8.78. On the field, Noah Olsen finished second in the long jump (6.39m) and Andrew Dearborn took the same mark in the high jump with 1.85m.

Olsen moved down two ranks to fourth in the high jump with a 1.80m mark, while Denny slid to fifth in the 200m in 23.60. Fellow first-years Caelan Campbell and Rachel Morrow also took fifth-place slots in the 200-meter and 400-meter, respectively. Campbell went on to manage a sixth-place finish in the 100-meter.

Wesleyan did not end the day without claiming two first-place titles. Maehl took the top place in the long jump with a mark of 5.09m, while Mitchell won the 3,000-meter in 10:29.62. Mitchell cleared the finish line just about 30 seconds before any of her competitors could say the same.

Although the Wesleyan Invite means the indoor season’s competition is heating up, Mitchell believes tougher competition doesn’t have to change her stride.

“Like every sport, you try to keep your calm and do what you’ve been doing so far,” Mitchell said. “Tougher competition can be daunting at first, but you actually end up having some of your best races against faster people because they push you to your limit and you can’t allow yourself to settle. Just trust the process, I guess.”

Mitchell and the team will need to continue to push themselves as not only the indoor track competition heats up, but the outside temperature as well. While most winter athletes get a break in early March, the indoor track team transitions right into the outdoor season.

“Everything we accomplish indoors is a good sign for outdoors; and outdoors, we compete at NESCACs,” Mitchell said. “Every year we try to distance ourselves from last place, but it’s hard because we simply do not have enough bodies to compete against the swarm of Middlebury and Williams athletes. However, what we lack in numbers, we make up in really high quality athletes. Maybe this year we’ll give Bowdoin a run for their money. And if we’re feeling particularly ambitious and wild, dethroning some Ephs would be pretty sick.”

Both the men’s and women’s team’s return to the track (and field) next week for the Ocean Breeze Meet. Hopefully the meet’s name stands up to its summer-y connotations, ushering in warmer days and a season not confined to stuffy, crowded indoor races.

“It’s one of those things you learn to love,” Mitchell said on the indoor track season. “Or at least try very very hard to.”