“Care For Me” Still Resonates a Year Later 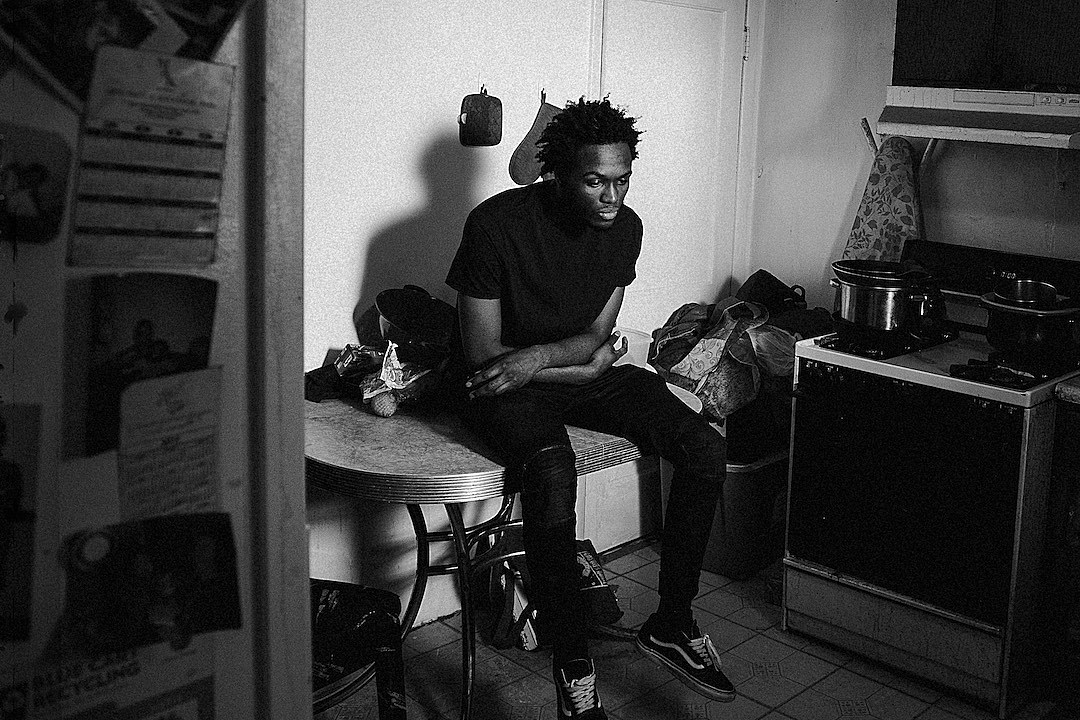 After releasing his second full-length album to critical acclaim, the emerging Chicago rapper Saba, who performed in Beckham Hall last spring for senior week, will begin his global tour starting later this month. Saba’s album Care for Me, which came out last year, is an exploration of his life in the aftermath of his cousin’s fatal stabbing. This sophomore album is his means of therapy to deal with this loss. With themes of death, regrets, and survivor’s guilt, Saba invokes empathy in listeners with a unique and intimate perspective on Chicago violence.

Saba has been making a name for himself since 2012, releasing the albums GETCOMFORTable, ComfortZone, and his debut album, Bucket List. Alongside his solo ventures, Saba has collaborated with numerous rappers throughout his career. Notably, he made an appearance on Chance the Rapper’s Acid Rap, on the track, “Everybody’s Something,” and provided the hook for the Coloring Book track, “Angels.” In addition, his chemistry with fellow midwestern artists Noname and Smino on tracks “Shadowman,” from Noname’s Telefone and “Ace” from Noname’s Room 25, display a blending of soul and jazz that also appears in Care for Me.

While released in April of last year, Care for Me, the album maintains relevance. In an age in which albums tend to be over 20 songs, with a majority of them generally mediocre, Saba’s sophomore release is a cohesive 10-track project that leaves no room for filler. Every track adds to the narrative and themes that Saba is portraying. Every track gives into Saba’s world, allowing him to be vulnerable to the audience.

The album opens with the track “BUSY/SIRENS,” a two-part introduction that sets the tone for the album. The track opens with a somber melody. Saba begins his verse by describing the loneliness of his life. He feels distant from friends, ostensibly because they’re always busy. However, Saba acknowledges that he also plays a role in his loneliness. While touring and creating music, he’s constantly away from those close to him, and it is hard for him to make time for people. He’s even having trouble with his relationship, having to resort to phone sex to maintain intimacy. Saba’s solitude leads to a self-loathing depression that he’s been struggling with for while. “BUSY” smoothly transitions into “SIRENS,” with a verse from artist theMIND. The chorus paints a tragic picture. The subtle change in the chorus from “Sirens on the way, ayy/Now you’re lying where the angels lay” to “Sirens on the way, ayy/Now we’re lying where the angels lay” allows Saba to use the sirens as a double entendre for ambulance sirens, representing emergency sirens driving towards his cousin Walter after his having been stabbed, and police sirens, where “we’re” represents those who are suffering from police brutality. The lyrics, “Riding through the city/ I’m young, I’m black, I’m guilty,” represents the fact that in the eyes of the law African Americans are viewed as criminals, and live with the phrase, “guilty until proven innocent.”

“PROM/KING” is where Saba’s storytelling abilities shine through. The first half of the song entails Saba’s experience with prom. After getting rejected, his cousin Walter finds Saba a date. Saba has doubts, because Walter was never this kind to him growing up. But seeing that his intentions are pure, Saba accepts the offer and is excited about the upcoming prom. To return the favor, Saba helps pay off Walter’s suit for prom, and the two anticipate an amazing night. However, Saba has an altercation when his date’s older brother, at an afterparty, threatening to kill him if he tries to have sex with her. Saba decides not to tell Walter because he knew how protective Walter is and anticipates that it would lead to a fight. “PROM” establishes the close relationship that the two have and how important Walter was to Saba. “KING” is a flashback that begins on a high note. The drums are feel energetic, and Saba tells his experience with Walter during their rise in the rap game. From having difficulties in college, to having to bully their way to the top at open mic nights, their relationship blossoms, showing how protective Walter was of his cousin. Everything is going well in Saba’s life. However, there’s a drastic shift. The track changes from upbeat to frantic and anxious. The drum break becomes rapid and creates a panicky feeling. Saba begins to rap faster as he gets a phone call from Walter’s mother, trying to find him. The song ends with a chilling audio from Walter singing the words, “Just another day in the ghetto/Oh, the streets bring sorrow/Can’t get up today with the schedule/I just hope I make it to tomorrow.”

From these two tracks alone there are phenomenal stories. The rest of the album is just as personal and poetic. “FIGHTER” is about the constant battles that Saba has faced throughout his life. As a child, he had to stand up for himself by fighting neighborhood kids. As an adult, he gets into feuds with his grandfather about not pursuing a college education, and into a verbal fight with his girlfriend because she feels that he doesn’t respect her and what she has to say. Furthermore, Saba has internal conflicts over his insecurities and guilt for Walter’s death. On the final track, “HEAVEN ALL AROUND,” Saba raps from the perspective of Walter’s ghost, who hasn’t yet realized that he passed away. Lyrics like, “Chalk outline look like my shadow/Hand go right through the wall if I try to touch,” represent Walter’s realization of his passing as he starts to enter heaven.
It is rare for an album to be simultaneously so action packed and so emotional. Care for Me is a truly well-written album that deserves recognition.