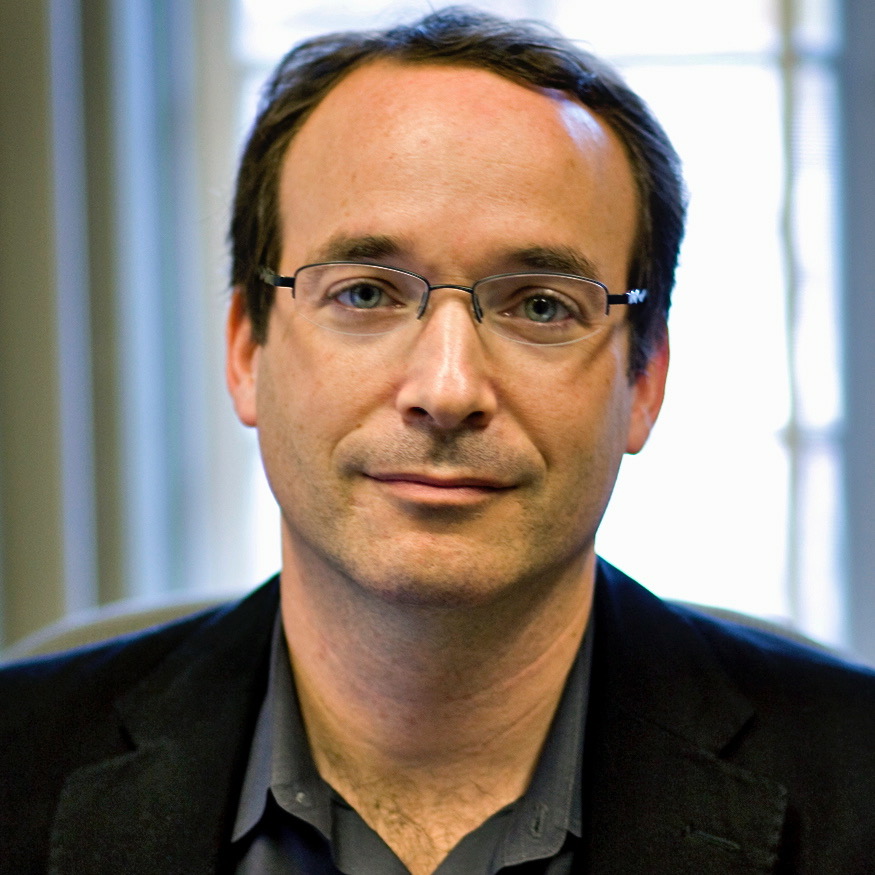 Associate Professor of Religion Andrew Quintman’s office seems to be built for conversation. His desk takes up one corner of the room, while the rest of the space is filled by several chairs, a small coffee table, and a little bowl of candy. The most notable feature of his office, though, is the colorful volumes that line the walls in floor-to-ceiling bookshelves. The Argus sat down with Professor Quintman to learn more about his work and these texts.

The Argus: What kind of reading are you doing at the moment?

Andrew Quintman: Oh, boy. Well, here I am surrounded by books in this office. I often think that it’s an academic hazard. If there was ever an earthquake, I would die. Live by books, die by books. So, I read many different kinds of things. There are books that I read in professional life that have to do with Buddhist studies, with translation of Buddhist texts, and with studies about the Tibetan and Himalayan world.

My reading sort of spans translations of traditional texts but also the kind of social history of the Tibetan Buddhist world. I have a big project on the life of the Buddha from an extraordinary set of 17th-century Tibetan mural paintings that are related to a parallel 17th-century text that tells the story of the Buddha. I am working to relate the text, or literary narrative, with the visual narrative, so I’ve been doing a lot of reading about analysis of visual narratives and the different kind of logics that are involved in understanding visual narratives in relationship to textual narratives. I also try to read fiction when I can, you know, but during the school year it’s hard. I live for summer and winter breaks when I actually get to read things for fun.

A: Can you speak more about the 17th-century text you mentioned?

AQ: Sure, well, this is actually a long-running project, it’s called the Life of the Buddha Project, and there’s a whole digital component, Lifeofthebuddha.org. It’s based on the murals from the monastery called Phuntsholing Monastery, in Western Tibet. There was a text that tells the life of the Buddha written by the abbot of the monastery, and it’s called, in translation, “The Sun of Faith.” There are hundreds of accounts of the Buddha’s life; this one is really unique, for many reasons. It’s quite extended, it’s very detailed, the author works from sources that other Tibetan authors ignored, and what’s so amazing is that not only did he write this extended textual narrative, but he painted this exquisite, extraordinary mural-scape of the Buddha’s life as well, that covers about 1500 square feet of surface. It matches pretty much chapter-by-chapter, scene-by-scene of the text that he wrote.

A: So it sounds like many of your readings involve translations. Do you read any Tibetan?

AQ: I do, I spend a lot of my time reading old Tibetan books. I was trained in part in a subject called philology, which is the study of old texts, but also in translation, so some of the early work I did was about one of the earliest Tibetan narratives. It was a hagiography, or the life story of a Tibetan Saint, whose name is Milarepa. It was called “The Life of Milarepa.” I made a new English translation of that story and also a literary historical study of the importance of that story. But I’ve now become interested in Buddhist poetry and translations of Buddhist poetry. I’m currently working on a project that is the history of Buddhism in the Himalayan borderlands, looking at the role of one particular monastery that was five kilometers from the border of Tibet and Nepal, on the Tibet side. It was a small monastery, but historically quite important and deeply influential. I’ve spent the last couple years reading texts written by a famous abbot of this monastery, to try and understand the history of Buddhism in this borderland area as a kind of unique tradition. Since borderlands are places where various traditions meet, they intermingle, they can test one another, and they’re often reformulated into something new, so I’m trying to understand what Buddhism looks like in the Himalayan borderland areas. Much of that work has been dependent on reading these old historical accounts, reading classical Tibetan. So I read mostly classical Tibetan, but was also trained in Sanskrit.

A: Do you feel that being able to read those texts as they’re written, in their original language, changes your understanding of the content?

AQ: Oh, without a doubt. That was one of my interests honestly, going into the field. When I was finishing up my undergraduate degree and also when I started graduate school, was the knowledge that there is such a vast universe of Tibetan literature written in Tibetan that has never been studied. It’s often said that Buddhism is not a religion of the book, it’s a religion of books. The Buddhist Canon, in the Tibetan formation, is usually over 300 volumes of texts. Thousands and thousands of individual texts, hundreds of thousands of pages, and that’s not even taking into account the writings of historical teachers, throughout the centuries in Tibet. There are thousands upon thousands upon thousands of texts that are philosophy and doctrine, they’re history, they’re ritual, they’re descriptions of sacred sites and pilgrimage places. I would say only a very small percentage, less than five percent of that literature has ever been studied by scholars in the West. You could almost close your eyes and point at a text and it would be something that no one has ever looked at before. So that, to me, is really exciting.

A: Could you tell me about some of the specific texts that are meaningful to you in terms of your study or your area of work?

AQ: These days, I’m most interested in two sorts of texts. I’m really interested in narratives. So this goes back to my work in “The Life of Milarepa,” and now the life of the Buddha also. “The Life of Milarepa” in some ways was based on the life of the Buddha. I’m interested in those kinds of works as literary works. There’s a history in the scholarship of Buddhist studies to look at texts as containers of data. So we can read a text and maybe we can understand who this figure really was, what he really did, or we could find out something about the worldview of its author, when it was written, the communities in which it was written, and who was reading those texts. And those are important questions to ask, but I’m increasingly interested in the texts themselves as works of literature. And this is something very common in the study of the great books and English lit, or even in French or German or Latin; you can study texts and think about them from an aesthetic point of view. And that’s really been lacking in the field of Buddhist studies, and it’s something I’ve become interested in. So reading narratives as literary works. And that’s also led me to reading and thinking more about poetry too, about Buddhist poetry.

A: That’s all for the questions I have, but is there anything else you’d like to add about your books, your work, or religion in general?

AQ: I would just add that I’m new to Wesleyan; this is my first year here. I’m absolutely thrilled to be here. It’s a really exciting group of colleagues, the other faculty in this department, doing really interesting, exciting work. But I’m also really excited and inspired by the passion and energy and creativity of the students that I’ve encountered so far. It’s been a great place to work and teach and think so far.