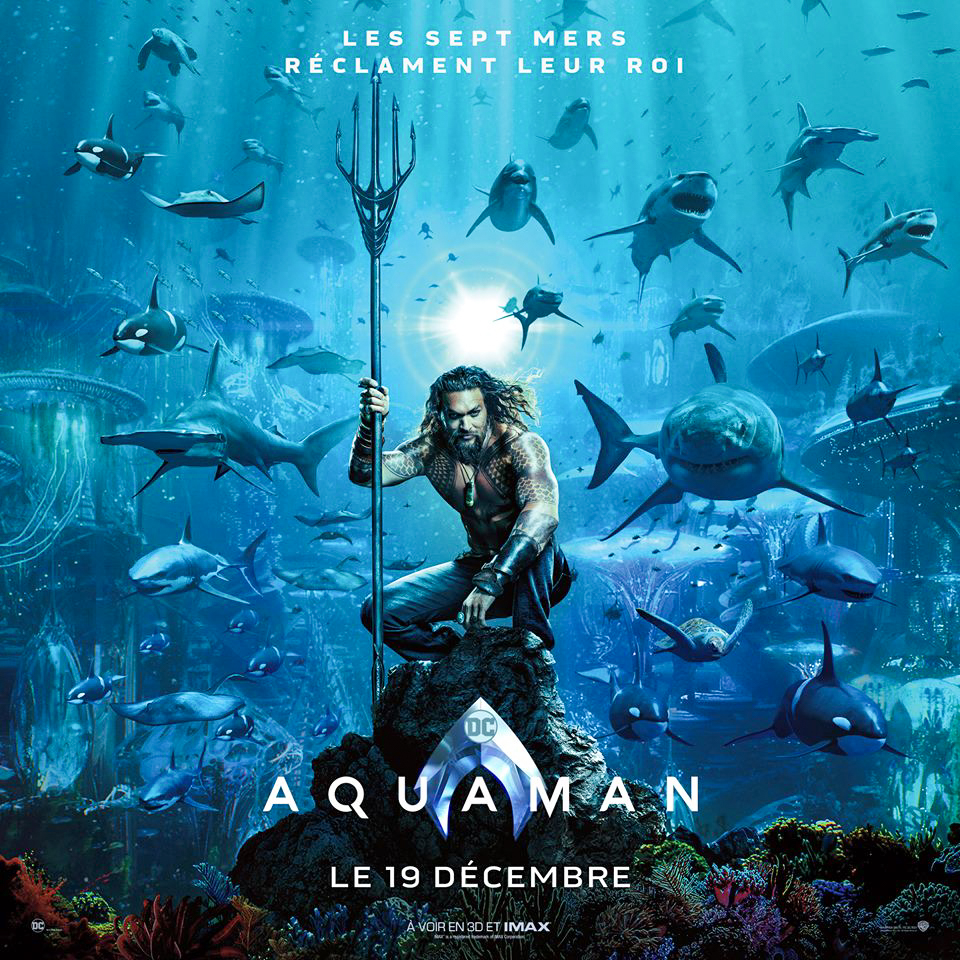 It shouldn’t come as much of a surprise that “Aquaman,” despite the inherent silliness of its title character, has become a smash hit at the box office. One need only glance at the marketing campaign; with stunning visuals set within an imaginative fantasy world, an appealing cast, and the promise of a fun adventure flick, “Aquaman” seemed like a guaranteed good time at the movies.

The overwhelming scale of the film’s success is a bit more surprising. It has, as of writing, grossed $1.09 billion across the globe, outpacing “Wonder Woman” and “The Dark Knight” to become the highest-grossing DC comics movie ever. That’s to say nothing of the money it’ll continue to make in theaters, and when it releases on streaming services.

But the success of “Aquaman” is truly shocking for one simple reason: It’s an awful movie. Not the kind of blockbuster that’s messy or uneven but still entertaining; nor the kind that’s merely serviceable. “Aquaman” is insufferable, a chore to sit through as it slogs from opening frame to underwhelming finale.

The problems of “Aquaman” begin with its screenplay, which seemed to view George Lucas’ scripts for the “Star Wars” prequels as the Platonic ideals of screenwriting. That’s the only explanation I can come up with for why “Aquaman” consistently repeats the missteps of Lucas’ trilogy of dumpster fires. Both franchises are obsessed with needlessly elaborate and fundamentally uninteresting politics. The prequels spent hours outlining trade disagreements, military strategizing, and the rise of authoritarianism, never giving us a reason to care or a solid grasp on how anything worked. Similarly, “Aquaman” devotes much of its runtime to the political strife between the seven kingdoms of Atlantis, the underwater kingdom where much of the movie is set. We are meant to gawk, in horror, as the film’s villain, Orm (yes, Orm– I felt tremendous pity for Patrick Wilson, trying in vain to make a character named Orm intimidating) violently forces several of the kingdoms to join his plan to wage war against the surface world. In the “grand” finale, we’re supposed to be deeply concerned when Orm attacks a kingdom comprised of crab people, who literally never appeared on screen before then. Fantasy politics do not a good blockbuster make.

There are other parallels between this film’s script and Lucas’, namely the forced romance between two leads without chemistry; too many villains; an unfocused narrative; and the general sense that all of this is going on for far too long (astonishingly, “Aquaman” was allowed to be nearly two-and-a-half hours of insufferable nonsense).

Then there’s the uniformly bad acting, which falls under two camps of terrible performances. The first camp, comprising the likes of Nicole Kidman, Willem Dafoe, Dolph Lundgren, and the aforementioned Patrick Wilson, comprises incredibly talented actors given in thankless roles. Dafoe, who plays Aquaman’s mentor and the film’s exposition deliverer, can barely hide how depressed he is to have taken his role for the paycheck; no amount of money can make up for the suffering he must’ve endured standing in front of green screens and speaking gibberish, with his hair done up in a man-bun. Other members of the cast, such as Amber Heard as the love interest and Jason Momoa as the titular character, give plainly bad performances. Momoa isn’t entirely to blame; he was fun in “Justice League” when he was essentially playing Aquabro, but here he’s disappointingly forced to play a generic, personality-free hero.

Small positives to “Aquaman” exist, namely James Wan’s direction (particularly his hyper-active and exciting action scenes) and the previously mentioned visuals. But that alone cannot explain the astonishing success of the film; it couldn’t have gotten this far on marketing alone. There must have been remarkably positive word of mouth, countless people recommending the film to friends and on social media. The movie itself, not its marketing, somehow must have been appealing on a massive scale.

A similar phenomenon took place with “Venom,” the Tom Hardy movie about an alien symbiote which latches onto a host and begins wreaking havoc. As I wrote in my review, that film was also a disaster, lacking any semblance of coherence (though, mercifully, that movie is less than two hours long). Despite the film’s clumsiness, “Venom,” like “Aquaman,” was also a hit, grossing around $850 million worldwide, roughly eight times its budget.

The two massively successful and massively incompetent films point to a worrying trend in Hollywood: If a superhero flick simply copies the tone, but not the charm or fun, of a Marvel Studios movie, it’ll make bank at the box office. Indeed, both “Venom” and “Aquaman” prided themselves on being very silly and over the top, forcing wisecracking heroes to fight to save the world. These are the qualities seen in every movie within the Marvel cinematic universe (MCU), which no doubt helped make the franchise an unstoppable juggernaut.

But Marvel has consistently picked talented artists to create their films. Working within the franchise’s formula, the writers and directors of the MCU add unique touches to movies that could otherwise be mediocre cash-grabs. Ryan Coogler crafted a film grappling with colonial and post-colonial issues with “Black Panther,”; Joe and Anthony Russo mixed 70s-era conspiracy films with Jason Bourne-style action in “Captain America: The Winter Soldier”; James Gunn brought his unique comedic sensibilities and delightful character work to the “Guardians of the Galaxy” films. They’re undeniably formulaic films, but at least they have personality.

“Venom” and “Aquaman” not only lack that, they lack the basic mechanics of good storytelling. They’re terribly lazy films, in other words, and their success should worry us. They borrowed the goofy, slightly ironic tone of Marvel movies, but they’re also disastrous; their success begins and ends with the box office. But box office receipts are what producers care about. “Venom,” and “Aquaman,” have offered Hollywood proof that it’s not quality that audiences crave but copying a few of the basic tenets of Marvel movies. In other words, we should all brace ourselves for a few more years of bad superhero movies.