“Red Dead Redemption 2” Perfects the Art of the Prequel 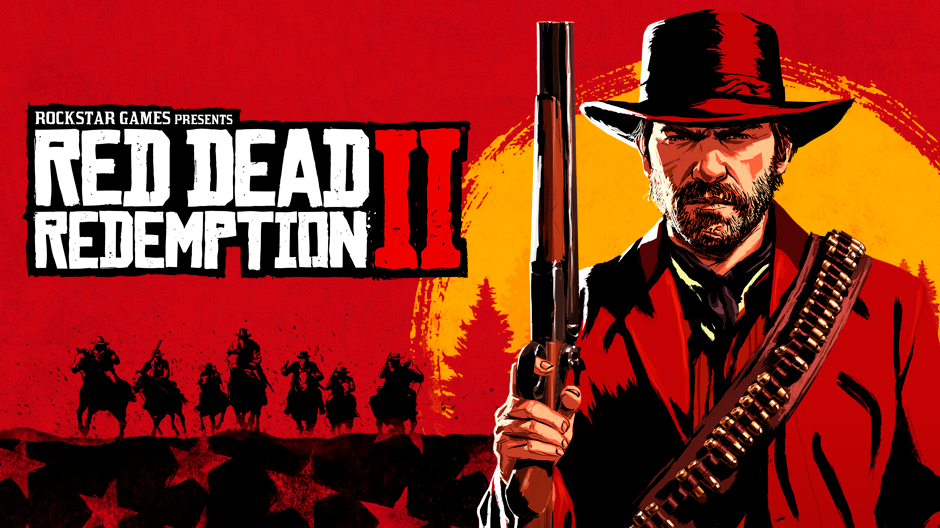 Despite being one of the biggest games of all time in terms of its massive budget, the overwhelming anticipation surrounding its release, and the staggering scale of its world, “Red Dead Redemption 2” gets off to a bizarrely slow start. Given that the game is a Western about a gang of outlaws, you would expect the story to begin with the vast and expansive American Frontier, or a thrilling bank robbery. Instead, you’re trapped in the snowy mountains; members of your gang have either died or are worried that an upcoming blizzard will leave them frozen; and the bank robbery you expected already happened. It went badly, and so you’ve been forced to flee from law enforcement into the mountains. As Arthur Morgan, an outlaw who’s been with the Van Der Linde gang for much of his life, you spend the first few hours attempting to survive the oppressive, suffocating weather conditions. Why Rockstar Games chose to focus on this, as opposed to letting us experience what must’ve been a tense, exciting robbery, was baffling.

It wasn’t until hours later that the purpose of these dreary early missions became clear. “Red Dead Redemption 2” is not a game about the thrills of being an outlaw in the Wild West; at least, not narratively. It’s not about the exhilaration of robbing a bank, but the devastating aftermath. The events of the early missions (bank robbery gone wrong, gang flees to a new location, plots a new get-rich scheme which inevitably backfires) repeat themselves throughout the game. But it’s the repetitive nature of the story that allows “RDR2” to be an improvement upon the original, greatly deepening the main themes set out by its predecessor.

Despite the “2” in the title, “RDR2” is actually a prequel, set roughly a decade before the original game. In that game, you play as John Marston, who left the gang some time ago, choosing to instead make an honest living as a rancher while taking care of his wife and son. His perfect life is destroyed, however, when federal agents kidnap his family and force John to kill down all the remaining members of his former gang. By the game’s end, John has succeeded, but the feds betray him, gunning John down in cold blood. Some years later, his son Jack, now a young adult, finds and kills the agent who led the assault against John. The main motif of the first game was fatalism. Despite his best efforts, John could never escape his past and live the peaceful life he wanted. The law would inevitably hunt him down; once an outlaw, always an outlaw.

Yet, the narrative structure of “RDR2” allows for a deeper exploration of fatalism. Players watch, over and over again, as Arthur and the rest of his gang suffer the same consequences. They try, again and again, to gather enough funds to flee the country, only for lawmen to find them once again. People die; the gang flees to set up camp somewhere else; they craft new plans. This kind of repetition may sound like it would be dull, but the opposite is true. It’s a character driven story. Every failed plan takes its toll on the various gang members: some grow disillusioned with the cause, others slowly lose their minds. It’s a story about devastation, both physical and personal, caused by the gang’s inescapable fates. It’s a smart theme for a prequel, given the dramatic irony at play. We all know what will eventually happen to these characters; it doesn’t matter what anyone does, John’s fate will remain the same.

The game takes advantage of this dramatic irony over the course of the story, but no more so than during its finale. Arthur, slowly and painfully dying from tuberculosis, loses faith in the gang he spent nearly all of his life working for. With mortality staring him in the face, he decides to make the most of his final days and do something good: help John Marston leave the gang and start a new life with his family. In the final mission, Arthur and John are surrounded by federal agents out to kill them, and Arthur is presented with a final choice: either help John flee to safety or return back to camp to steal the stash of cash hidden by the gang’s leader, Dutch. Either way, Arthur is confronted by Dutch and Micah (a member of the gang who had been working as an informant for the federal agents). How things end depends on how you played the game, either as a morally upright and “honorable” character, or a “dishonorable” violent outlaw. Arthur is either killed by Micah, lying face down in the mud (the “dishonorable” ending), or gasps his last breath while staring out at his final sunrise. He doesn’t even get the satisfaction of getting the bad guys; Dutch and Micah flee the scene, and he’s too weak to stop them anyways.

It’s heart-wrenching to watch. Arthur’s sacrifice, the titular “redemption,” is entirely in vain. John never truly escapes the life of an outlaw. One day, in the not-so-distant future, his family will be kidnapped; he’ll gun down Dutch and the others; he’ll be killed. Arthur died to save a man who couldn’t be saved; his end was set in stone before the game even began. Arthur’s death might’ve been hopeful, if “RDR2” weren’t a prequel. It would’ve seemed like he died to let his friend live. Instead, we know that he only delayed the inevitable.

But as agonizing as it is to watch Arthur’s end, it pales in comparison to the game’s epilogue, which follows John as he comes to create his ideal life on a ranch. In one sense, it’s the most tedious section of the game, forcing you to perform dull tasks such as milking cows, shoveling manure, and building houses. Its tedium is in service of a larger point, however. Rockstar wants us to experience all the struggle and hard work that John pours into creating a life that we know won’t last. The narrative highlight of the entire game, one that shows the immense power a prequel can wield, follows John as he proposes to his girlfriend, Abigail. It’s a mission that delicately balances sentimentality with the often tense, realistic relationship built up between the pair. John takes Abigail into town to get a portrait of the two of them, they see a show at the local theater, and watch a sunset from a lake, where John proposes with a ring given to him by Arthur. As sweet as the scene is, the proposal is painful to watch. Abigail is doomed to be kidnapped, John will be gunned down in the farm he worked tirelessly to build, and their son Jack will turn towards a life of violence not so dissimilar to the one his father tried to escape.

It’s risky, to say the least, for a multimillion-dollar game to take the kind of narrative risks that “Red Dead Redemption 2” takes: telling a sobering, pessimistic story in slow, occasionally deliberately boring fashion; denying the player the satisfaction of watching their character triumph, or at least accomplish something meaningful; and forcing characters in the same kinds of scenarios over and over again. It is equally risky to tell such a story over the course of roughly fifty hours, especially when the original game seemed long at fifteen. But the risks that pay off tremendously. By the time the credits roll, you’ll feel like you’ve spent a lifetime with Arthur, John, and the rest of the gang, and it’s this connection that allows the story to work so beautifully. You’ll be able to truly understand the misery and suffering they undergo every time they repeat the violent cycle of failed robberies. Knowing how that lifetime will end only adds to the anguish.