“Ralph” Doesn’t Quite Break the Internet 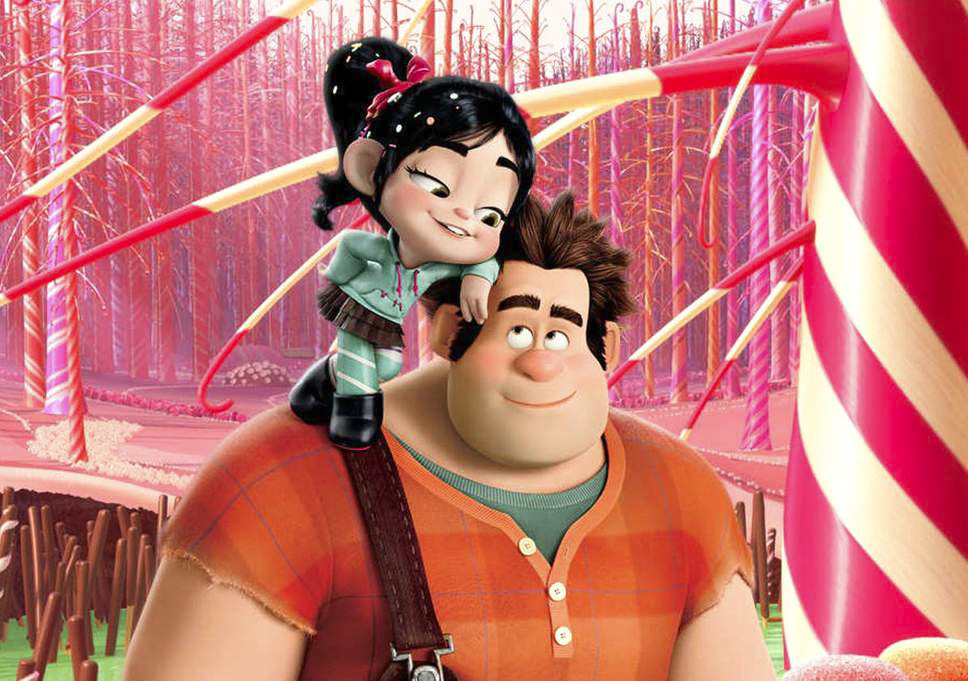 There are a myriad of reasons why the new follow-up to “Wreck-It Ralph,” Disney’s animated movie about video game characters facing existential crises, shouldn’t have worked, besides the fact that most sequels fall flat. It’s mainly because it chose, as its primary setting, the internet, a vast hellscape of narcissism, toxic comment sections, and corporate pandering. Beyond any initial wonder at what modern technology can do, the internet appears, to any reasonable person, to be a beacon for the worst of humanity. It is, in other words, a terrible, terrible setting for a movie aimed at children.

“Ralph Breaks the Internet,” however, is both the kind of silly, lighthearted entertainment you’d expect from Disney, and a genuinely sharp satire of the Internet. Directing duo Phil Johnston and Rich Moore depict the internet using elaborate, colorful visuals, while managing to find clever visual representations of the worst aspects of the web. A script co-written by Johnston and Pamela Ribbon similarly finds ways to parody the internet and its users, and nestle that within a well-told, age-appropriate story about friendship.

And yet, despite all that there is to like about the film, I don’t feel particularly impressed by it, nor do I think it’s all that memorable. It has all the beats of a classic animated kids movie, such as “Toy Story.” It manages to sneak in serious themes and discussions into shots engulfed in bright, neon colors; there’s excellent voice acting; and there was a climactic scene that was both genuinely moving and worked as a smart moral lesson. But this is a movie produced by Disney, not Pixar, and it shows. All of the machinations of a great animated movie are there, but the soul is missing.

But I’m getting ahead of myself: “Ralph Breaks the Internet,” takes place six years after the original, and follows Ralph and Princess Vanellope (John C. Reilly and Sarah Silverman, a delightfully charming duo) as they venture out from their arcade and into the internet. A piece of Vanellope’s game, “Sugar Rush,” was broken, and there’s only one, overpriced replacement piece on the web. The pair set their sights on purchasing that replacement piece on Ebay to prevent “Sugar Rush,” from being replaced. (Side note: there’s a mildly discomforting subplot in which, as a result of the broken arcade game, Vanellope and the other characters in her game essentially become homeless refugees, which is a fairly dark means of establishing the stakes, though most kid’s movies tend to be darker than anyone ever remembers). The pair embark on an elaborate journey through the internet, from random pop-up ads to parodies of “Grand Theft Auto.”

It’s in the visuals, and their accompanying satirical bent, that the film really shines. The internet is represented as a kind of vast, utopian metropolis. Countless avatars, representing real-life people on their computers, commute from website to website. Massive corporations, such as Amazon and Google, are presented as towering skyscrapers. Pop-up adds are sidewalk salesmen, shoving bright signs in the faces of passersby and chatting obnoxiously about their obviously over-hyped products. This representation of the web allows the film to have the vivid and vibrant colors that kids expect, while also poking fun at the best and worst aspects of having Wi-Fi access.

Beyond satire, there’s a genuinely heartwarming and emotionally mature story within “Ralph Breaks the Internet.” Vanellope has grown tired of the daily repetition of her job, but quickly finds herself at home in an online game called, “Slaughter Race.” She enjoys the thrills of driving through the explosion filled streets of crime-ridden city and finds new companions when she meets a fellow racer Shank (Gal Gadot) and her pals. But Ralph wants his best friend to stay with him and grows increasingly frustrated with Vanellope’s desire to leave. It culminates in a poignant climax, in which Ralph learns to let his friend lead her own life, even if it means they can’t see each other as much. I’d be lying if I said I didn’t tear up a little bit.

Still, I left the theater a little unsatisfied, a feeling which has only grown since I saw the film over Thanksgiving break. Maybe it’s the imbalanced narrative structure, which spends far too much time on Ralph trying to pay for the replacement part and not enough time developing the growing split between him and Vanellope; maybe the supporting characters aren’t memorable enough; maybe I was turned off by the obnoxiously lengthy list of references to other Disney-owned properties. Whatever the case, the film is entertaining and moving, but only to a limited extent. It’s a very good film, but the kind of very good film which is easily forgotten, if only because it was just a few steps away from being a great film.