MINIVAN Creates a Spectacle With Drag and Experimental Music 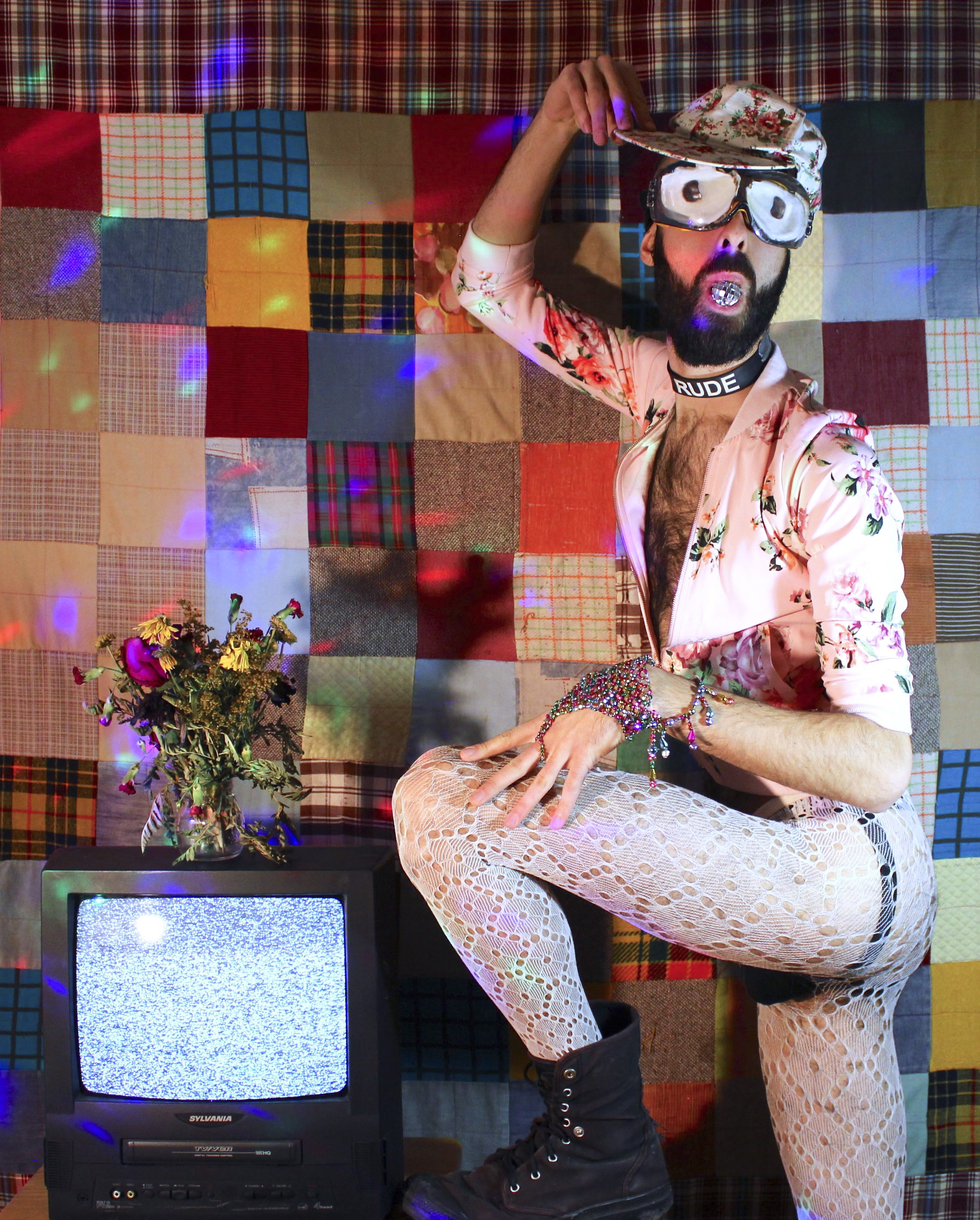 Ron Shalom ’16 presented his master’s thesis, a collective colonoscopy, “The Orifices of Time”  in Memorial Chapel. He talked about his digestive tract, campus security, and the pornography, among other things. Shalom has colitis, an autoimmune disease in which his colon slowly digests itself, so his relationship with his body is complicated, to say the least. Two years after that final presentation, Shalom has returned to the University to present his solo project, MINIVAN, a combination of drag performance and electronic pop music. The new EP, CreepySexyCool, features seven songs, six of which he performed in Music House this past Thursday. Shalom only had one request for the performance: that the lights be turned all the way off. He then stood behind a white curtain and began his transformation.

The opening track, “Who Am I” dealt with the amorphous bounds of hookup culture, where a lack of communication can leave one feeling lost, confused, or alienated. MINIVAN struggled to sort out their place in this relationship, asking “Am I your booty call? / Am I your sex friend? / Am I someone you even like?” The performance for this song began with MINIVAN wrapped in a wedding veil in front of a white sheet before quickly stripping into a black corset. Throughout the performance, MINIVAN played with light in unconventional ways, at one point placing a fidget spinner on their forehead like a jewel on a crown. Most of the show’s lighting effects, in fact, came from a handheld projector ball, engulfing the room in beams of light.

The turnout was an intimate one, but I doubt that anyone who attended would easily forget it. The audience sat on the floor or on couches, absorbed by the small, yet potent, spectacle. Even in a more modest venue, MINIVAN’s stage presence is electric; you can’t take your eyes away from the jerky, expressive choreography. After a few years’ lull, drag has reentered campus with student groups, performances, and high-profile guests such as The Vixen. MINIVAN may not have the polish of “RuPaul’s Drag Race,” but its drag has a rawness and freedom to it that seems distinctly Wesleyan. In fact, watching it, you might semi-ironically feel the phrase, “#ThisIsWhy” pop into your mind. Shalom’s opener was an impromptu classical saxophonist who riffed for roughly 20 minutes, blowing screeching air at his own discretion. At one point, during his performance of “Ships in the Night,” Shalom presented a paper-maché replica of his head and destroyed it in front of the audience. The moment was shocking, absurd, and hilarious, but throughout the show what gripped you most about MINIVAN was the sheer emotional honesty. 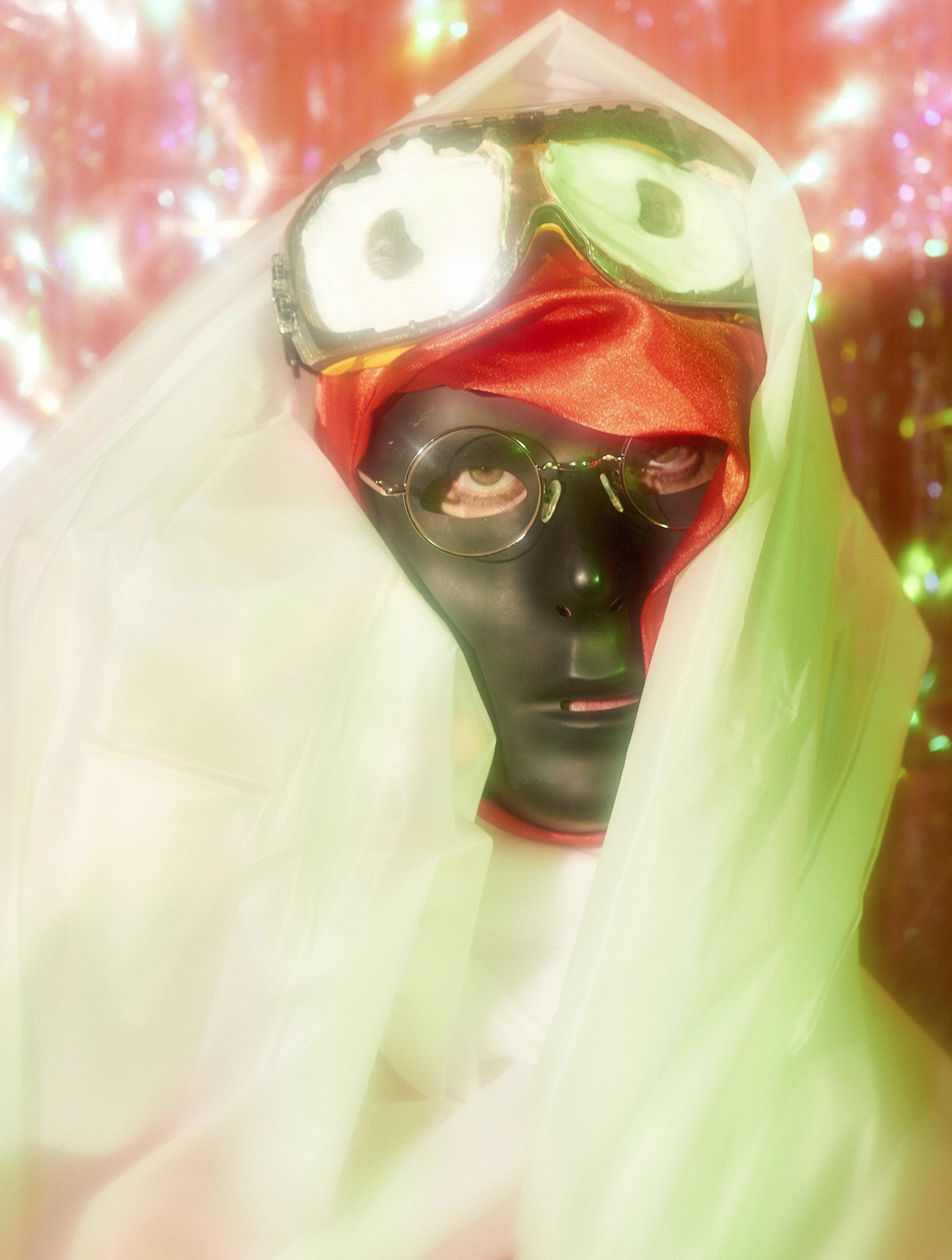 Counterintuitively, many who participate in drag find themselves both performing a distinct identity and expressing it at the same time—there’s a truth to artifice. MINIVAN, for all its wacky showboating, maintained a touching kind of vulnerability at its core. Much of the album dealt with themes of lost love and miscommunication, seen through the lens of a gay man feeling isolated from both others and himself. The gay hookup scene can be an obstacle course, with identity compartmentalized into “top” or “bottom,” “femme” or “butch,” and every twentysomething on different terms with their sexuality and how it relates to them. Drag is one way queer individuals can navigate these many different facets of themselves, but under every elaborate intellectualization there’s simply how it makes you feel. MINIVAN combines the tongue-in-cheek (no pun intended) with this very real sense of confusion.

It’s hard not to compare MINIVAN’s retro electronic sound to another prominent and quirky alum project, MGMT. Much of MINIVAN’s production had an ’80s nostalgic quality to it, with peeks of the distinctive Wesleyan experimental sound—that is, jazzy, atonal nonsense packaged into pop music in the best way possible. Although CreepySexyCool is an album, MINIVAN itself is more of a concept or experience, one you can only take in with all five of your senses (okay, maybe not taste— yet). If you missed the performance at Music House, you can get in the van yourself on YouTube, where Shalom has uploaded music videos for most of the tracks, featuring all the same costuming and choreography but with added animation and a higher set production value. (Not to undersell the MuHo performance, whose minimalist sheets and lamps were perfect as they were.)

If I had one word to sum up MINIVAN and/or Ron Shalom, I would need three. CreepySexyCool perfectly describes the Wes-born artist, and beyond that MINIVAN prompts more questions than answers.