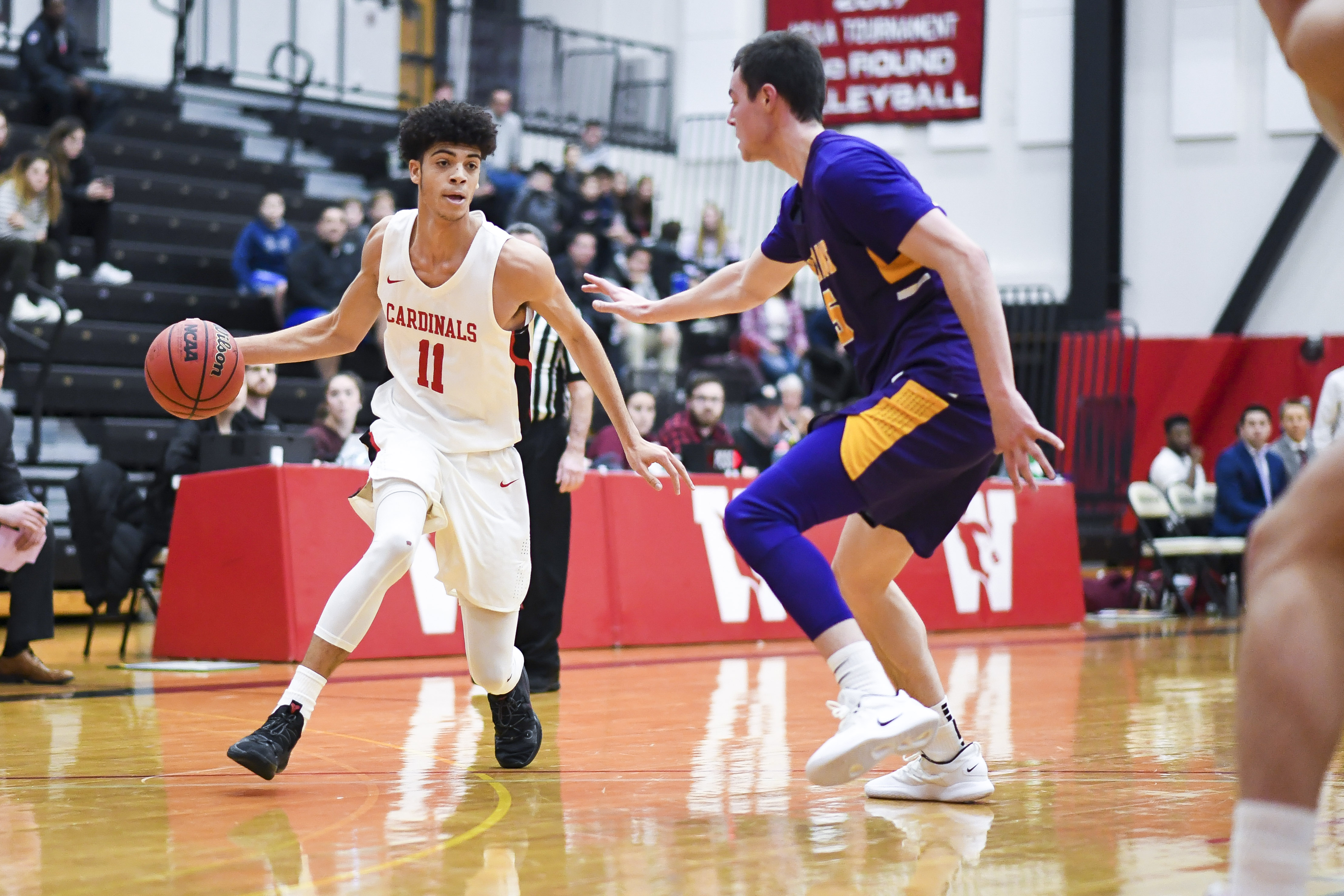 The men’s basketball team continued their up-and-down season this past week, defeating Farmingdale State University on the road this past Wednesday before losing to No. 2 Williams at home last Saturday. Although disappointed by the defeat to a Little Three rival, the team is confident it can learn from the loss and is excited to have another crack at the Ephs come January.

The Cardinals got out to a strong start Wednesday against Farmingdale State, knocking down consecutive three pointers before a transition layup by captain Jordan Bonner ’19 put Wesleyan out in front 8-0 in the first minute of the game. Wesleyan pushed the lead to 14-4 before the Rams responded with an 8-0 run of their own. This would be as close as Farmingdale State would come, however; Wesleyan rolled off on a 14-2 run and would eventually lead at the half 44-32 following a final possession jumper by Austin Hutcherson ’21.

Hutcherson scored 16 in the first half and finished as the game’s high scorer with 25. Farmingdale State narrowed the gap in the second half, cutting the lead to four with three and a half minutes to go in regulation. The Cardinals responded with a 12-2 run to cap off the game and ensure their third victory with a final score of 85-71. Antone Walker ’21 (not to be confused with a certain 3-time All-Star forward for the early 2000’s Boston Celtics) notched 24 points on 5-8 shooting from beyond the arc, while Bonner recorded a double-double with 18 points and 14 rebounds. Bonner also lead the team with five assists.

Although the game was designated out-of-conference and won’t count toward overall standings in the NESCAC itself, losing to rival Williams remained a bitter pill to swallow. The Ephs got out to a 6-0 run, eventually leading 30-20 after seven minutes of playing time. Following an 8-1 run and a JR Bascom ’18 GR ’19 layup, Wes got within three with five minutes remaining in the half, but Williams countered with eight of their own, eventually leading 39-30 at halftime. With a little over five minutes to play, the Cardinals had cut the lead to six, but Williams would go on to seize a 75-61 lead with three minutes remaining and effectively close out the game. 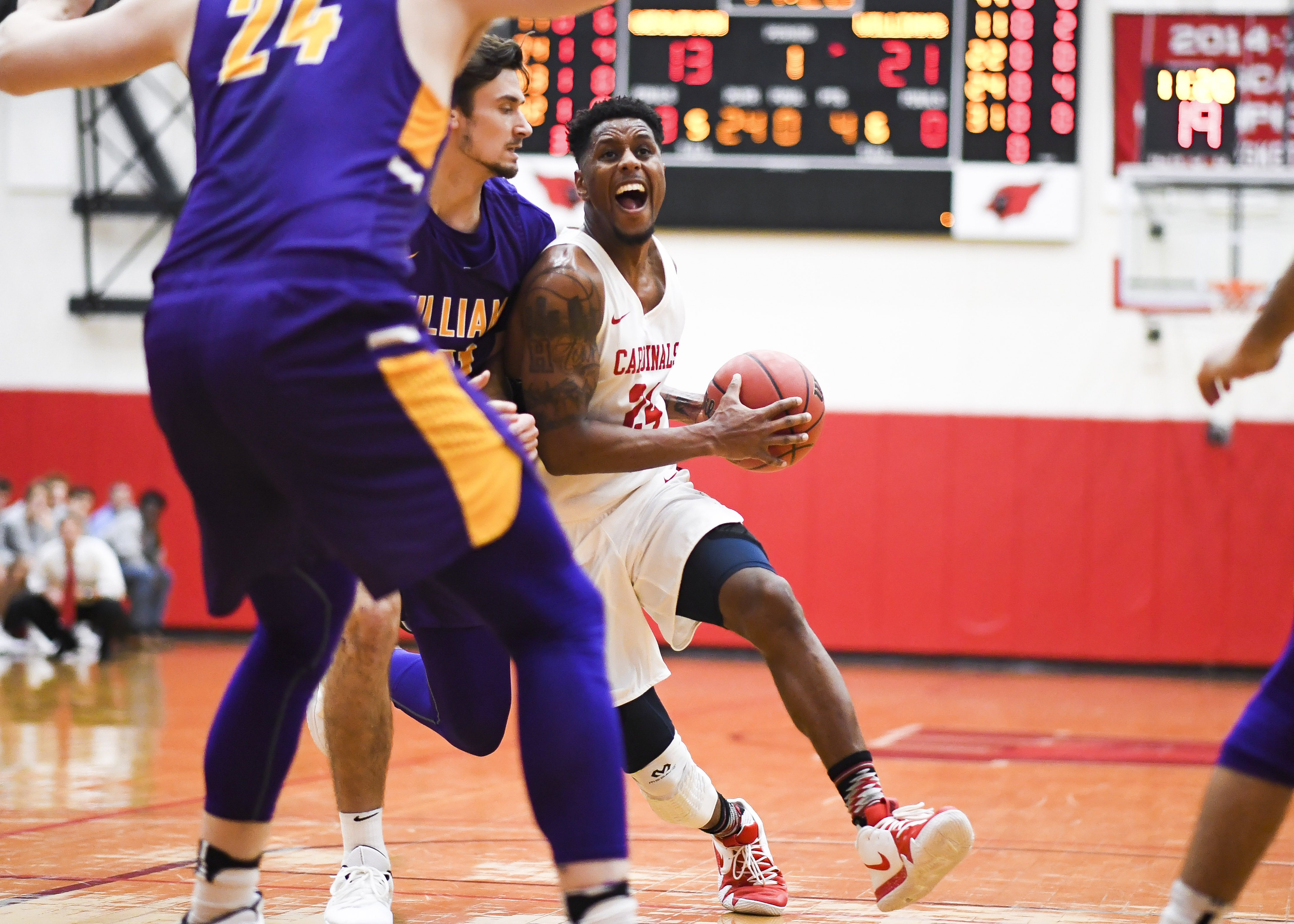 The Ephs took the game 80-65 and improved to 7-0, while Wesleyan fell to 3-3. The high scorer for the Cardinals was Bonner, with 18 points and five rebounds.

One bright spot for the Red and Black in last Saturday’s game was the play of forward Joe DeLollo ’22. DeLollo recorded a season-high 15 points on 5-6 shootings (3-4 from beyond the arc).

DeLollo credited his teammates for his efficient play.

“They put me in great positions to score the ball so all I had to do was knock down the shot,” DeLollo said.

In addition, DeLollo is grateful for the team’s support as he transitions from the high school game to the collegiate level.  Bonner was also appreciative of DeLollo’s efforts.

“Joe played his butt off and really helped us in crucial points in the game,” Bonner said.

On the subject of the game itself, Bonner isn’t the least bit discouraged by the loss.

“We are evolving everyday as a team,” he said. “I by no means think Williams is a better team than us. They outplayed us in the 40 minutes but I think we have what it takes to beat them. They made some huge plays down the stretch, but we are looking forward to January 4th when we get another opportunity to play them again.”

In general, Bonner has already seen large improvements from the team over the course of the season.

“The team has definitely taken huge strides,” Bonner said. “We have guys playing significant minutes that just four weeks ago, hadn’t completed their first college practice. I think it’s great that we have faced some adversity early in the season because I think this will prepare us down the line and help us grow closer as a team. In moments like this, teams either crumble or come together and I really have confidence and faith that we will figure it out.”

Bonner only has one expectation for this year, and it is a simple one.

“I expect us to make the NESCAC tournament, win a NESCAC Championship, and win a National Championship. Period.”

The Cardinals face Johnson and Wales University on Thursday and Brandeis University on Saturday for their final two games before the end of the semester. Over the rest of December, they’ll be traveling to Miami, Florida to take on Penn State-Harrisburg and SUNY Plattsburgh.