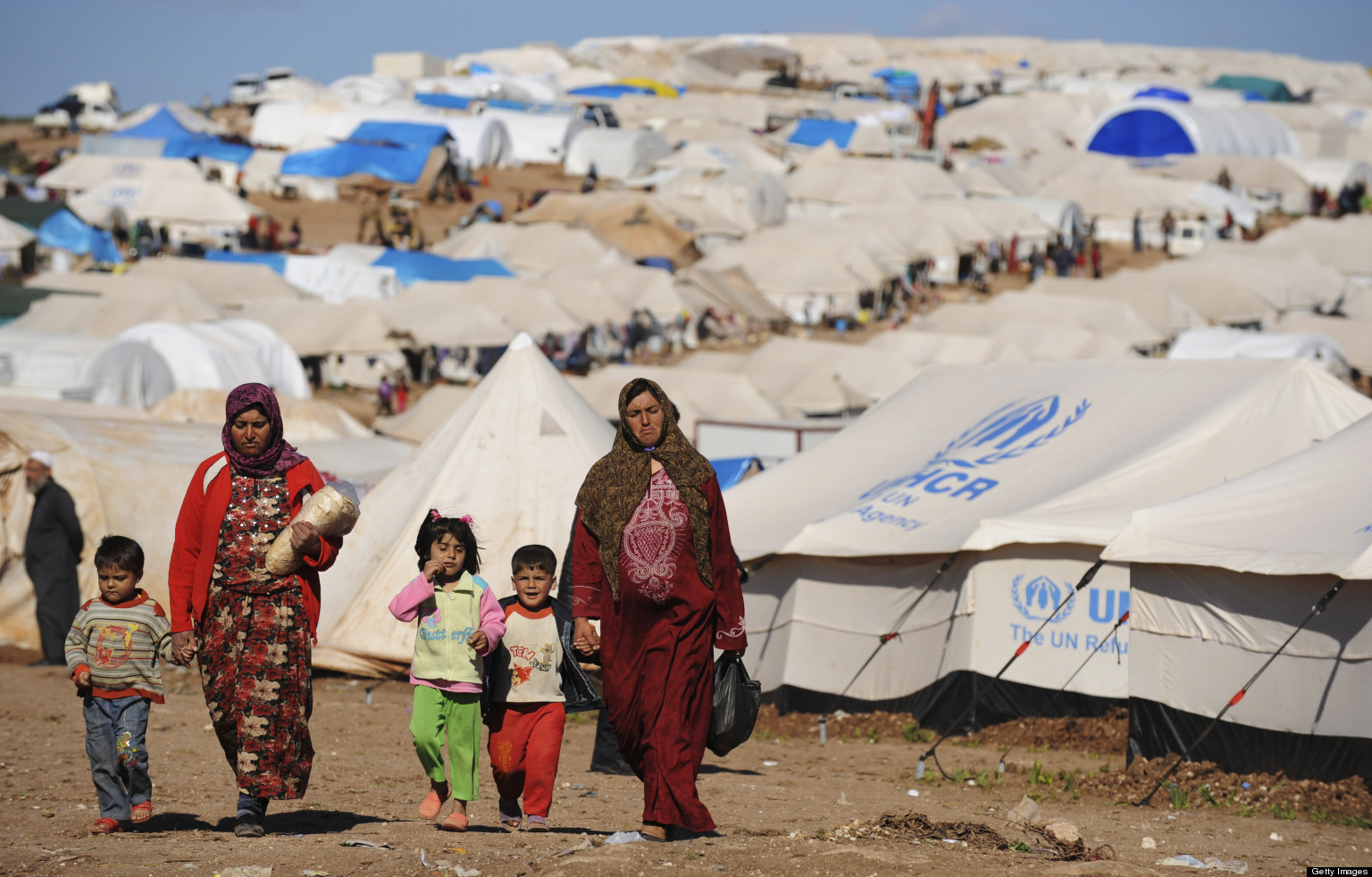 On Thursday, Nov. 15, the Wesleyan Refugee Project invited Ahed Festuk and Bennett Gross, both part of the Multi-Faith Alliance for Syria (MFA), to speak about their experiences. The event, “What’s Happening in Syria?” was an informal panel followed by a Q&A session in which both guests spoke about what brought them to do the work they do, what the MFA provides for people in Syria, and what needs to be done moving forward.

Ahed Festuk is a Syrian refugee who left her native Aleppo in 2015 after years spent organizing political events and protests. Growing up under a repressive regime, she was told from a young age to keep silent and keep her head down.

“My mom and dad always told us that we can’t speak out loud and have no right to questions anything,” she said. “Walls have ears.”

Pictures of the president hung everywhere, terrorizing young children like Festuk. This convinced many to stick to the status quo as they grew older, but she was not one of many.

Still in her early twenties, Festuk began to organize protests through peaceful organizations in opposition to the presidential regime. She raised support and awareness for her efforts through the internet, creating a Facebook page titled “Free Flowers” that served as a platform for organizing upcoming events. The results were outstanding—the numbers of people protesting in the streets grew from twenty to twenty thousand. Witnessing the power of organization first hand, Festuk decided to quit her job and began organizing full-time.

Things swiftly changed, however, when the bombardment of Syria began. The government started to drop bombs on its own people, claiming that they were fighting against ISIS leaders who began to establish a base in Syria. Festuk’s house was bombed and her family fled to Turkey, but she felt a sense of responsibility towards Syria and decided to stay behind.

Festuk had little time to organize with casualties mounting, so she committed to working in a hospital. She was on duty for seven months until one day, after going out to get some lunch, she returned to the plot previously occupied by the hospital just to find a pile of rubble. The hospital was bombed and many of the people she cared for, including her best friend, died in the accident. The trauma she suffered was too intense for her to continue working and she began to seek employment elsewhere.

Overcome with grief and hopelessness, she decided that it was time for her to leave Syria. A friend introduced her to Bennett Gross, who offered her a position with the MFA, and she promptly moved to the U.S. to work with the organization.

It was not easy for Festuk to leave her political efforts behind. She spent months plagued by survivor’s guilt; while she was living safe from pressing danger, her friends were under siege. On top of everything, she knew no English and found it hard to communicate with people, which is a necessary component of organizing the kind of protests she led in Aleppo.

After a few months, Festuk began to realize that she does not have to put herself in danger to make a difference.

“I realized that I can really do things here to help people there,” she said with a smile.

The MFA offers Ahed the opportunity to help people in her home country while living in the U.S. The alliance links together 101 organizations that work together on advocacy, public outreach, and humanitarian relief. Some of their efforts include organizing community events and getting their work published in major publications by meeting with editorial boards.

“It’s tough these days to break through the clutter, it’s tough to get people to pay attention, but that’s what we do here,” Gross stated proudly.

The aid that the company has provided for people in Syria is significant. The MFA has sent over more than $120 million in food and supplies. The structure of the organization makes it so that unlike in other relief organizations, aid comes in the form of specifically requested materials and goes to those who directly need it. Humanitarian efforts such as those by the U.N. are required to work with the government and often end up delivering supplies to regime territories, omitting other vital areas. Relief also frequently ends up solely in the hands of regime supporters.

The MFA works directly with local partners to receive a list of needed items and creates a local supply and delivery network that stays out of the hands of the government. They also work with partners to set up enterprises on the ground in Syria to employ and help citizens. A few years ago, they set up a baking facility that employed about thirty local Syrian residents and fed 40,000 people. The bakery, along with other facilities erected by the MFA such as medical centers, were later bombed and destroyed.

This kind of apathy towards the citizens characterizes the Syrian regime. While relief agencies and people like Festuk are concerned with making sure that people have a roof over their heads, medical care, and food, the government is concerned solely with fighting ostensible terrorists and destroying all efforts for stability.

“It is all part of a confused and self-interested policy on the part of the administration,” Gross said.

A student attending the panel expressed concern about the quality of news we receive here in the U.S. Everything is moving so quickly that it is hard to keep track of events.  Elaborating on what exactly is going on in Syria, Ahed replied that there is currently a ceasefire between Russia and Turkey, but this is a temporary agreement and nobody knows how long it is going to last. The government is increasingly more ignorant and fails to speak to the Syrian people about their perspectives on the war and the regime.

“‘We don’t care about what’s going on, we just want to fight ISIS’ is all they say to us,” Festuk said.

However, according to Gross, things might be looking brighter with the nomination of Jim Jeffrey, a new U.S. representative to Syria.

“He seems to be saying good things,” Gross said.

While the war in Syria goes on, the MFA is relentlessly working to provide as much aid and assistance as possible. It aims to send three to four shipments a month, or $60 million in relief a year to Syria. MFA is also focusing on expanding accessibility to feminine care, launching initiatives to specifically deliver feminine products.

“We are doing good things to stabilize the region,” Gross said.