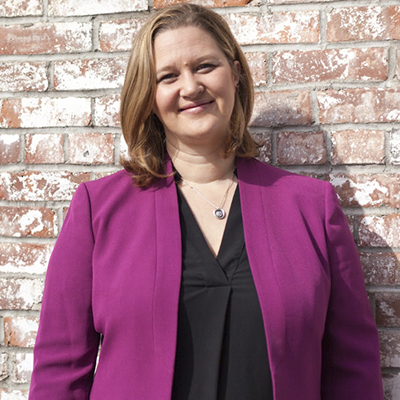 The Jewett Center for Community Partnerships (JCCP), as its name suggests, values community involvement. This year, the JCCP has taken many measures to engage Wesleyan students with the Middletown community. One of these steps was creating the position of Coordinator of Community Participation and appointing Rhea Drozdenko ’18 to the job.

They organized a political engagement grant that funded students to work on political campaigns over fall break. They also launched the Mentor in Residence Program, a program designed to bring in local community leaders to mentor Wesleyan students.

“The Mentor In-Residence Program supports the civic preparedness of Wesleyan students in collaboration with community partners committed to the pursuit of a just, equitable, and sustainable future for communities beyond the campus—nearby and around the world,” Drozdenko wrote on the JCCP’s blog.

McCargar grew up in Oakland, Calif., where she attended a public high school of about 1500 students.

“As a student in high school, I was constantly surrounded by change and activism work,” she explained. “I was surrounded by a lot of student organizing, but I didn’t have a word, or a name, or a language for it. I went to a high school where there were actively walkouts organized, and I participated in them, but I didn’t know or understand it as an actual craft, discipline, or mode of work or that it could be a pathway for change making.”

She left California after high school, spending her undergraduate years in Connecticut at Yale University, where she describes not being able to find her people.

“I really took refuge in New Haven,” McCargar remarked. “I felt much more comfortable there in many ways. I ended up, after my sophomore year, staying in New Haven for a summer and working at an organization called Urban Solutions. That work that summer, which focused on working with young people in New Haven, using media production as a tool to educate young people about their rights and encounters with police officers. Ultimately two years later [it] became an organization called Youth Rights Media, which I helped to co-found and ran for a decade.”

McCargar graduated from Yale with a degree in American Studies and currently serves as the president of the Perrin Family Foundation.

“The Perrin Family Foundation partners with organizations based in under-resourced communities across Connecticut in order to create environments that support youth as leaders of social change,” the website for the foundation reads.

McCargar never dreamed that she would grow up and work in philanthropy.

“It was a mentor of mine who called it,” she mentioned. “He said, ‘You’re not cut out for this organizing stuff. You’re gonna go get a cushy job at a foundation one day.’ [This] speaks to the impact that mentors in the field have had on my life, and I don’t mean mentors in the sense of ‘big brother/big sister’ but mentors in the sense of folks who really sat down and were willing to give of themselves and their experience and invest in another person. [It is] growth and leadership development in a very powerful way. It’s something I really hold dearly and am really excited about the opportunity and to potentially hold that role for students in the Wesleyan community and those that are doing this work in Middletown.”

Next semester, McCargar will be sharing her experiences and knowledge to Wesleyan students by teaching a .5 credit class entitled “Youth, Power, and Social Change.”

“Young people have historically always been at the helm of social change,” McCargar explained. “In the 1990s in particular, youth organizing evolved as this field of practice and work. The course is going to build from some of this historical grounding and really examine what are some of the modes and methods and ways in which the youth sector has thought about engaging young people.”

McCargar will also be holding a workshop series, open to community partners, that explores the same content as her class.

“What we hope to do, both through the course and through the affiliated community-based workshops, is to create an opportunity for folks in this work to reflect on both their identities,” McCargar stressed. “How they are holding power in their role and what it means to work with young people in a way that’s focused not just on controlling or modifying their behavior and their choices, but that’s really about building their power? It’s a totally different way of relating to young people and I think one of the most pivotal areas of change.”

McCargar expressed intense enthusiasm about her position this semester.

“I am really excited about the role here,” she stated. “I see both the opportunity to be able to think about students at Wesleyan who are deeply engaged, and thinking about these kinds of questions and perhaps provide some of the grounding and anchoring I certainly didn’t have when I was an undergraduate, and also to support some of the nonprofit organizations working in the region to think about how to build their capacity to engage with people in perhaps a different kind of way than they traditionally have.”