How Tom Brady is a System Quarterback, and Why That is Perfectly Fine 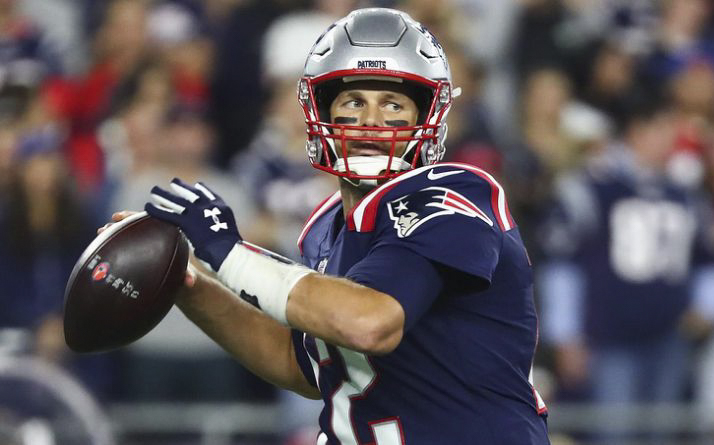 Tom Brady is a system quarterback. There I said it. But how do you define a system QB? And he’s still the greatest of all time. Let me explain.

In his draft report, it said, “[Brady] is a system type player when forced to to ad lib.” Brady is the greatest quarterback of all time, in my opinion. I disagree with the system player point in the draft report, though. How many times have you seen Brady extend a play with his feet? I’m not talking about Brady bootlegging out, and making an incredible throw across his body with Ray Lewis and Terrell Suggs chasing him. Brady extends plays by staying in the pocket and moving around. He’s at his most dangerous when the edge rushers beat the tackles on the outside, and let Brady step up in the pocket. I think Brady will admit that he didn’t have that footwork coming into the league or the first dynasty run from 2001 to 2004. He acquired that as he matured through Alex Guerrero and the TB12 process. Brady came into the league as an unathletic, unproven prospect.

As a Patriots fan, I acknowledge we’ve been lucky in playoff games. People reference the “tuck rule” against the Raiders as the unwarranted start of our dynasty, or the Seahawks’ ill-advised pass to start the second dynasty. Every champion is lucky. Tyree’s helmet catch in 2007, the Patriots having 12 men on the field when they recovered a decisive fumble, Gronk’s inability to breathe against the Broncos in 2016, Welker’s drop against the Giants, and Brady’s drop against the Eagles. Brady and the Patriots haven’t just been lucky at times.

Consider any successful individual. Mark Zuckerberg allegedly stole a multi-billion dollar idea from Tyler and Cameron Winklevoss. Whether he did it or not, Zuckerberg created a website that changed the way we act. What if Zuckerberg wasn’t at Harvard then? What if he lived a decade later? Some iteration of Facebook would exist. He was lucky.

Brady has always been put in a situation to succeed. Brady didn’t single-handedly make the Patriots win championships. If he did, banners from 2007 and 2011 would be hanging in Gillette Stadium. Put 2007 or 2011 Tom Brady on a mediocre team, hypothetically, without him ever being coached by Josh McDaniels or Bill Belichick. Would Tom Brady have won the Colts more Super Bowls in the Peyton Manning era? Definitely not. The Colts were a great offensive team with a sub-par defense. Sound familiar, 2007 Patriots?

Hypotheticals aside, it’s hard to judge accurately what Brady would’ve done if he wasn’t drafted by the Patriots. Would he have ever gotten a chance? Drew Bledsoe’s injury opened the door for Brady. What if that injury didn’t occur? Once Brady got his opportunity with Charlie Weiss and then Josh McDaniels as offensive coordinator, he gained the necessary autonomy to be the greatest of all time. He has trained in such a way that has raised eyebrows with the TB12 Method, but look at his resume. The only games he really missed were after Bernard Pollard’s cheap hit on his ACL, a freak accident, after the 18-1 season. Brady gets hit more than any other quarterback, and gets up every time. Peyton Manning would be crying for Archie; Aaron Rodgers would be down holding his clavicle; Tony Romo would be laying flat on his back. There’s no question that Brady has stayed on the field more than any other quarterback of his caliber. He rarely shows any sort of soreness from a previous hit, which contradicts quarterbacks like Brett Favre who limps after every down.

Tom Brady of the Patriots is the greatest of all time because he optimized his opportunity. Without the guidance of Belichick in the initial years, what would’ve Brady become? Peyton Manning was a great quarterback before Tony Dungy. Dungy would’ve not made Brady the GOAT. Belichick paved the way for Brady, but Tom did everything he could to turn from a nobody to the best that ever played.