A Week of Tragedies in California Leaves Students on Edge 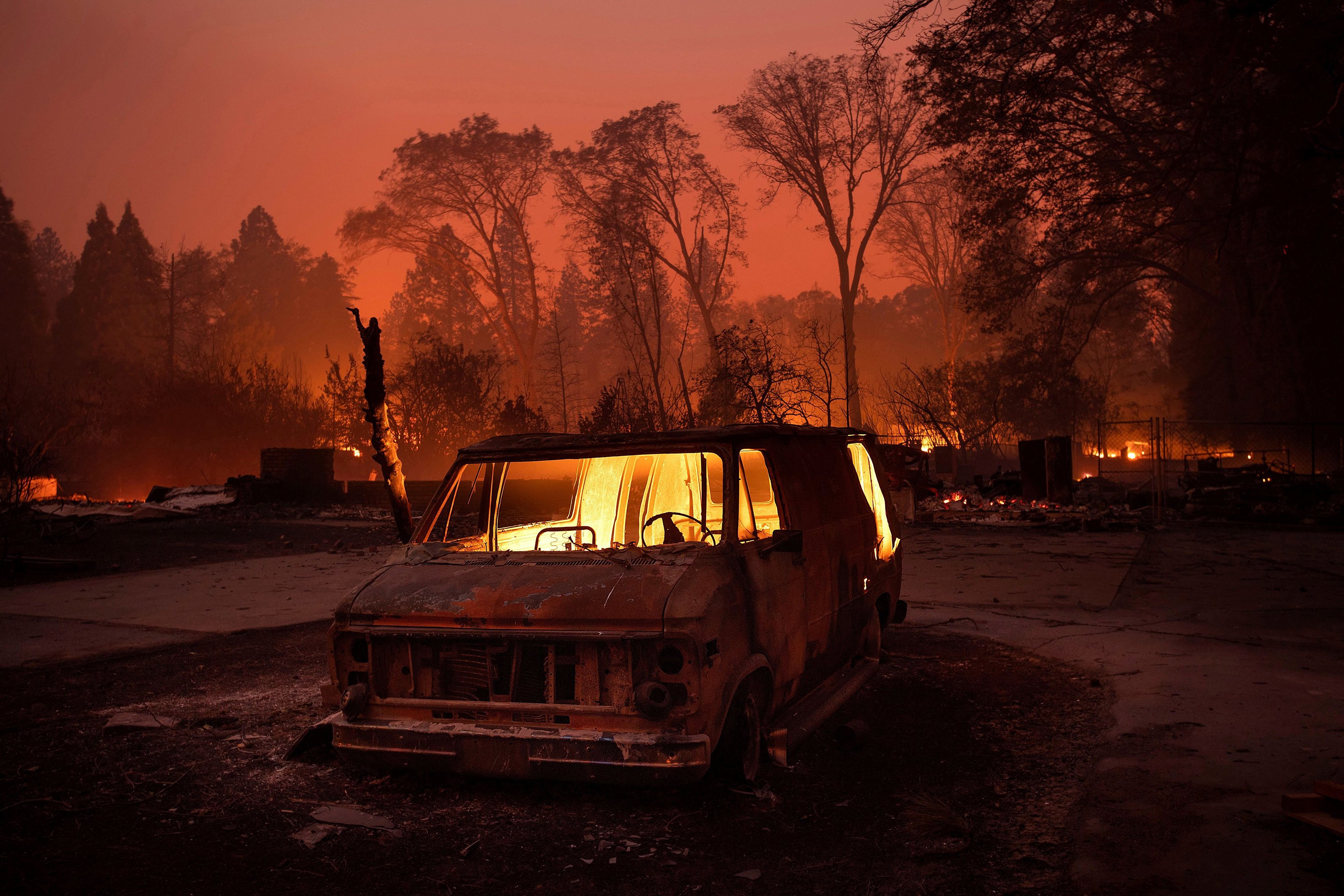 A shooting last week in Thousand Oaks, Calif., along with several fires that are still raging throughout the state have devastated California and set its residents on edge. For Wesleyan students from California, watching these tragedies unfold while being 3,000 miles from home has been particularly difficult.

Over the past few days, wild fires have destroyed homes and forced evacuations in both Northern and Southern California, claiming 31 lives. Consuming almost the entire town of Paradise in Northern California, the “Camp Fire” has destroyed over 6,700 structures and been deemed the most destructive fire in the state’s history. In the south, the “Hill Fire” and “Woolsey Fire” have struck Malibu and parts of the San Fernando Valley, leading to evacuation mandates for over 250,000 people. Since Thursday, the Woolsey Fire has spread across 80,000 acres in western Los Angeles County and southeastern Ventura County.

The city of Thousand Oaks, which has been hit by the Woolsey Fire, is still reeling from the mass shooting at the Borderline Bar and Grill which left 12 dead last Wednesday evening. The fires in Thousand Oaks, which have encroached on the city from multiple directions, have caused mass evacuations and a shutdown of a section of the 101 freeway.

On Saturday, President Roth sent out an email to California residents titled “Thinking of California.” He expressed his sadness about the events that have unfolded over the past week and wrote of calling California home as he raised his family in both Santa Monica and Berkeley.

“It breaks our hearts to see the devastation of these last several days, and I can imagine that many of you are also deeply disturbed by what’s been happening in your home state,” he wrote. “I just want you all to know that we are watching events in California with a heavy heart, and that we will do what we can to provide resources now, and, when the time comes, to support those who take on the process of rebuilding.”

Eliana Donner-Klein ’19, who is from the Woodland Hills area, around 10-15 miles away from the affected areas of Calabasas, Thousand Oaks, and Malibu, discussed the horrors of the events unfolding near her home. The closest mandatory evacuation area was five minutes from Donner-Klein’s house, so her parents were prepared to drop everything and leave if they had to.

“The fires have been terrifying, and being 3,000 miles away and not being able to help my community is very stressful,” she wrote in an email to the Argus. “To be honest, between the shooting on Thursday and the fires, I’ve constantly been on my phone trying to get in contact with my friends and my family. I think the hardest thing has been dealing with the fact that this is where I grew up and this is where my friends live.”

While most of Donner-Klein’s friends and their families have evacuated and are safe, many still do not know whether the fires have reached their homes. Over the past few days, she has learned through social media of people whose houses have been destroyed.

“Every time I’ve looked at social media in the past 48 hours, I’ve seen at least 6 people that I knew very well from high school whose houses were confirmed to have burnt down,” she wrote. “They would share a photo of the debris and write how they were in such shock that their childhood homes had burned down in a matter of minutes.”

Haley Snyder ’19, whose home is 20-30 minutes from the fires, has also been receiving updates from family and friends on evacuations and damages.

“One of my friends told me that the trees in the front yard of her friend’s house had burned down, and I know someone else whose whole family is out of town so they have no idea if their house will be there when they get back,” she wrote. “I’m used to fires since they’ve been happening since I was born and it wasn’t that weird to see ashes falling in my backyard or get the school day off because of the air quality, but being here while this is happening feels even more helpless than it normally does because there’s this added disconnect from being so physically far away; right now it’s kind of just a waiting game to see how much more gets destroyed, which just feels awful.”

On Saturday, President Trump took to Twitter, threatening to withhold federal money if the situations in California do not improve.

“There is no reason for these massive, deadly and costly forest fires in California except that forest management is so poor,” he wrote. “Billions of dollars are given each year, with so many lives lost, all because of gross mismanagement of the forests. Remedy now, or no more Fed payments!”

Snyder commented on the absurdity of Trump’s remarks.

“Trump’s push to pull funding on fighting the fires is ridiculous since he’s basically just erasing climate change and putting all of the blame on ‘poor forest management,’” she wrote.

Additionally, Snyder’s house is 15 minutes from Thousand Oaks, so news of the shooting was especially unsettling.

“When I first got the notification on my phone, I freaked out because my mom’s favorite place to go with her friends is in Thousand Oaks and I was terrified I was going to see the name of the place when I opened the article,” she wrote. “The culture around mass shootings is really disturbing because they don’t shock anyone anymore, but seeing it happen so close to home made it feel really personal and reminded me that this is something that we should not have ever had to get used to. It’s so frustrating that shootings happen so frequently and we still aren’t seeing any action that remotely mitigates the problem.”

Snyder, like Donner-Klein, discussed the specific uncertainty that being so far from home brings during these times.

“Being here and knowing how many people are suffering at home is a terrible position to be in even knowing that there’s nothing I could do if I was home,” Snyder wrote.