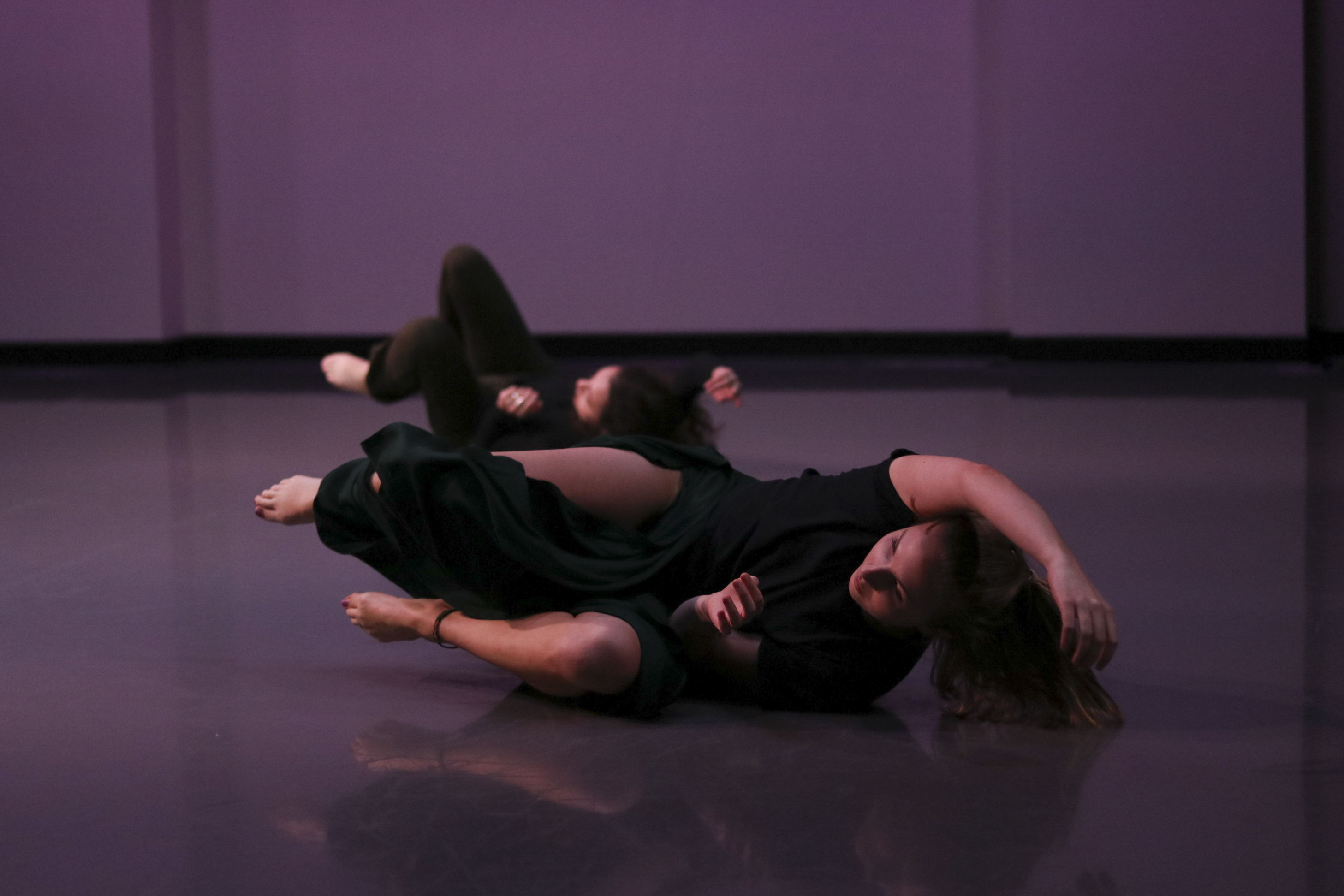 A thoughtful, intimate performance that combined both traditional and contemporary dance forms, “Building Home” took place this past weekend in the Cross Street Dance Studio. Choreographed by Arielle Schwartz ’19 as part of her senior thesis, the show addresses themes of culture, identity, and community. Schwartz sat down with The Argus to discuss her creative process and future plans for her thesis.

The Argus: When did you start working on “Building Home?”

Arielle Schwartz: That’s kind of a hard question because I started thinking about my thesis last year in April or May. So at that point I started asking people if they wanted to dance in my piece. I didn’t actually start choreographing it until probably the second or third week of school this year, so it was a very fast turnaround from starting to performing.

A: I know the description online mentioned this show was part of a yearlong process, so what does that look like? Will there be more performances later?

AS: The dance major requires two pieces of choreography, each about 10 minutes, for the thesis. So there’s this show and then there will be another one in the spring semester. Hopefully starting in the next couple weeks I’ll start gathering dancers and preparing for that piece of choreography.

A: “Building Home” is very much inspired by ideas of home and community. Can you talk a little bit about that and about the inspiration behind the show?

AS: The thesis itself is rooted in Israeli folk dancing, and I’m looking at these dances in kind of a historical and anthropological context. I’m looking at why they were created, how they were created, who was creating them, who was doing them, and then taking those themes and seeing if and how they’re still applicable to folk dancing and also just choreography today. The initial creation of Israeli folk dance was kind of a way of building a cultural center, so that’s where the idea of “building home” comes from. It’s really rooted in some weird nationalistic stuff…but I really liked this idea of building community or building home. I wanted to work with my dancers to see how we could take that idea of building home from something that’s weird and nationalistic to something that’s meaningful, and also translate it to more contemporary concert choreography instead of building an actual physical nation. 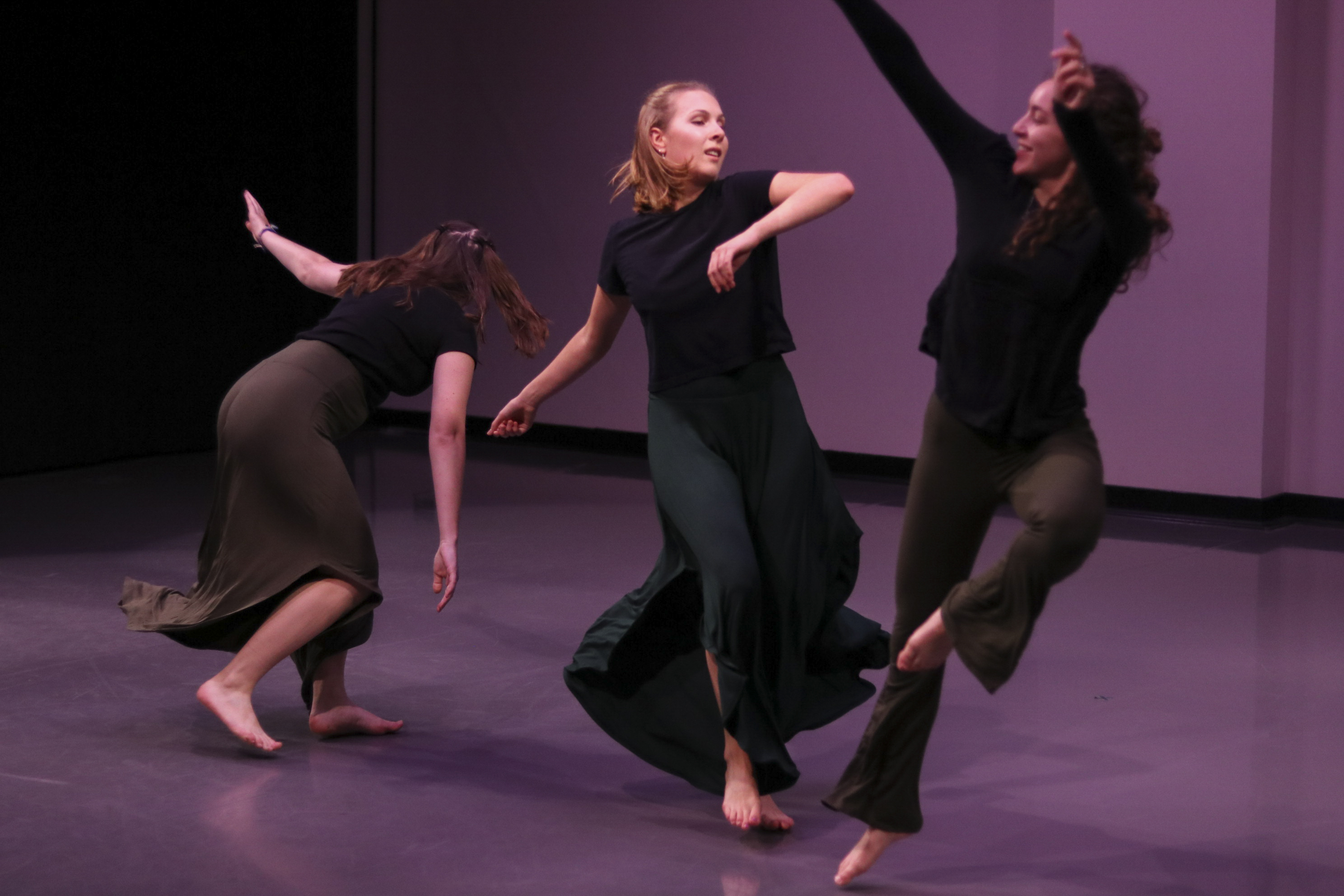 A: Were there any major changes or things you did to update those original folk dances for this more modern context?

AS: I guess I had two main processes. One was taking Israeli folk dances and modernizing them or melding them into more familiar “contemporary” movement that you’d see in a classic Wesleyan dance performance. [The second was] working with my dancers to figure out what their dance identities were and what movement felt comfortable to them. Alongside the idea of building home I was also working with this idea of comfortable movement. There was that mix of, “Here are the movements from traditional folk dance and movements that we’re comfortable with,” and, “How can we combine those together to create something that’s aesthetically pleasing?”

A: How much of those processes you describe were in collaboration with your dancers?

AS: I really like to come to my dancers with some movement or some ideas and then give them prompts or things that they can work with. So definitely some of [the choreography] is from my brain, but a lot of it is from what felt good on their bodies.

A: Were there any aspects of that choreography process that were really challenging for you?

AS: Whenever I’m choreographing something I always get to this point one or two weeks before the show where I’m like, “Oh my god, the show’s coming up, and I hate this.” And it’s through no fault of my own, through no fault of my dancers, but very consistently two weeks before every show I just think it sucks. Then I have to figure out in the next couple weeks what’s going to change it. I think the biggest hurdle was that the movement felt too monotone, and I wanted to figure out how I could get from the beginning to an exciting end…. The way I overcame that hurdle was talking to my thesis advisor a lot, and also my dancers. I ended up playing a video for them of traditional Israeli folk dancing, and they got really excited about some of the movement in it…and it made a really awesome ending for the piece.

A: So were you still making changes like that up until the end of the rehearsal process? 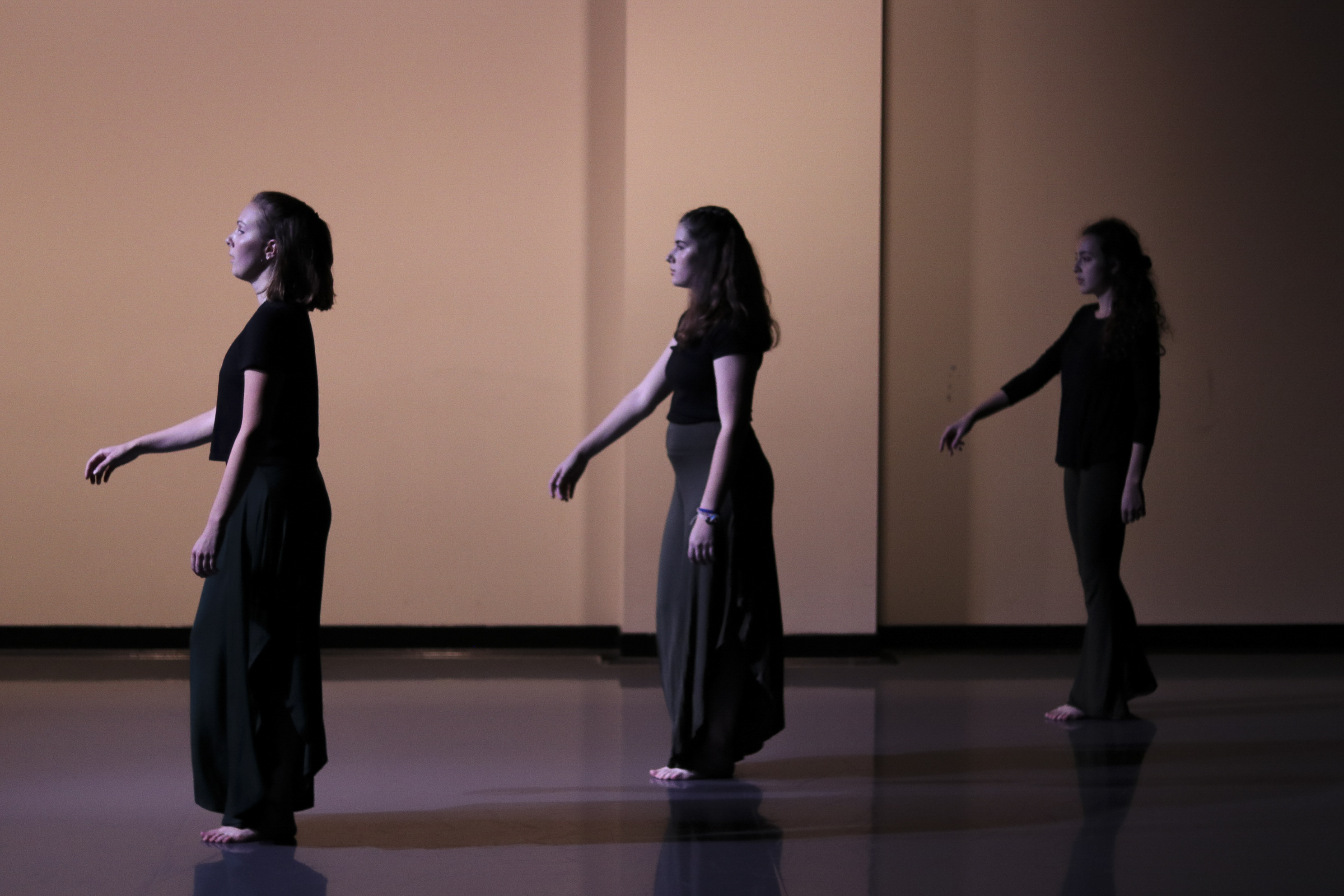 AS: Oh, for sure. I think all of the movements were set by tech week, but there was a lot of, “Well actually now I want your faces to be doing this,” and even between the two shows on Saturday night we made a couple of changes during the intermission.

A: Obviously this performance is a crucial part of your thesis, but is there a large research or writing component to your work as well?

AS: There actually is a written piece which is 80 to 100 pages. So I’m doing a ton of research and a lot of writing. The way the dance thesis works is that the choreography and the performance are a huge part of it, but really [the performance] is movement research for my written piece.

A: Can you talk a little more about the idea of “movement research” and how you combine the writing and choreography aspects of your thesis?

AS: Okay, so if you’re doing a psych thesis or something like that, you’ll do lab work, and you’ll get the data, and then you’ll write it up. So this dance is kind of like a case study. I’m creating this piece with my dancers, and I’m looking at the questions that come up, the feelings that they have, the things we talk about in rehearsal, the movements that are generated, and how all of that informs the larger question that I’m thinking about. One of those ideas is this concept of comfortable movement. Originally, I wasn’t really thinking about comfort and home or comfort and building Israeli folk dance, but then I was talking with my dancers about identity, and I realized that this idea of movement that’s comfortable [for the dancers] is so central to the same ideas I was looking at. That was a real “aha” moment for me.

A: Will the second show you do next semester be about a similar set of themes, or is it going to be a completely different piece of work? Do you know yet?

AS: I kind of don’t know yet. It is all based around the same thesis, so it will be related somehow…. Originally I was thinking that this piece would be more about the physical movement of Israeli folk dance, and the next piece would be more about my findings and what it’s doing in community and stuff like that. But I also found the stuff I was doing this semester really interesting, and I maybe want to continue working on that. I am excited to figure it out, but I’m not sure yet.