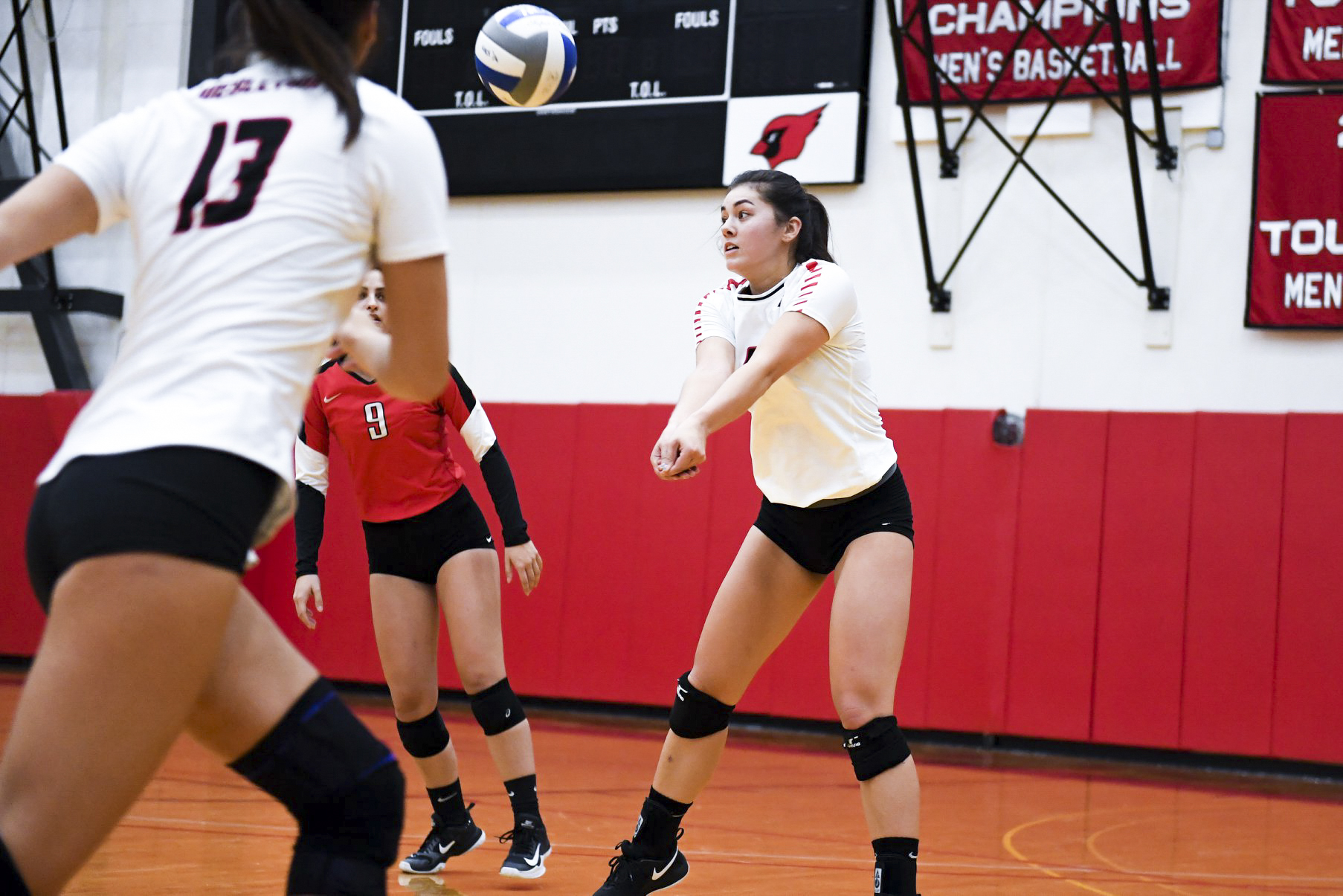 Volleyball’s defense of the NESCAC title came up short last weekend as they lost to Amherst in the semifinals of the conference tournament. Their defense began with a convincing three set win over Bates in the quarterfinals by the score of  25-15, 25-19, and 25-20. In the win, the Cardinals had 39 kills and 89 digs. Mia Hogan ’20 led the Cards with 12 kills and Phia Bellizzi ’21 led the team with 24 digs. The loss to Amherst, though, is especially surprising considering Amherst was seeded lower than the Wes in the tournament and swept the Cards in three straight sets, an event that has only happened twice before this season. The Cards totaled 38 kills with 78 digs throughout the 21-25, 21-25, and 22-25 loss. Stasie Litinsky ’20 led the team with 11 kills while Bellizzi topped out with 22 digs. However, that was not enough to stop a strong performance by Amherst.

Despite not winning the NESCAC tournament, the Red and Black were able to secure an at-large berth into the NCAA DIII volleyball tournament with their superb 17-5 record. Wesleyan was the only NESCAC team to receive one of these bids, an impressive achievement. This is the first time ever the Cardinals have made back-to-back NCAA tournaments, an even more impressive feat. Also, this marks only the third time in school history that the Birds will join the NCAA tournament field.

The Cardinals will play Kean University at Johnson and Wales University in Providence, R.I. on Friday at 12:30. The winner of this match will face the winner of a match between Springfield College and Maine Maritime Academy. Kean finished the year at 19-15 and got to the NCAA tournament by virtue of winning its second straight NJAC conference championship. This is only the Cards second ever meeting against Kean, the first having been a win in 1999.

In order to go far in the tournament, the team will have to know their strengths and weaknesses. Defense has been crucial to the Cards success this season as they led NESCAC in digs with 767 and averaged 19.67 digs per set. This effort was led by Bellizzi who averaged 5.94 digs per set to lead all of NESCAC. They will need the same type of defensive effort if they want to advance in the NCAA Tournament.

Likewise, the Birds will need to improve upon the .133 hitting percentage they had vs. Amherst last weekend. On the whole, the offensive side can improve. Feeding the dominant Nicole Hilton ’20 in the middle of the court is always a good strategy, especially against teams that have yet to face Wes. The Red and Black have a good chance and should be optimistic heading into the tournament. Hopefully, the Cards can end the season on a positive note by going on a deep run in the tournament after a tough NESCAC tournament loss.