How the Boston Red Sox Won It All: A Fan’s Perspective 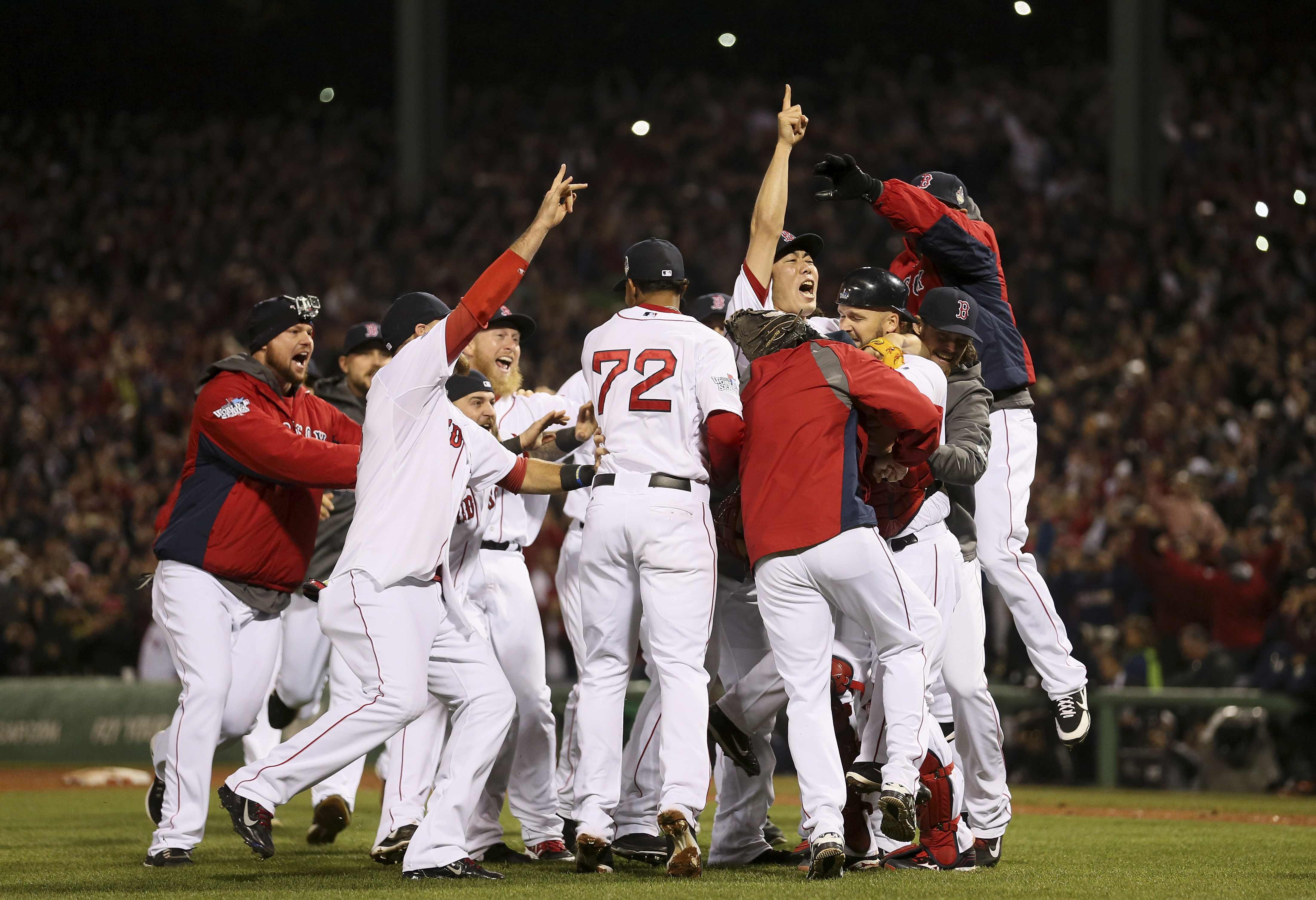 Well, Red Sox Nation, only a week has passed since the Red Sox stormed the field in Los Angeles to celebrate yet another World Series Championship. The days of the so-called ‘curse’ seem to have been forgotten. The ball going through Buckner’s legs, Bucky Dent and Aaron Boone’s late home runs, and Grady leaving Pedro in, are all moments of the past. This championship is, in my opinion, one of the most promising in this era. The 2004 team obviously will go down as one of the greatest Red Sox teams to ever take the field, after embarrassing the Yankees with four straight wins in the ALCS and winning the first world series for the franchise in 86 years. The one in 2013, similar to the one in 2004, was considered mostly a band of misfits with guys like Jonny Gomes and Mike Napoli. The team in 2004 had similar characters such as Kevin Millar and Mark Bellhorn. These two guys weren’t considered absolute studs on the field, but guys who do the little things to make a difference. Even though both of these teams had game changers like David Ortiz, Manny Ramirez, and Jacoby Ellsbury, they weren’t far and away the most talented teams.

The 2007 and 2018 teams, in contrast, are considered to be very talented. The 2018 team’s outfield is probably one of the most talented outfields to play the game. Martinez, Betts, Bradley Jr., and Benintendi are all All-Star Game candidates, with two of them in the mix for MVP. The question is: What made the Red Sox so great this year? How did they dominate the Yankees, Astros, and then the Dodgers? Surely talent alone isn’t the answer. There have been plenty of talented teams in the history of sports to never win. I chalk up the Red Sox success this season to exceptional in-game management, on-field execution, and player acquisitions.

Let’s start with Dave Dombrowski in the front office. Dombrowski received a lot of heat during the trade deadline for not acquiring a “star” reliever. Boston radio commentators believed that there was a gap between a quality starter going seven innings to Kimbrel in the ninth. No one believed in Joe Kelly and Matt Barnes. Red Sox fans wanted Dombrowski to acquire a guy like Zach Britton or Sergio Romo, relievers who were proven to be shutdown. Instead, these two guys went to teams that the Red Sox handily beat. Dombrowski, meanwhile, acquired guys like Ryan Braiser and Nathan Eovaldi. These quiet acquisitions made a huge difference in games, with Eovaldi coming out of the pen and giving the Red Sox quality starts, while Braiser dominated the late innings. Even with Kimbrel blowing up in early round games, the bullpen managed to hold on to leads earned by a high-powered offense.

Next, Alex Cora’s in-game management made the difference this season. Xander Bogaerts said in a post-game press conference that Cora believed in him from the first day of spring training. They would text about possible situations and where each player would be used. Cora called Eduardo Núñez about a situation in which he would see a specific pitcher in a big at-bat. Núñez then studied that pitcher and understood what pitches he throws in different situations. Núñez went to hit one of the biggest home runs of the World Series that gave the Red Sox an early edge. Cora connects with his players, especially as a former player who was a defensive wizard. The Red Sox middle infield rarely made errors and was incredibly consistent.

It’s no secret how the Red Sox won. They dominated every team in the three main aspects that determine success: on-field play, game management, and player acquisitions. The Red Sox will be good for a long time because they have individuals in these positions that know how to win, and the bankroll to keep them there.