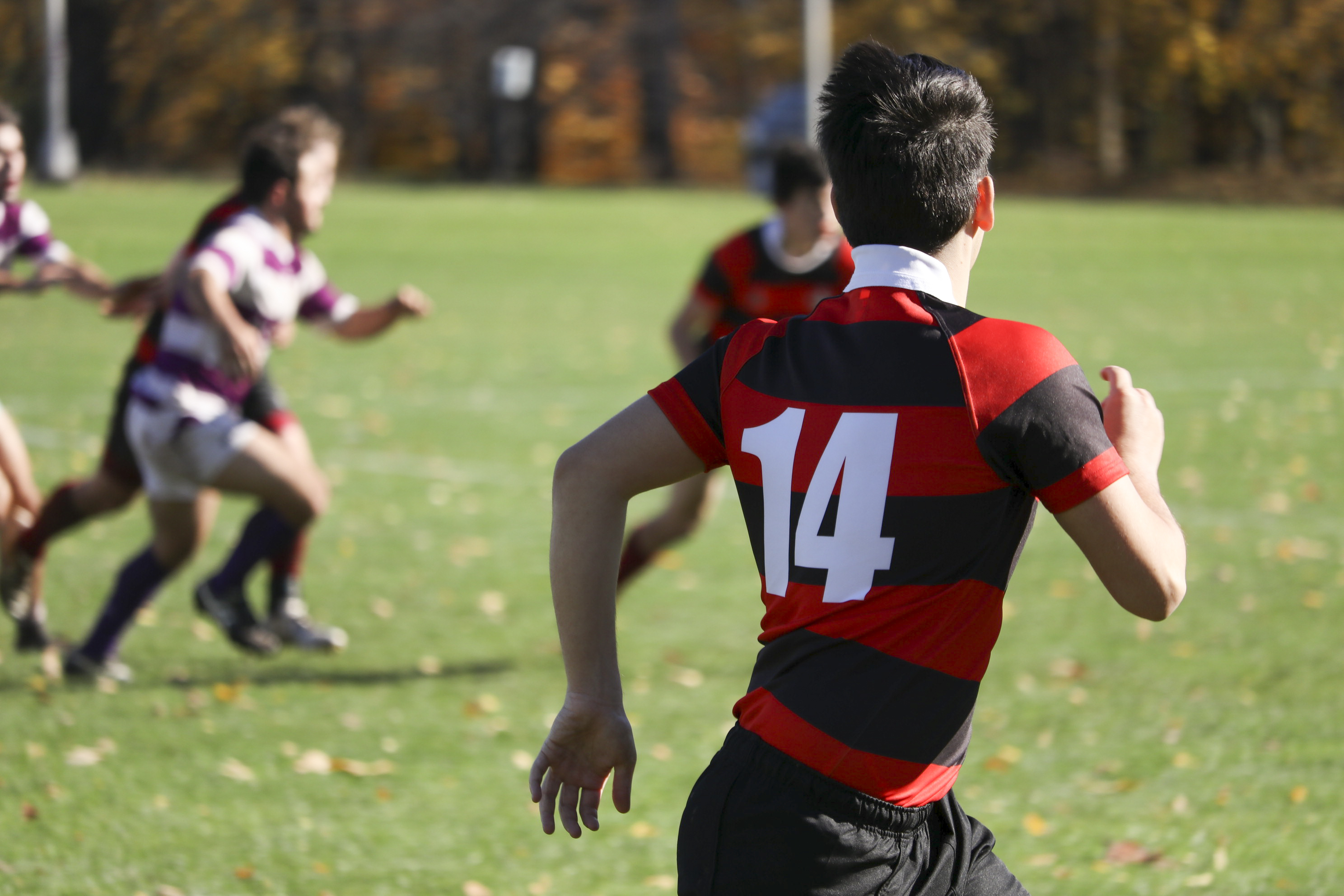 Last Saturday afternoon, the men’s rugby team took on Amherst in a Little Three matchup on senior day. The Cardinals fought hard on a gorgeous autumn day in New England, but dropped the match 24-7 to Amherst.

A fairly tense opening 20 minutes saw neither side really gain the upper hand. However, Amherst managed to turn over a lineout on the Cardinals’ five-yard line and a couple of phases later scored in the corner. The kick was missed. 5-0 Amherst.

Wesleyan moved to wrest back control, pulling together some nice phase play between Peter Ryan ’19, Jack McEvoy ’22 and Bryce Hunt ’22, moving up the field. However, a stray pass was intercepted allowing the Amherst winger to run in under the posts. The conversion was made making the score 12-0 in favor of the Mammoths. The score stayed the same until halftime.

The second half started poorly for Wesleyan, finding themselves pinned in their own half. Seeing that the Wesleyan wide defense was impenetrable with Dan Thaler ’19 and Umi Ito ’22 proving difficult to stop, Amherst utilized a very large front row to dominate the set piece as well as the breakdown, making good yards around the ruck through constant pick-and-goes. These tactics eventually paid off as they drove over for a tough score. The kick was missed. Amherst went to 17-0.

Later on, the Cardinals could not get out of their half, and in the next series of phases, they found themselves defending the goal line. Some heroic defense from Will Dempsey ’19 and captain Lucas Mani ’19 prevented Amherst from scoring and forced a turnover. 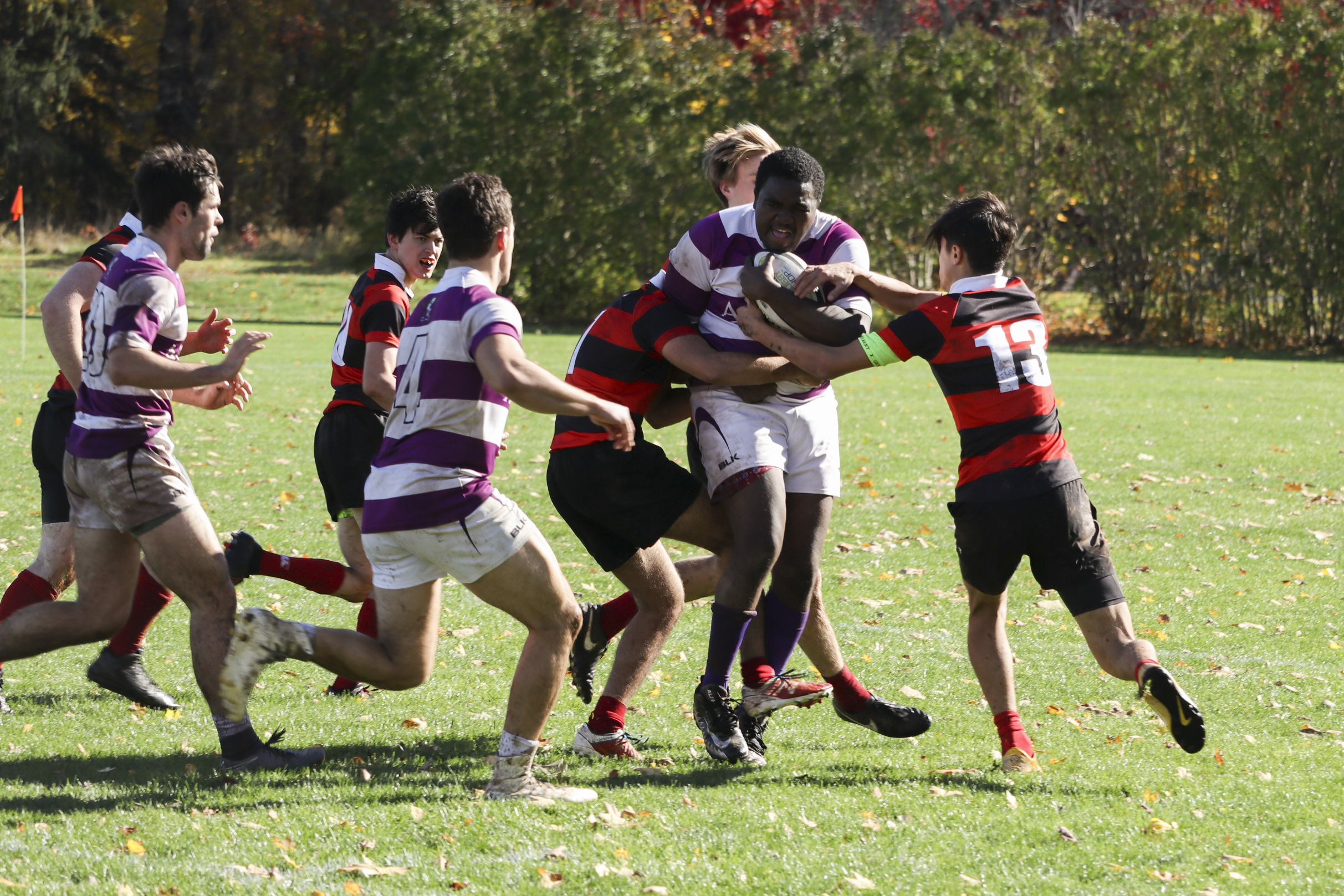 From the resulting scrum, the Amherst offense fielded a kick and managed to spread it wide, their fullback scoring by the posts. The kick was made taking the score out to 24-0.

Finally, the Red and Black clicked into gear. With time running out the men in red drove down the field. Big carries from Tyler Johnson ’22 and Mani took the Cardinals deep into the Amherst half. With seconds on the clock Amherst conceded a penalty. Casimir Fulleylove-Golob ’21 took a quick tap-and-go and managed to round the covering defenders to score. Fulleylove-Golob made the kick to make the final score 24-7.

We asked Fulleylove-Golob some questions about the game and the rugby team as a whole.

The Argus: How do you think the team performed today? Are you proud of the team’s effort?

Casimir Fulleylove-Golob: Obviously we are not happy with a loss. We go into every game believing that we can win and it’s always disappointing to lose. Today we certainly shot ourselves in the foot to a certain degree—our offensive pattern never really clicked (although here I have to credit the Amherst defense who had clearly done their homework and had our key backs man-marked) and defensively we didn’t step up in the narrow as we would have liked to have done. That being said, there were periods where our defense was the best it has been all season. Amherst were camped on our line for a full 10 minutes and we prevented them from scoring which was a truly astounding feat. Also, I’m incredibly proud of the team’s efforts, especially given the rookie nature to the squad. In our starting XV today we fielded six freshmen, with three more coming off the bench. Of the rest of the team, only five players had played rugby for more than a year prior to this season and for many this was only their fourth game ever. The improvement across the season has been magnificent and notwithstanding the loss today I’m incredibly excited for the future of Wesleyan Rugby. 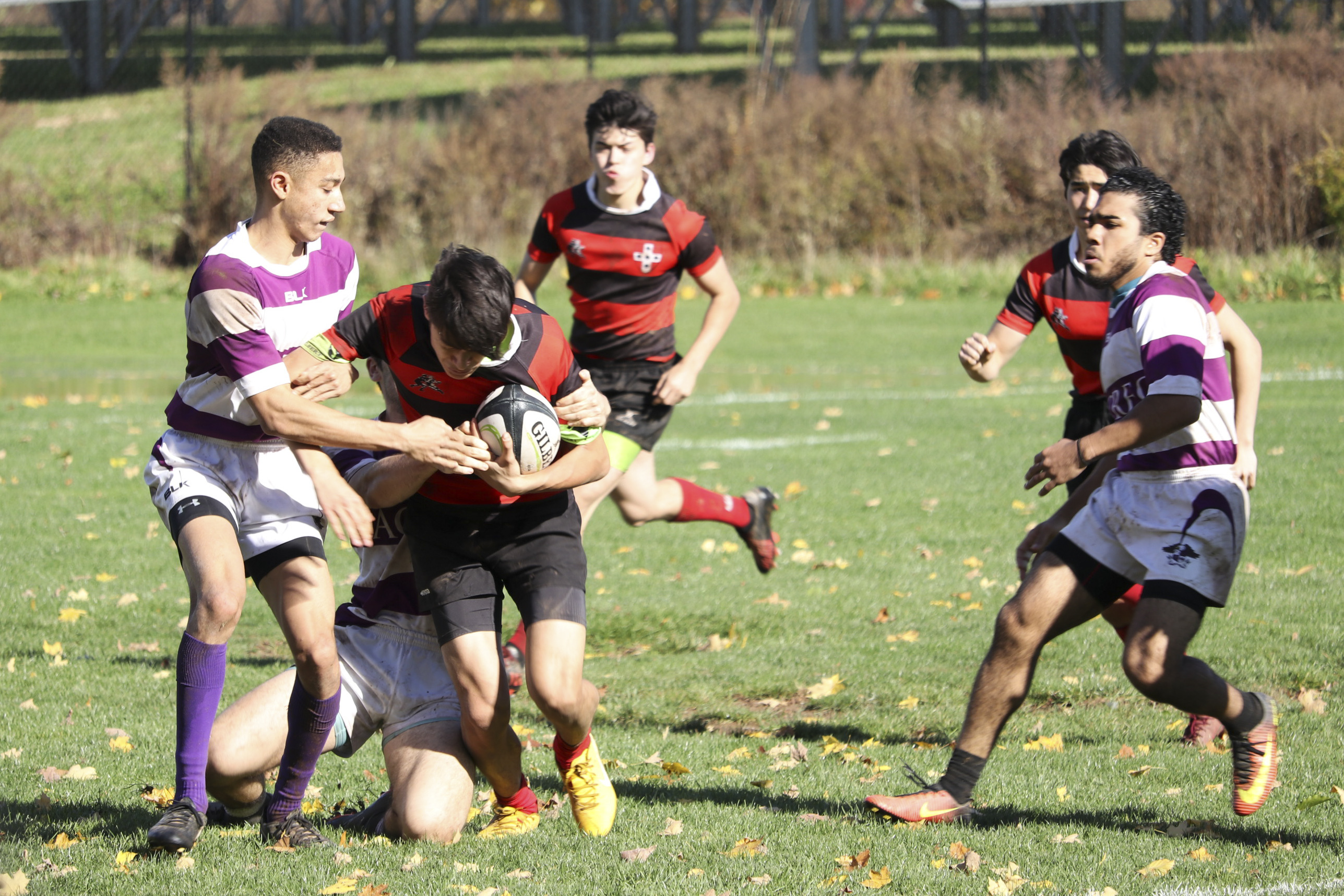 A: What are some of your favorite things about the rugby team?

CFG: I think on this front it has to be the friendships I’ve made. Showing up as an international student freshman was a bit daunting. However, over the summer I had been in contact with the club president Mitchell Motlagh ’20 and the first night I was here on campus he invited me to go hang out immediately. Likewise, once I actually got into practice etc…everyone was incredibly kind and helpful not just with regard to Rugby related activities but also giving academic/social advice too. The guys I’ve been playing with for the past year and a bit are all some of my closest friends and I’m incredibly grateful for everything they’ve done for me in that time.

A: What did your team learn today? What will you take away from the game?

CFG: I think we learnt a lot about the tenacity and drive for success that the team collectively has. Being down 24-0 and still coming back at the end to score epitomized the character of this team. In the past year we’ve gone from struggling to get numbers out to practice to having a full substitutes bench. Everyone in the squad really wants to succeed and has the drive to do so. We have a very young squad which is keen to learn and get things right and with that as a basis we have the potential to go a long way. On a tactical note, I think today really showed us that organizationally we need to improve on the field. Much of what went wrong today happened because of a lack of what I like to call ‘rugby knowledge.’ With a rookie team this is completely understandable and something that is easily addressed with some serious watching of rugby games. The team will no doubt be getting together in February to watch the Six Nations Championship together and begin preparation for the spring season.