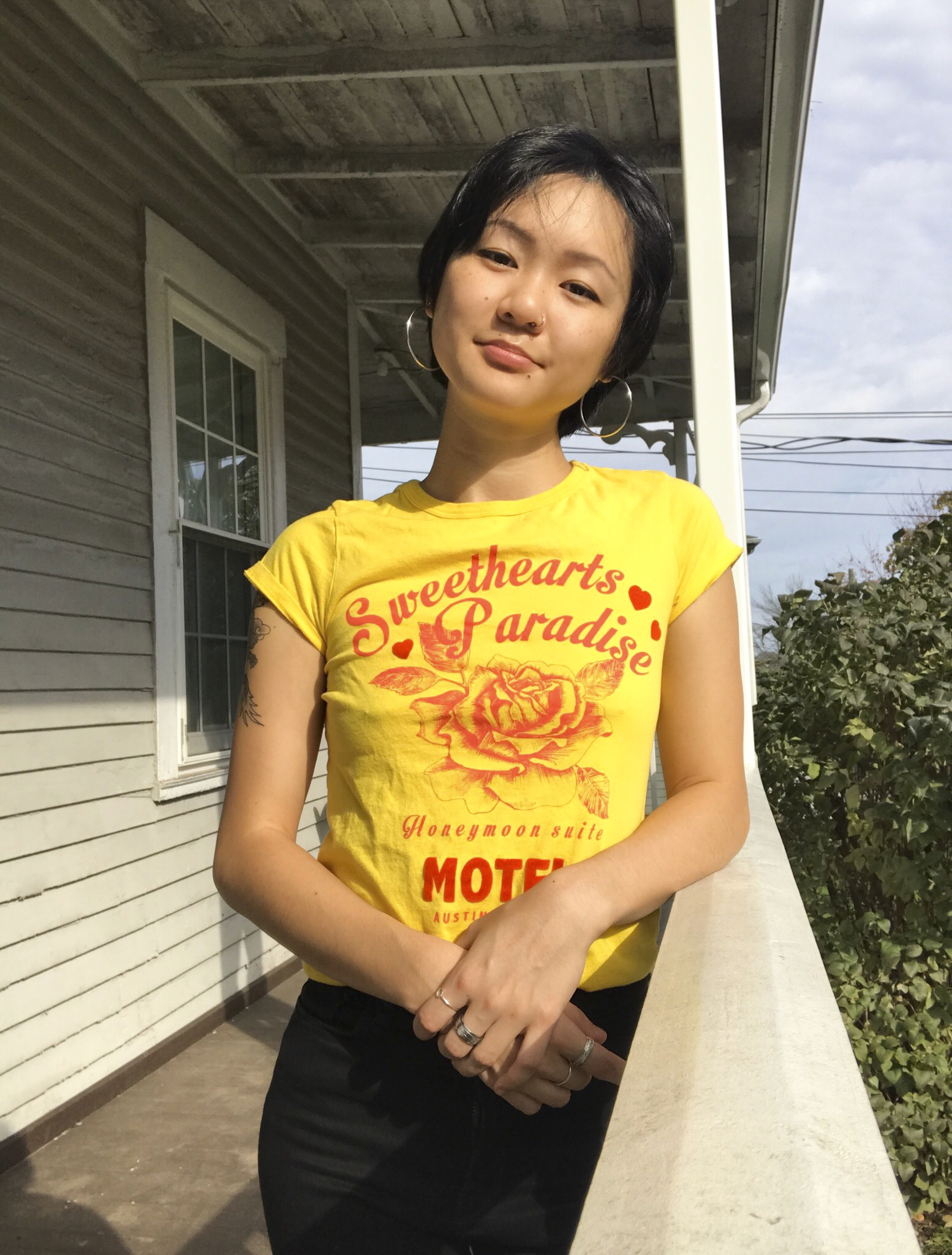 This week’s WesCeleb is arguably the most trusted person on campus. They’ve given stick-and-pokes to what seems like half the school, and their tattoo work has been gaining attention across the Tri-State area. Ocean Gao ’19 has also been featured in the Smithsonian permanent collections for their T-shirt design that fundraised for Black Lives Matter. You may follow their Instagram (@baby.phag), or you might have been on the business end of their needle before, but this time the Argus went in to poke around.

The Argus: Just to address the elephant in the room, you’re in the Smithsonian permanent collections! Tell me about the piece and how that happened!

Ocean Gao: So the piece is a T-shirt that I designed my senior year of high school. It’s a picture of Eric Garner because that was when all the non-indictment stuff came out. I think one of my teachers actually donated it, but for some reason it just got collected into their storage vault. It’s exciting, but they also put my birth year as 1998 when it’s not…so that made me kind of annoyed.

A: Could you call them up?

OG: I guess I should. It’s kind of wild to think it’s there in their vault. I think it was on display for one exhibition on history being collected as it occurs, but that was a while ago so now it’s sitting in a vault somewhere. Around last year, [the piece] was in The New York Times, so I knew it was collected in The Smithsonian then, but I just didn’t see the link for it until recently. It says it was a gift of Mariama Richards, who was my teacher, so I guess she put it in there.

A: What prompted you to make the piece?

OG: It was because I had gone to this conference called Student Diversity Leadership Conference, which was mostly students of color, and I feel like that conference gave students the space to be really vulnerable, and I guess it was at that time that I realized that my being angry was a privilege because I wasn’t afraid. I also realized that one of the strongest ways to support the Black Lives Matter movement was through money and resources, so I designed that T-shirt and turned it into a fundraiser. I was selling shirts to fundraise.

A: You’re also known for your tattoo artistry on campus. How did you get into stick and pokes?

OG: I started in the beginning of my sophomore year, just because my friend Nadine was like, “can you give me a stick and poke” and I was like, “I’ve never done that before, but I guess if you trust me!” So I gave her a little palm tree, and I realized it was something I really liked doing. I first gave myself a fish, and it just kind of started from there.

A: When did you start getting known for your stick-and-poke work?

OG: It definitely happened while I was at Wesleyan, but I think it got bigger over this past summer—I’m not sure how it happened—there’s this other Instagram @QTPOC.TT that post tattoos done by queer tattoo artists of color and they shared one of my posts. A lot of people started following me because of that, and I even got a few commissions out of it.

A: I heard you just got back from Philadelphia on tat-related business.

OG: It was a kind of tattooing convention or festival held by Philadelphia Contemporary. They emailed me over the summer and asked if I could come in for this. It felt so surreal; I was like, “I can’t believe this is already happening.” I got to keep 100 percent of my commissions while I was there. There were artists who had years of experience and really knew what they were doing, so I felt kind of nervous, but the way the event turned out I thought “I can be a tattooer like, for real, for real.”

A: Can you tell me about your own tattoos?

OG: I have a lot of them. The first one is this on my ankle, the second character of my Chinese name means “shore,” and I wanted that area to be grounding and thinking about balance. It’s funny because when I got it done, I went to a random tattoo shop, and I showed them the design and the artist asked me where I wanted the “congee,” which is the word for a Japanese character. It was kind of awkward because I was like…this is not a congee. So now I research artists before I go to them. I have five stick-and-pokes, and now the dragon on my upper arm that I got over the summer. It’s so big. When I see photos of myself before I got the tattoo, it feels like it should always have been on my body.

A: What do your parents think of the tattoos?

A: Do you plan on continuing to tattoo in the future?

OG: I definitely want to continue tattooing after college, but I don’t really know what that looks like right now. It would be super cool to do full time, but I don’t know if that makes sense or is realistic right now. I really just love tattooing. You spend a big chunk of time with someone you’ve never met before and that never really happens much in life. If the tattoo has significance to them, they talk about it and it feels really intimate because there’s an element of trust and it’s gonna be on their body forever. It’s such a good thing.

A: Do you have any funny moments from tattooing?

OG: I was tattooing a cat on this 50ish-year-old woman, and I never really tattooed someone that age before. Usually when I tattoo, I check in with the person a lot and ask if they’re feeling okay, and if not, we’ll take a little break. She was like, “This is nothing! I’ve gone through childbirth! This is fine!” It was such a surprising response! I was like, “Okay…I was just checking in!”

A: Do you have a favorite kind of customer?

OG: I like the people who are like, do whatever you want or give me whatever. It feels sometimes a little scary, like, can you give me at least some guidelines? It feels cool to be trusted like that.

A: Do you have any plans to continue art outside of tattooing?

OG: I honestly feel like I won’t be able to “make it” in the art world. I feel like I wouldn’t even be able to jump through all the hoops that the Studio Art Department at Wesleyan has, so it feels like I’m not made or trained to be that way. But I also don’t really know what the art world is, if that makes sense. I don’t really like the idea of galleries and museums being seen as the only way to make it in art. It’s such a limited way to experience art that’s also probably super colonial and stuff. I would like to do something art-related in the future in a way that’s not just putting art in a gallery something like that, but something more community-oriented and something blurring the line between artists and non-artists.