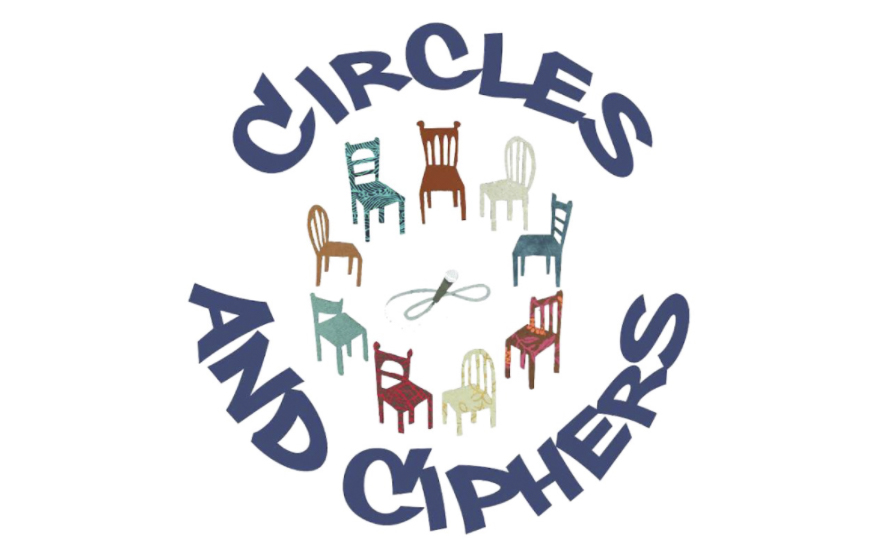 A Chicago-based restorative justice organization called Circles and Ciphers led a peace circle hosted by Wesleyan Students for Ending Mass Incarceration (SEMI) on Oct. 25. The circle, which began nearly full with about 12 participants, kept expanding over the course of the event and included both students and members of the Middletown community.

Circles and Ciphers (C&C) emerged as a response to community members’ complaints of criminal activity in Chicago’s Rogers Park neighborhood related to six men who were residents of a Department of Children and Family Services (DCFS) Group Home. In response to the community, these men began to take part in a bimonthly young men’s group based on a restorative justice model which explored a variety of topics including goal setting, relationships, and violence. The group evolved into a safe and comfortable space, which in the summer of 2011 became the youth-centered, hip-hop leadership development organization that is now C&C.

“Circles & Ciphers is a hip-hop infused restorative justice organization led by and for young people impacted by violence,” the C&C website reads. “Through art-based peace circles, education, and direct action we collectively heal and work to bring about the abolition of the prison-industrial complex.”

C&C holds programs in a variety of settings including prisons, schools, and group homes. The group’s four main values are respecting the wisdom of people of all ages and stages of life, restorative and transformative justice, artistic expression, and imagination.

Thursday’s circle called on participants to engage in self-reflection. One of the exercises involved analyzing Lukas Graham’s song “7 Years Old.”

AnnMarie Brown, one of the leaders of Thursday’s circle, reflected positively on the event.

“Through honest self reflection, deep listening, the power of talking pieces and the flowing of positive energy through the space, the power of the peace circle was not just talked about, but became a healing hands on experience for all those involved,” Brown wrote in an email to The Argus. “One highlight of the event was the question and answer portion after led by two of the Circles and Ciphers facilitators. Within that conversation, participants were able to eat while building community, and understand the practical use of restorative Justice circles in the C&C space as well as the court system in Chicago.”

Nick Byers ’19, who helped facilitate C&C’s visit, also discussed the power of Thursday’s circle. Byers participated in a C&C event during the fall of his sophomore year and went out to dinner with some members afterward, including C&C-member and Wesleyan alum Evan Okun ’13. C&C has come to Wesleyan’s campus almost every semester since Okun graduated and began working with the organization.

“For one, we had almost 20 students present, more than we’ve had in a few semesters,” Byers wrote in an email to The Argus. “Additionally, about 5 long-term Middletown residents were able to attend the circle, more than any circle in many semesters. The circle was also just beautifully facilitated by the C&C team, and allowed participants to touch on profound memories they have of childhood and adolescence.”

“Though there is so much to be done, we believe that circles play an integral part in a future world we see where no jails or police exists,” Brown wrote. “We hope that people understand that healing is powerful for restoration within ourselves so no matter who you are, circles are a powerful tool for the soul to heal from harm that you may not even know has been holding you back.”

Byers spoke similarly about the immense value in the practice of restorative justice and the type of listening it cultivates.

“Restorative justice is a crucial practice because it alters one’s understanding of community, conversation, listening and even time,” he wrote. “Through the use of a talking piece, active, intentional listening is emphasized, and circle participants are encouraged to talk as much, or as little, as they need. Considering its origins in indigenous practices, [restorative justice] can be seen as a crucial tool for practices of equity, redress, and decolonization.”

Brown emphasized that an important part of their circles is that they allow all participants to be heard without interruption. She spoke about the tendency in everyday life to allow differences to become a barrier to intentional listening. While each circle is unique, there are common threads in terms of the circles’ general progression.

“We always start with a game of some sort to get everyone more comfortable with each other in the space,” she wrote. “After that, we check into the space to respect where each person is at in that moment which is crucial to understanding the emotions and energy someone is bringing into the space. We then do various activities that allow people to open up in the space.”

Brown also highlighted the role art can play in these spaces.

“What is unique about C&C is that we always usually include a song, poem or drawing etc into the circle because many people can relate to art, specifically Hip Hop,” she wrote. “Hiphop is a worldwide phenomenon that we use that has always allowed the freedom of expression for anyone to speak, think, create, love and be which directly correlates to the message we want every circle to bring.”

Looking ahead, Byers has been in contact with a few Middletown organizers who hold a weekly cipher and are looking to incorporate peace-building, restorative justice circles into their practices.

“The cipher has been well-attended by youth and I am aiming to get funding from Wes for the project by the start of next semester!” he wrote. “The circle and cipher could be an incredible opportunity for the Middletown community to come together weekly and share ourselves via our art and experiences.”