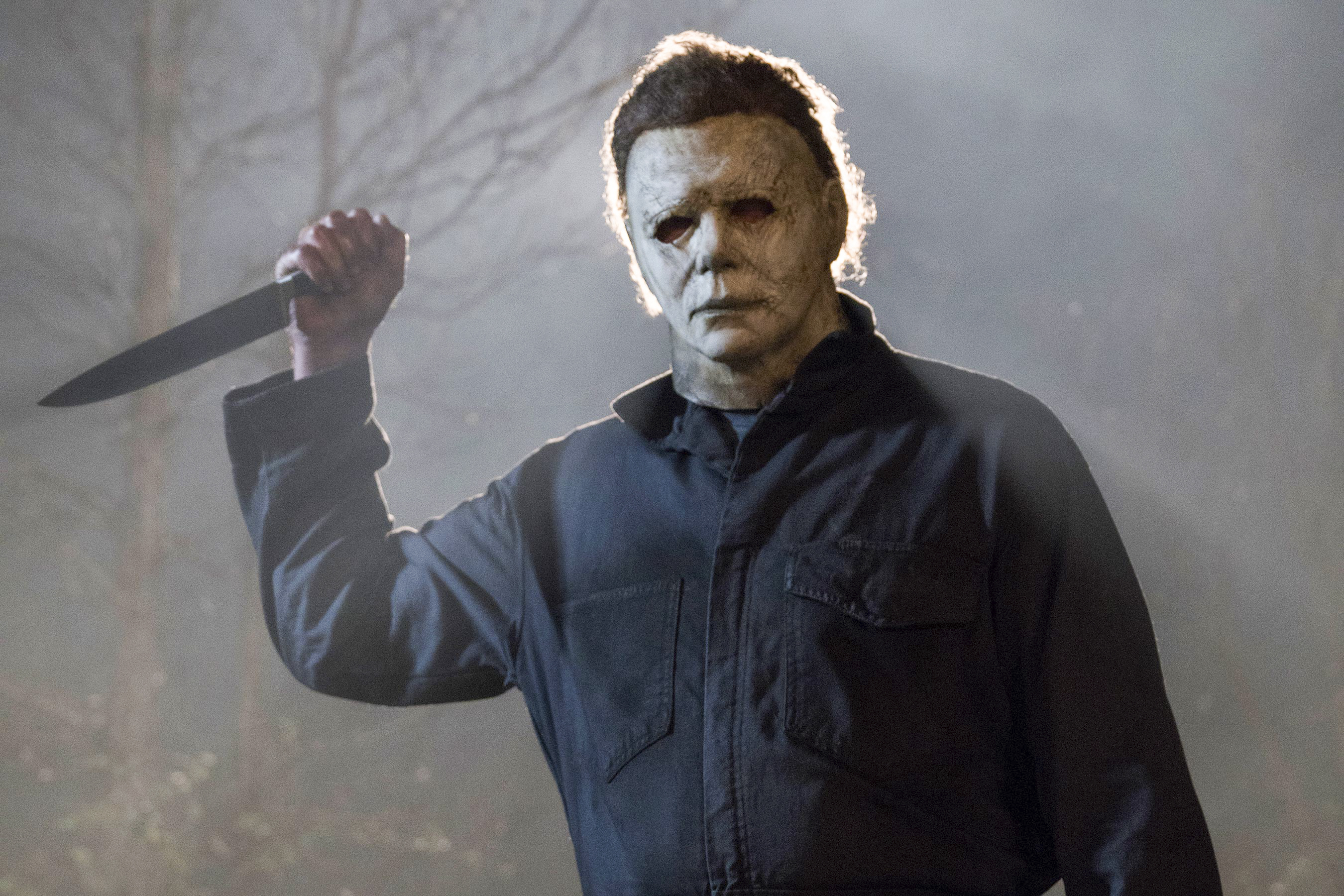 Based on the marketing alone, the new “Halloween” movie seemed like it would be a thrilling and original take on the long-running franchise. A direct sequel to John Carpenter’s classic, it put the original film’s star, Jamie Lee Curtis, front and center; traumatized by Michael Meyer’s killing spree in the original film, Curtis’ character, Laurie Strode, has spent the last 40 years preparing for him to escape from prison, so she can enact revenge for all the pain he caused her. In other words, “Halloween,” seemed like it wouldn’t be a traditional, clichéd slasher, but instead a tense game of cat-and-mouse between a nearly supernatural force of evil and a scorned woman looking to take revenge.

For the first half hour or so, “Halloween” delivers on that promise. Laurie is a deeply scarred woman, having suffered through two divorces, and the loss of her daughter to child services. She lives in the woods in a house filled to the brim with guns and elaborate security measures. Curtis is immediately phenomenal in the role, simultaneously a badass and a broken woman. One of the films standout scenes sees her having an emotional breakdown in front of her family, stammering her words and desperately trying to put on a happy face, when all she can focus on is the lingering, scarring image of the man who nearly killed her. When Meyers escapes his high security prison due to a bus crash, Strode immediately begins putting plans into action. The film reaches this moment a bit slower than it should have, distracted by subplots and uninteresting characters, but I was excited enough by the promise of a battle between Strode and Meyers, victim and victimizer, to overlook these flaws.

But then the film kept moving along, and my hopes were dashed. The film shifts focus from the fascinating Laurie to her less interesting high school granddaughter, Allyson (Andi Matichak). Slowly but surely, Curtis begins to vanish from the film, replaced by a seemingly endless supply of teenagers with no purpose other than to get inebriated, have sex, and be cannon fodder for Meyers. Before I knew it, I was watching yet another dull slasher flick.

It’s not hard to see why the film went this route: a nostalgia trip, which repeats classic pop culture beats, is more likely to be a hit with audiences than something that meshes elements of the old and the new. One need only look at the mass-appeal of “The Force Awakens,” which retreads roughly the same story as the original “Star Wars,” and the divisive controversy of “The Last Jedi,” which throws out much of the franchise’s mythology. Playing to expectations is safe, going against them financially dangerous. It seems the creators of “Halloween” took this to heart, replicating much of the story of the original, with only a handful of twists to shield them from criticisms of unoriginality (which, clearly, did not work against this critic). For much of the movie, Michael Meyers kills people, a majority of whom are teenagers trying to have a good time on Halloween night. It’s what you’ve seen before, what you expect.

If this is the kind of movie you want, then “Halloween” will suffice. Under the direction of David Gordon Green, there’s rarely a moment without some kind of suspense. There’s always the sense that Meyers is hiding just around the corner, waiting to attack once someone finds him. It helps, too, that Gordon Green has some solid technical skills. There are some impressive and lengthy moving takes in the movie, watching Meyers calmly walk through suburbia before brutally murdering the first person he runs into. For a man who has never previously directed a horror film, Gordon Green is surprisingly excellent at steadily building tension.

But he also makes the mistake of making the film too gritty and dark. Perhaps thinking that Meyers (who, the movie reminds us, killed “only” five people in the original) wouldn’t be truly scary in today’s day and age, decided to film with dark cinematography, and gruesome, realistic blood and gore. Meyers’ kills, as a result, seem real. Too real. Much of the charm and entertainment of the best slasher films is that they’re inevitably campy. The “Friday the 13th” movies were more over the top than unsettling because of the obviously fake blood and body parts; the same goes for “Nightmare on Elm Street,” which used the inherently fake-looking special effects to its advantage. That film was creatively over the top, which made it both scary and wonderfully campy. The same cannot be said of “Halloween.”

Nor does Meyers really need to be made any scarier. He is, as the film presents him, a force of pure evil. He has no motivation or endgame; he simply kills whoever he comes into contact with. With his expressionless white mask, he is a terrifying menace, regardless of the decade or cultural climate surrounding violence. Even today, you don’t need to do much to make a serial killer unsettling. But Gordon Green ignored this fact and ignored the lessons to be learned from past horror films. As a result, much of the film is purely discomforting, not in an enjoyable way. There’s nothing “entertaining” about watching a man’s head be stomped into gooey blood; nor is there anything “fun” about watching a child be strangled to death.

The film’s flaws, unfortunately, do not end there. “Halloween” boasts a script which is remarkably clunky.  Written by Gordon Green and co-writers Danny McBride and Jeff Fradley, the dialogue is awkward, with forced jokes at inopportune moments, and characters who talk like they have no motivation beyond delivering exposition to the audience. The story consistently finds the most convoluted possible ways to get characters from point A to point B. An entire romantic subplot exists just so one character can lose their cell phone; a major plot twist serves only to get Meyers closer to Laurie, and the twist quickly ignored once he gets there (never mind that said twist is irredeemably hammy and stupid).

After nearly two hours of clunky clichés, when Meyers and Laurie do, finally, confront each other, “Halloween” immediately elevates itself. The tense standoff between the two is genuinely exhilarating. The lines between predator and prey are blurred, as Laurie stalks Meyers throughout her own home carrying a gun she has spent forty years learning how to use. There are visual callbacks to the climax of the original “Halloween,” which serve as both clever Easter eggs, and as a means to highlight the trauma Laurie’s been through. The closet in which Meyers may or may not be hiding isn’t merely a closet; it a reminder of the place where Michael once had her cornered, trying to claw his way in so he could murder her. With Gordon Green’s smart use of hand-held camera work, and the stark darkness of the house, the climactic showdown is absolutely thrilling from beginning to end. Too bad it takes nearly two hours to get there.

Look, I don’t want to sound overly harsh in this review: I was generally mildly entertained during the runtime of “Halloween.” It was mostly suspenseful, and Meyers is once again a genuinely scary boogeyman. It had a clunker of a screenplay, but what horror movie doesn’t? It’s not a bad movie by any means, but it’s one I’m still bitter about. I was expecting an epic fight between two Hollywood legends: the commanding talent of Jamie Lee Curtis, and the unrelenting force of malevolence known as Michael Meyers. I got an unoriginal, slightly above mediocre film. Don’t expect me not to hold a grudge against “Halloween.”