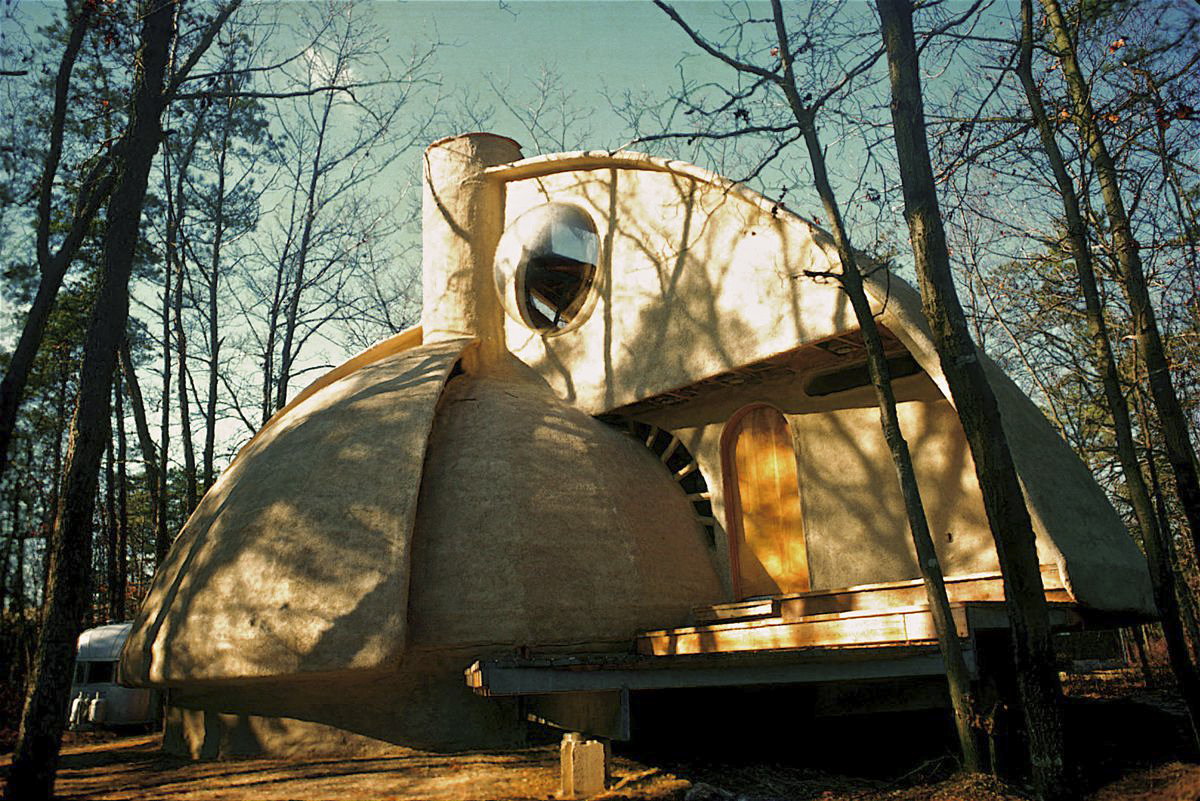 “I think we can turn off the lights in here,” Steve Badanes ’67 said, before beginning his lecture in the Ring Family Performing Arts Hall this past Wednesday. “This is better for both seeing the images onscreen and for sleeping.”

Badanes’ audience, however, did not seem at all inclined to doze off during the talk, which was a lively and illuminating account of his long and unconventional career.

Badanes currently serves as the Howard S. Wright Professor of Architecture and Director of the Neighborhood Design/Build Studio at the University of Washington, but long before that, he began his career by helping found the architectural firm Jersey Devil. Unlike more traditional architects, who are responsible solely for planning buildings, Badanes and his partners at Jersey Devil constructed all of their designs themselves, a system known as design/build.

“Architecture has its roots in craft and making things,” Badanes said, explaining his motivations for starting Jersey Devil instead of pursuing a more conventional career after finishing architecture school. “That’s what I’ve been doing for the last half-century, and I’ve found it to be a fabulous way both to teach architecture and to make it. Architecture in the ’60s—the profession was even more conservative and lifeless than it is now…so we didn’t go to work in an office. We joined together with a couple of classmates and started a company called Jersey Devil, a group of architects, artists, and inventors committed to the interdependence of design and construction. We had a small office in rural New Jersey but we were pretty itinerant, working out of wherever our commissions took us. We did all the construction ourselves, typically living onsite either in trailers or in crew-built structures.”

This desire to get his hands dirty and feel a close personal connection to his buildings is the common thread running throughout Badanes’ work, which ranges from elaborate houses to simple woodsheds. Badanes began by showing the audience a few of the houses that comprised Jersey Devil’s earliest work. These homes are fascinating but bizarre, drawing structural inspiration from things like snails and samurai helmets.

“You know, when you first get out of school, you want to use every single idea you’ve ever had in the first project you get,” Badanes admitted. “And the results are not always timeless.”

One such building is the fittingly named Football House, an enormous wooden oval perched on the side of a forested hill.

“This is the first building we built on the West Coast,” Badanes explained. “It’s our response to a steep slope in a seismic area.”

Football House is located less than a mile from the San Andreas Fault, and its somewhat precarious location inspired its shape.

“We wanted to do something that would be really spectacular if the big one hit,” Badanes said, miming a football toppling downhill end over end.

Jersey Devil evolved as its members gained experience but held on to the lessons learned during these early projects.

“There are some practical benefits to these buildings,” Badanes said of his firm’s earliest work. “The idea that structure can generate the form, the idea that a building can collect and store solar energy, the idea of simple geometry and local materials, have formed the basis of all the work that we’ve done since then.”

Badanes also discussed the close relationship between a building and its environment, an idea exemplified by Jersey Devil’s Hill House, a striking residence built directly into the side of a windswept hill overlooking San Francisco.

“The Hill House is the first Jersey Devil project that put together all these environmental discoveries that were emerging in the ’60s,” Badanes said. “There’s nothing between [the house] and these huge storms that come off the ocean…so we scooped out the top of the hill and set the house in there. The idea was that the wind would go over it but the sun would still come in. And then by following the contours of the hill we pushed the wind around it and created a wind-free courtyard on the north side of the building. By bringing the earth and grass up on the top [of the house], we gave it some ballast, to integrate it with this amazing site.”

Hill House continues to stand almost four decades after its construction, having survived earthquakes, windstorms, and even a fire. This hardiness is a clear testament to the benefits of working with the existing environment when designing a building.

Badanes went on to talk about several other of Jersey Devil’s most well-known projects. These buildings, while diverse in appearance and location, were all united by the same emphasis on utilizing the natural landscape and resources, as well as the architects’ close involvement in every step of the process from initial designs to construction.

Badanes also described his teaching career, which began at the Yestermorrow Design/Build School in Vermont in the ’80s. Badanes, along with the other partners at Jersey Devil, leads a program for college students from around the country at Yestermorrow every summer. The program emphasizes the value of hand drawing and using local materials, and students spend two weeks designing and building some form of community project for a nonprofit. Past projects have included a bandstand for a local farmers’ market, a trail shelter, and a windproof bus stop.

Badanes also teaches at the University of Washington, through the school’s Neighborhood Design/Build Studio. Much like at Yestermorrow, Badanes’ students at the University of Washington create structures for local nonprofits, though in this case their projects have a timeline of 11 weeks instead of two. Many of these projects have been additions to the Danny Woo Community Garden, a large public garden in the heart of Seattle’s International District.

“There are a hundred plots here for low-income gardeners,” Badanes explained. “In order to have a plot in the garden you have to be over 62 years old and live in the district. Many of the gardeners are Asian refugees…and almost all of them are non-English speaking.”

In past years, students have built multiple facilities for the garden, including raised beds, patios, and sheds.

“It’s a pretty fabulous statement in contrast to these monuments to unleased office space there in the back,” Badanes said, gesturing to a photo of several skyscrapers looming in the background of the vibrant community garden. “What we’re trying to say is that hand-craftsmanship and ethnic traditions and growing food are an important use of land in the city, which is a lot of things for a tiny project by a handful of architecture students to say.”

Badanes detailed several other projects his students have created, including a picnic area in the middle of an affordable housing complex and a sunhouse for the Seattle Arboretum.

“These have been amazing experiences for a lot of my students and have even been life-changing in some cases,” Badanes said. “Quite a few students have gone into [the Neigborhood Design/Build Studio], and a fair number have gone into community service and nonprofit work. But even the ones who go into traditional architecture feel that being able to build something has taught them a lot about the lines they put on paper and how difficult it is to make them real.”