“A Star is Born” Delivers Joy and Heartbreak Within Restrictive Conventions 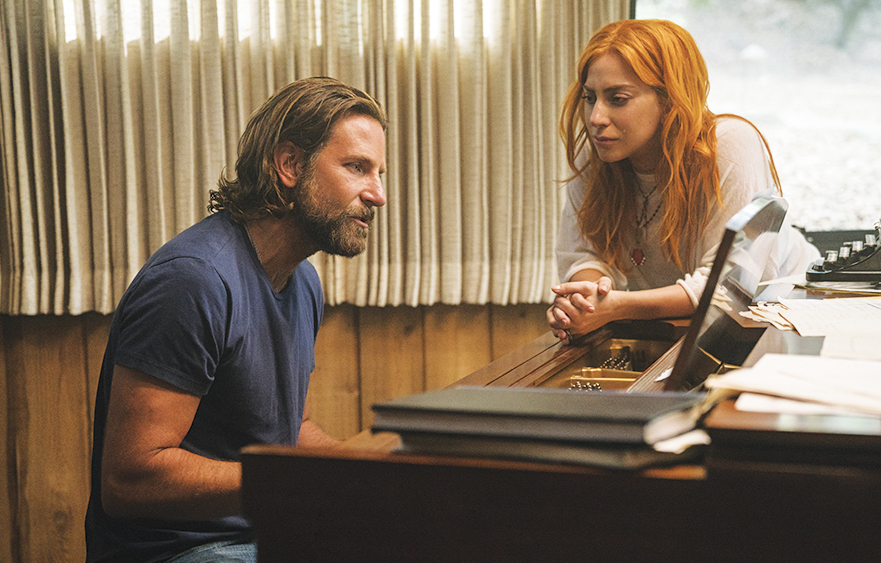 There’s an emotional scene late in “A Star is Born” that serves as not only a moment of genuine connection between two characters, but also as a guiding hand from the film’s creators about how to understand the traditional story the audience has just witnessed.

“Music is just the same 12 notes between an octave,” Bobby (Sam Elliot) states in an emotional plea. “Twelve notes and the octave repeats. It’s the same story told over and over again… All the artist can offer the world is how they see those 12 notes. That’s it.”

This line is a moment of profound healing for both Bobby and the person he’s delivering the lines to, a way of pushing past the self doubt and fears that have been driving the characters in the film into a place of acceptance. But this is also clearly the story the filmmakers are telling themselves: It reads as their justification for remaking a classic Hollywood film for the third time. It’s okay if the story’s not “new,” as long as we offer the world a personal understanding of that story. Even if these lines don’t thoroughly work as justification for the film’s existence and just become an excuse for it, “A Star is Born” is most fascinating when it grapples with this strange push and pull between tradition and modernity, archetype and specificity, and how common conventions can become deeply personal. This struggle is what gives the film its gravitas, but also what inhibits it from transcending its restrictive conventionality.

The outlines of “A Star is Born” are so familiar that even those who haven’t seen the previous Hollywood versions (starring Janet Gaynor in the original 1937 version, Judy Garland in 1954 and Barbra Streisand in 1976) will be able to recognize where the story is going. Jackson Maine (a rugged Bradley Cooper, who also directed the film) is a veteran country-rock star, performing to sold-out crowds even as he struggles with both his loneliness and his increasing addiction to pills and alcohol. Far from the intoxicating world of celebrity is Ally (pop star Lady Gaga, making her film debut), a struggling musician working in the service industry and performing side-gigs at the local drag bar. Jackson, desperate for some booze to get through the day, stumbles upon Ally performing a bravura rendition of “La Vie En Rose” and is immediately enraptured. Even though Ally is at once overly theatrical about her performance, nearly dressed up to resemble the drag queens she’s surrounded by, she’s also incredibly insecure about the way she looks “naturally” and can’t even conceive of herself as a successful artist. But Jackson sees something special in Ally as both a person and performer, and won’t let her back down from realizing her potential.

You can probably guess where the story moves from here: the ascendancy of Ally as an iconic celebrity, the downward spiral of Jackson’s life, and the swirling romance connecting the two leads together in a delicate balance. Although the film does have the ability to surprise, none of that rush of feeling comes from the screenplay, which generally adheres to what you’re expecting will happen. There’s a sense of inevitability to the proceedings: of course they’re going to fall in love with each other, of course there’s going to be struggles with their careers, of course there will be moments of triumph and utter defeat delivered through song. It feels as if this progression is so ingrained into our cultural conception of love that “A Star is Born” is basically a legend, or myth.

That’s because, for better or worse, it’s based on one. The romance film still can’t seem to shake off Ovid’s classical telling of the “Pygmalion” myth. In the myth, Pygmalion, a sculptor in search of a “real woman” unlike those that surround him, creates an ivory statue so beautiful he falls madly in love with it, to the point that the gods take pity on him and make the statue a real person. Narratives of romance still lean into this fantastical transformation. The idea of a man helping to create something he falls in love with has stubbornly persisted, influencing movies from “My Fair Lady” to “Pretty Woman” to “She’s All That.” What’s so restraining about this trope is that it filters true love completely from a male perspective, while also robbing the woman of her own subjectivity and agency within her own self-realization.

To its credit, “A Star is Born” seeks to mend the discomfort of the Pygmalion myth by focusing in on the choices that Ally makes in the narrative. The most satisfying moments in the film are when Gaga is given the floor to fully express herself, to push through her own self-doubt and resiliently command a stage. When Jackson first encourages Ally to perform with him, in the sweeping song “Shallow,” (which she herself wrote), it is Ally who makes the decision to become the singer she’s never believed herself to be. Even more empowering is the song “Always Remember Us This Way,” when Ally is given the stage entirely to herself. Ally’s performances are the best when her back-up dancers, or even Jackson himself, fade away, and we are left with a woman struggling and succeeding to become her best self.

Unfortunately, the film still stumbles on the restrictions of this traditional narrative. Despite stellar supporting turns by actors Anthony Ramos, Andrew Dice Clay, and Dave Chappelle, Gaga is stranded as the only fully realized woman in the entire film. Does “A Star is Born” pass the Bechdel test if Ally briefly talks to drag queens? There’s also an uncomfortable class distinction between the two leads in the beginning: when Jackson flies Ally out on a private jet to perform with him, an escape from the struggling artist routine she’s used to, the fantasy of class mobility is uncomfortably similar to the romance that’s building between them.

But there’s a greater force moving through the film that makes it inherently watchable. Despite any discomfort at seeing this romance being enacted in such a restricting way, it’s almost impossible not to fall in love with the incredible performances that Cooper and Gaga deliver in this film. Cooper plays Jackson with a jagged earnestness, someone who is battling with his own demons while recognizing hope within another person. As the film progresses, Cooper as both a director and an actor deepens the characterization of Jackson from a jaded celebrity to a man utterly ashamed at the pain he’s caused to both himself and those he loves. To watch him attempt to recover from his addiction is heartbreaking, and an intimately shot scene of an apology of his (along with his work in “Silver Linings Playbook”) establishes Cooper as an actor in full command of representing the devastating effects of depression.

But if anyone elevates “A Star is Born” to greatness it is the star herself: Lady Gaga. Throughout Gaga’s music career, from the electro-pop provocateur fantasy “The Fame” to her recent stripped down, country-folk album “Joanne,” Gaga has been an artist who thrives when focusing on the contradictions of being an artist. She is often her most raw and intimate when performing at a heightened theatricality, and can bend the conventional genre of pop music into surprising and personal directions. The role of Ally allows Gaga to embody all of these contradictions in one character, creating a complex and nuanced understanding of what it means to be both an artist and a lover. Like last year’s “La La Land,” “A Star is Born” eventually sidetracks its questions of career, authenticity, and fame in favor of the epic sweep of love. But Gaga’s presence in the film makes these questions still resonate throughout the film. Gaga makes the frustration, compassion, and love Ally goes through feel genuine, despite the performativity of the role. Her ability as an actress has never been given more of a spotlight as when she is allowed to purely sing about the pain she is feeling. The casting of Gaga in this role is a revelation.

But who deserves credit for that revelation? That’s the problem of the movie, in a nutshell. Are we to celebrate Gaga for her own abilities as a performer, or should we instead praise Cooper, the man who saw talent in Gaga and used his platform and privileges to give her this opportunity? The insidious element of the Pygmalion myth is that when it’s so pervasive the myth begins to shape the way in which we live our lives. Cooper contacted Gaga after being moved by a real life concert performance of her singing “La Vie En Rose,” and his choice to recreate that scene within the film blurs the line between reality and fantasy. Gaga herself, out of modesty or appreciation, has given lots of credit for her own star-making role to Cooper.

“There can be a 100 people in the room and 99 don’t believe in you,” she has stated multiple times in press interviews for the film, “And you just need one to believe in you, and that was him.”

I look forward to the day that the one person who has to believe in a woman’s ability is the woman herself. In “A Star is Born,” despite Gaga’s virtuoso performance, women are still reliant on men to achieve their dreams. A star like Gaga deserves to create her own myth, and to tell a new story.