Behind the Scenes of Wesleyan’s Film Board 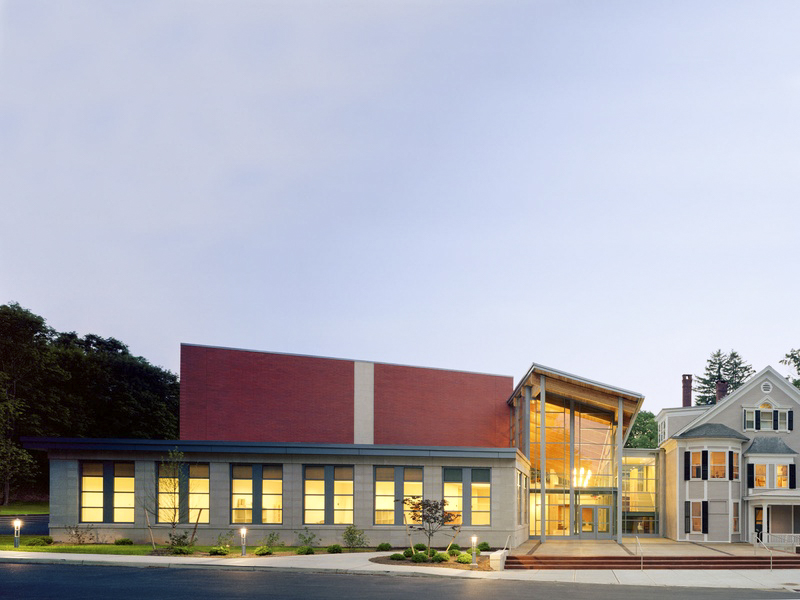 At 8 p.m. on Wednesday through Saturday nights, the lights go down and the screen brightens at the Goldsmith Family Cinema for the Wesleyan Film Series. Depending on the film, the roll of credits at the end may be accompanied by the audience reminiscing their own cringeworthy adolescent horrors, as it was with “Eighth Grade,” or hurriedly drying their eyes, as it was with this past Friday’s screening of “Brokeback Mountain.”

While this upcoming weekend marks the end of the first 2018-19 Film Series calendar, the film board who chooses the series lineup will be back with the newest calendar as soon as fall break comes to a close.

“We keep on going,” Film Board member Wilson Lai ’19 said. “We’re playing movies as long as students are here to see them.”

The Film Board is composed of 11 students, most of whom are upperclassmen. At the end of each academic year, the board places suggestion boxes around campus for students, faculty, and staff to name movies they would like to see at the series. Once the board collects the boxes, they put all of the suggested films into a list and add any additional movies they feel it would be important to consider. Throughout the year, the board consults the list as they work to create four diverse half-semester calendars.

“There ends up being a fair amount of student-solicited suggestions, but we also add our own ideas to the process to make it more well rounded,” Emily Litz ’20, another board member said.

“The group consists of a lot of different people with different backgrounds, and we all have our own specialties in the movies that we watch,” Lai added. “That balance makes for a pretty diverse calendar.”

During the time the board is constructing the calendar, they have weekly meetings. Picking films to show is a very personal process, Litz explained, which can lead to lengthy and often heated, though always friendly, debates between board members.

“I find the meetings to be really fun,” Litz said. “There’s a lot of friendly debate. A lot of the time someone is really passionate about one movie and they want it to be on a Friday, and then other people will disagree. Also if we decide one night will be a movie by a certain direction, we spend a long time talking about which movie to show.”

Though The Argus pressed both Lai and Litz for exclusive reveals of the upcoming calendar, the two kept their lips sealed. They did, however, offer assurance to viewers that it will include films they will not want to miss.

While they would not reveal the title, Lai and Litz hinted that an early screening of a new release will be included in the next calendar.

The film board obtains rights to screen the movies from a website called Swank Motion Pictures, which Litz claims used to be in the business of pornography distribution instead of the distribution of commercial films. The website charges a varied amount for the rights, and the fees are partially covered by the film series’ Wesleyan Student Assembly (WSA) funding and partially covered by the five dollar entrance fee for Friday night showings.

While Lai and Litz said this past calendar had a number of memorable screenings one that stuck out to both was the Sept. 19 screening of “Summer 1993.”

“‘Summer 1993’ was a very magical experience,” Lai said. “It was a movie that I saw by myself over the summer, and it really moved me. I really wanted it to play on the calendar. The Film Series is all about sharing movies with your friends and watching them together, and I think that screening was a big example of that.”

In the next couple weeks, film-goers can look forward to an eventful weekend that includes a screening of Director Boots Riley’s “Sorry to Bother You” this Friday, Oct. 12, as well as a number of Halloween-inspired movies for the week after fall break.

While Lai said the Film Series has become a stable and established part of University culture, he also noted the progression toward a more diverse lineup of films in recent calendars.

“More recently there’s definitely been a push within members of the board to play more diverse movies, whether films by female directors or picking more world cinema stuff or movies by people of color in America,” Lai said. “There’s definitely much more of a significance put on that these past few years, and I think it’s led to good results; results meaning more people coming to the Film Series. The Film Series should be a place with films that mirror or echo what people on campus are thinking about.”