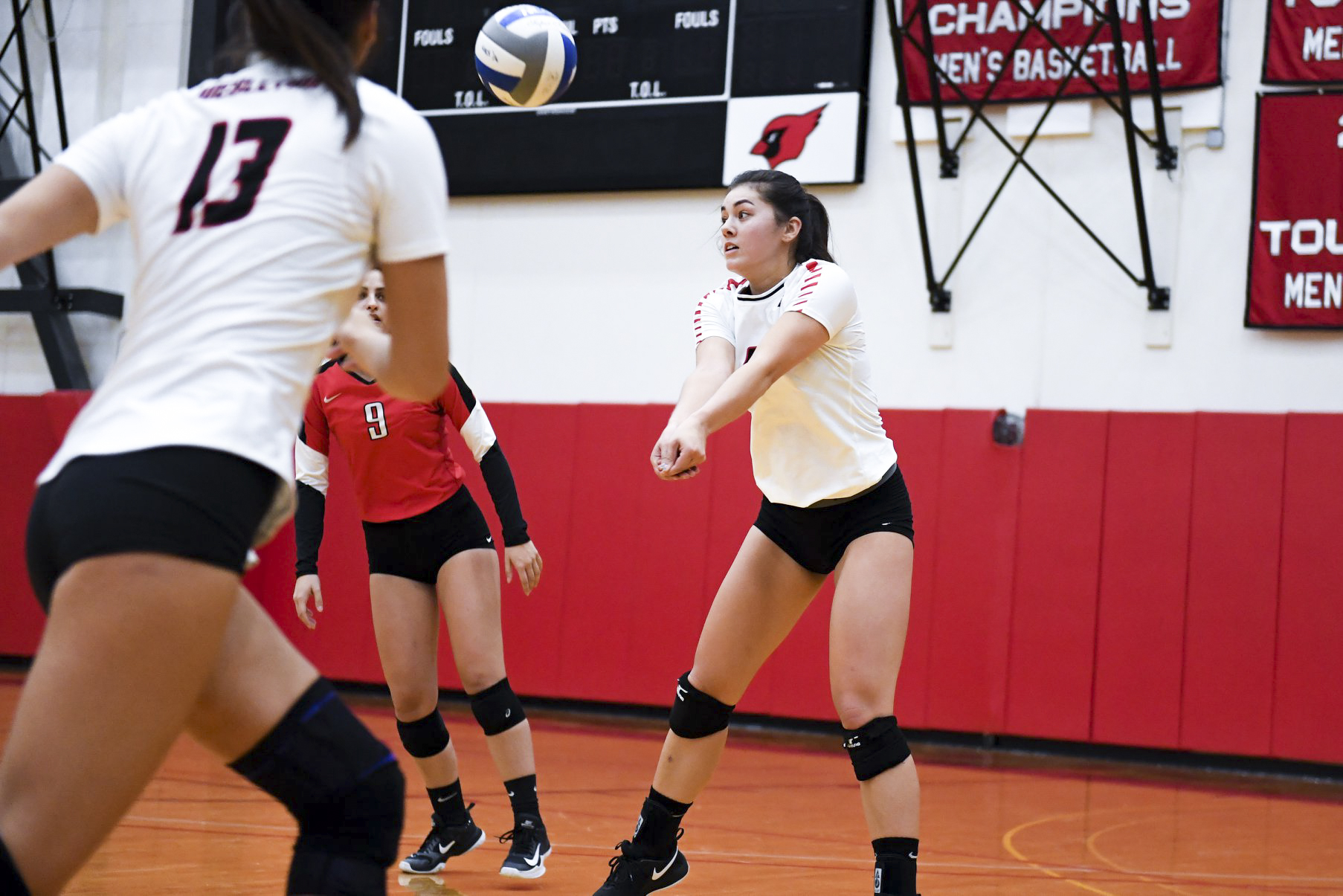 Volleyball had another successful weekend last week, clinching back-to-back Little Three titles with a win over Amherst on Saturday. This was the highlight of a weekend in which the team won three games and only lost for the second time this entire season, bringing their record to 10-2.  The weekend began for the Cards with a convincing win over Westfield State University at home in three sets. They won each set by a score of 25-12. The team totaled 36 kills with 37 digs. Madeleine Lundberg ’19 and Nicole Hilton ’20 led the Cardinals with seven kills. Lundberg also led the team in digs with nine.

The biggest win of the weekend was over Amherst in straight sets to win the Little Three, 25-20, 26-24, and 25-15. It is the third all-time Little Three title for the Cards. In the game, Maddie Kurke ’22 led the Cardinals with kills in, and Bellizzi once again led the team in digs with 15. The team was unable to sweep the weekend, as they fell to Endicott College in four tough sets, and the winning streak was capped at 10.

Captain Madeleine Lundberg ’19 said that the key to the weekend’s success was the team’s focus.

“I think one of the big key to our wins over the weekend was staying focused in every phase of the game,” Lundberg said. “In our game against Amherst, we were able to stay disciplined and execute our system on our side of the net throughout the entirety of the game, and that really helped us find our rhythm and stay consistent throughout all three sets.”

As a senior, she is thrilled to have won back-to-back Little Three titles.

“It feels awesome—it’s been so great to see the program develop over the past four years, and I’m so proud of how far we’ve come,” she said. 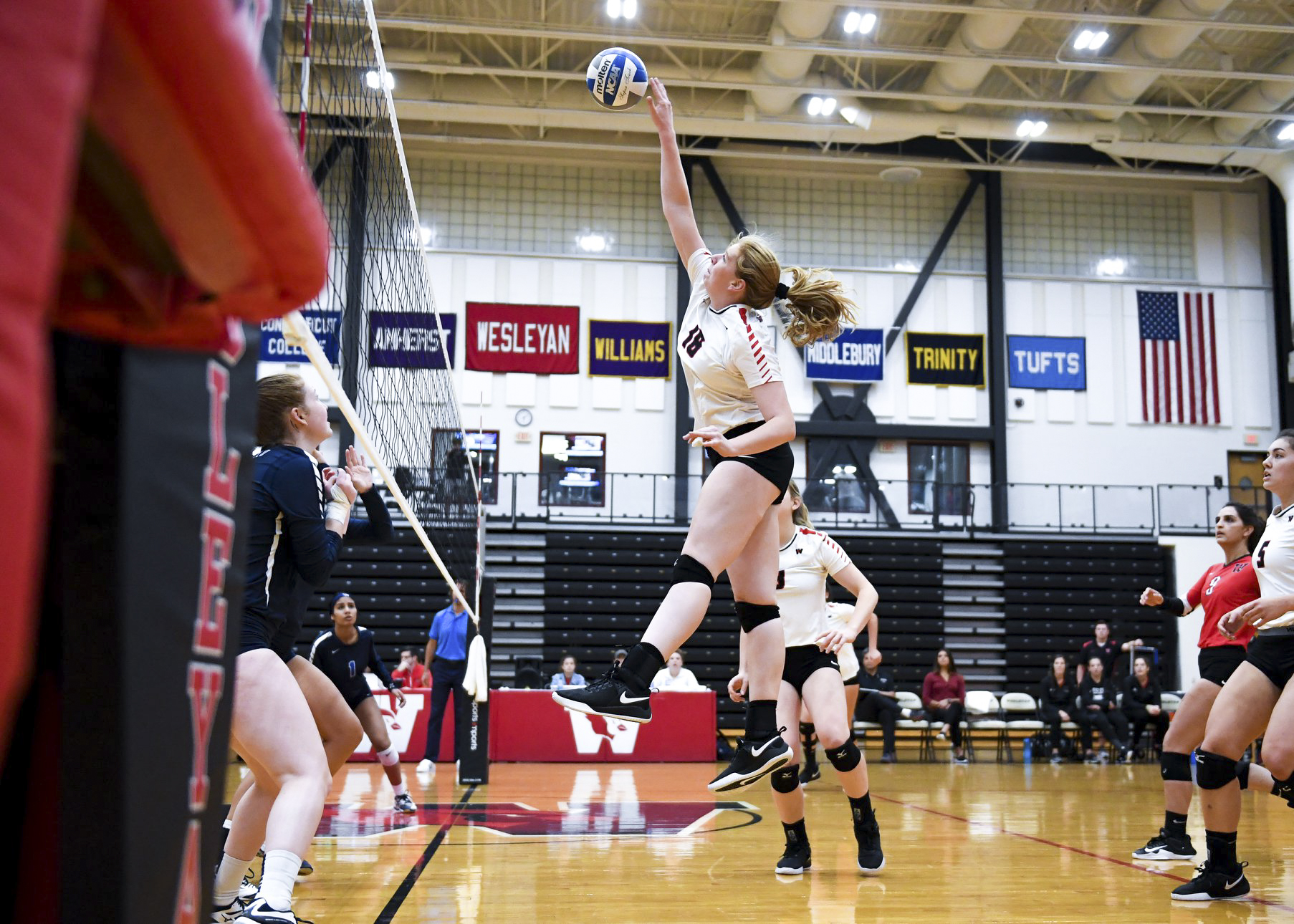 Another thing to keep your eye on is the prospect of Hilton repeating as NESCAC Player of the Year. She’s having another great campaign, averaging over two kills per set and just under .25 hit percentage. These are solid numbers with great potential to catch the attention of the NESCAC award voters.

On the other hand, there are certain areas of the game that need improvement in order to successfully defend the NESCAC title. Wesleyan is only averaging 1.5 blocks per set on the season, which is sustainable for now with the amount of digs that they get. However, if as the season goes on this average stays the same, defense could become a real concern.

On a more positive note, the Red and Black are undefeated in the NESCAC, currently tied for first place with Bowdoin. The Birds look to carry on their undefeated record this weekend.

Next up, the Cards continue their conference schedule with a matchup versus Middlebury at home tomorrow, Oct. 6.

“We’re hoping to take the momentum from our win against Amherst as well as learn from our loss against Endicott to continue to progress and get better as the season goes on,” Lundberg said.

Come out and cheer on the Cards at 2 p.m. on Saturday in Silloway Gymnasium.