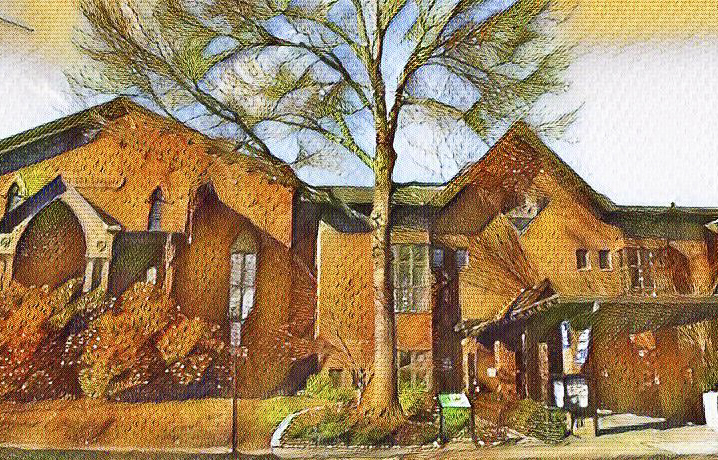 This year’s series of events marks the tenth anniversary of the festival, which is a collaboration between Russell Library, Middlesex Community College, and Wesleyan. Each of the festival’s six free screenings will take place on Tuesday evenings at 7 p.m., with the last screening happening on Tuesday, Nov. 6.

The festival includes a lineup of award winning and critically acclaimed films from around the world, including films from Hungary, Greece, and Cuba, which have not been involved in previous festivals. Tuesday’s event was a screening of “The Insult,” a Lebanese film that received an Oscar nomination for Best Foreign Language Film. Each event involves both a film screening and a subsequent lecture given by speakers who are from the countries represented or are experts on their cultures. Professor of Religion Peter Gottschalk spoke at Tuesday’s screening.

The series of events has been planned for a number of years by Russell Library’s Director of Programming and Community Engagement Gail Thompson-Allen, Professor of Economic and Political Science at Middlesex Community College Tad Lincoln, and Publicist and Web Manager at Wesleyan University Press Stephanie Elliott Prieto. The festival’s events will be hosted at each of the three institutions represented, and the post-film speakers will include professors from Middlesex, Wesleyan, and Yale.

In an email to the Argus, Thompson-Allen spoke about the process of curating a selection of thought-provoking films from around the world and her goals for this year’s event.

“Our goal is for each audience to embrace and internalize the idea that although cultures differ in many ways, both trivial and significant, we all share many of the same basic human values and we are not as different as we might initially assume and outwardly appear,” she wrote. “The Festival gives the community an annual opportunity to engage in open dialogues about ways to practice, model and teach respect for cultural differences in ways that will enhance the harmony and safety of our neighborhood, and ideally spread goodwill and acceptance outward from there.”

Attendees at this year’s festival will see films from Lebanon, Hungary, Nepal, Cuba, and Greece, as well as a film set on a Navajo reservation in New Mexico. The festival has a history of selecting films from indigenous nations with the Americas, showing films from the Wampanoag, Nipmuc, and Mi’gmaq nations in the past few years.

Elliot Prieto spoke about choosing films that tell interesting stories in different ways, acknowledging that the most compelling films do not necessarily have a Hollywood happy ending. She spoke to the differences between the foreign films that MIFF is showing and the American films that all the attendees are used to.

“Some films tend to be longer or might move more slowly than western audiences are accustomed to,” she wrote in an email to The Argus. “Humor can be different for different cultures too. Films made outside of the US are often more free with nudity and sexuality. We have to keep our US-American audience in mind, but also want to push the boundaries of what they are used to.”

Elliott Prieto also said that over the years the festival has maintained an average audience size of 50 attendees, with some screening drawing 80 people or more.

The Middletown International Film Festival Committee, which is formed by Thompson-Allen, Lincoln, and Elliott Prieto, meets a few times a year to discuss films its members think would be good to include in the festival.

Lincoln, who worked for a number of years in China, spoke about how his experience living abroad and expertise in political economy and U.S. global economic strategy allows him to bring a different perspective to to the Committee.

“I am less of a film buff than Gail or Steph, but I am very much an internationalist,” Lincoln wrote in a message to The Argus. “Having spent about 7 years of my life overseas, having visited over 40 countries, and having taught some ‘international’ courses at the college level, I bring a somewhat different perspective than my committee-mates.”

The festival was founded when Middletown’s Haddad family offered former Director of Russell Library Arthur Meyers a donation to help fund an annual international film festival at the library. The festival also has received funding from other Connecticut organizations. This year’s festival is sponsored by Connecticut Humanities, a state affiliate of the National Endowment for the Humanities that provides grants to support cultural programming in Connecticut.

“We believe that the humanities provide a way to see our world more clearly, connect more fully with the people around us (especially those who don’t look the same, share all the same beliefs or come from the same backgrounds) and, in the process, probably even learn a bit more about ourselves,” the organization’s website reads.

Although this year marks the festival’s tenth anniversary, Thompson-Allen commented that while the films differ from year to year, the event’s mission has not changed.

“It has not really changed because our goal has remained the same, to promote understanding of other cultures, religions and races and come together on common ground, dispelling hate and fear,” she wrote.