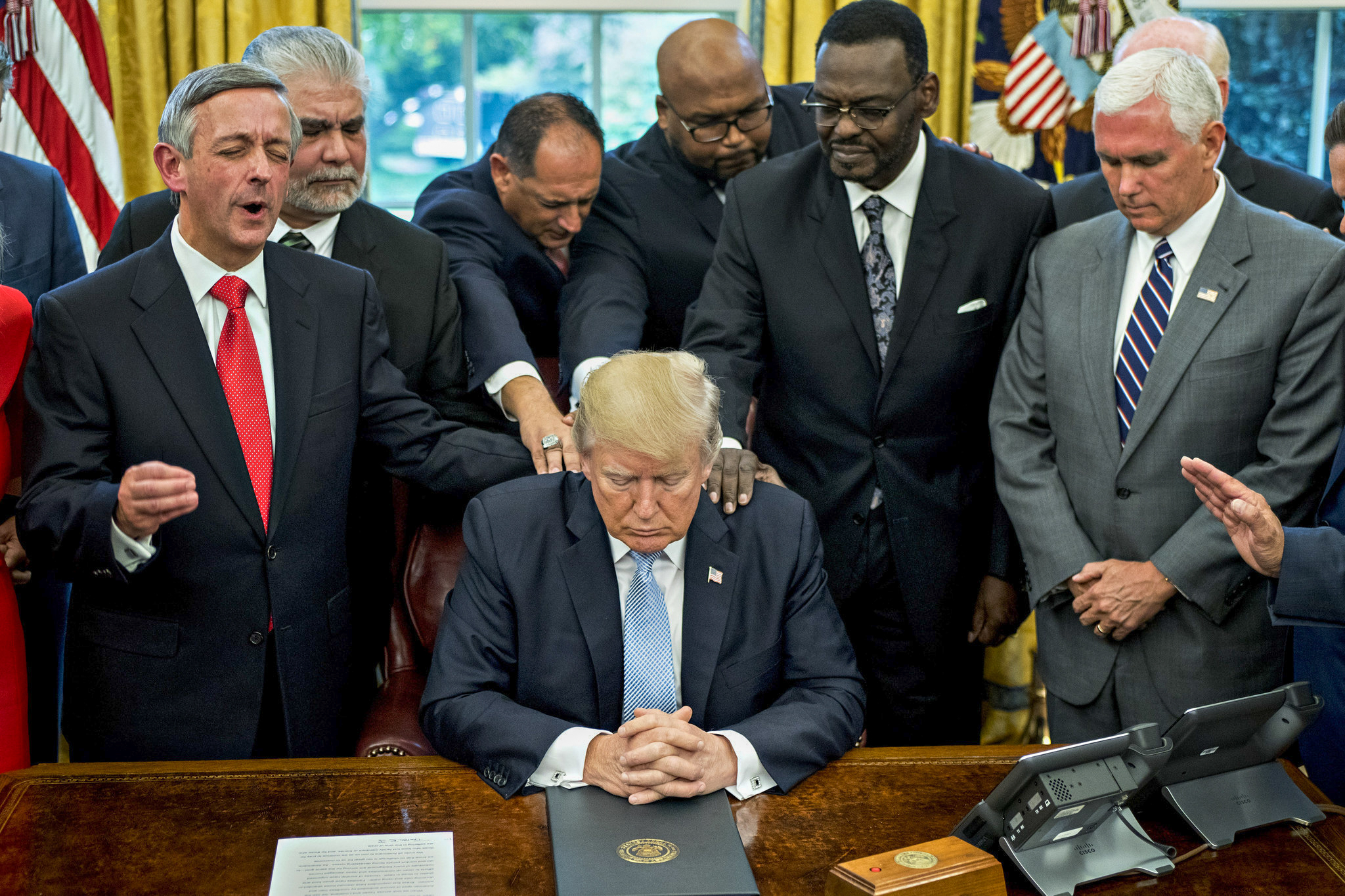 Philip Gorski from the Department of Sociology at Yale University visited campus to deliver a lecture on why white evangelicals voted for Donald Trump and continue to support him with such unremitting zeal on Tuesday, Sept. 25.

While Professor Gorski recognized that people of faith often find it challenging to reconcile more progressive stances on issues, especially pertaining to sexuality and women’s reproductive rights, with their own religious beliefs, he ultimately identified the nationalist sentiment of many white evangelical Christians to be at the crux of their political motivations.

According to 2016 exit poll results, 80 percent of white evangelical Christians voted for Trump in the presidential election. A new PRRI survey also reports that approval ratings for President Trump among white evangelical Christians are high, a remarkable 75 percent compared to his 42 percent favorability among all Americans. Trump’s high margin of victory with this demographic far exceeds the victory margins of George W. Bush in 2004, John McCain in 2008, and Mitt Romney in 2012.

In an attempt to further understand the overwhelming support Trump receives from the majority of white evangelicals, Professor Gorski argued that Trumpism is a secular form of white Christian nationalism.

“The reason why evangelical identity is correlated so strongly with Trumpism does not really have to do with evangelical beliefs proper so much as with white Christian nationalism,” Professor Gorski said. “The era of the Obama administration fueled tremendous aggravation among white evangelicals, and the inflammatory tenor of Donald Trump’s rhetorical campaign resonated with an element of nationalist sentiment espoused by a number of white evangelicals.”

These white evangelicals, who frequently disseminate narratives of victimization because of their perceived minority status among Christians as “true-believers,” found a political messiah in Donald Trump during the 2016 elections. Trump’s campaign slogan “Make America Great Again” aligned with their efforts to combat changing cultural norms, preserve a historically Christian nation, and maintain a privileged place in American society.

“Many evangelicals are increasingly splitting among theological, political, and ethical lines,” Gorski said. “Some are even beginning to renounce the identifying term of evangelical Christian because of the controversial views publicly expressed by the metaphorical mouthpieces of American Evangelism like Jerry Falwell Jr., president of Liberty University in Lynchburg, Va. where Donald Trump delivered the commencement address at the 2017 graduation ceremony.”

As religion and politics appear to become more and more intertwined, young people in particular are growing increasingly disillusioned by both institutions. In a study conducted by PRRI, people ages 18 to 29 are three times more likely than people ages 65 and older to identify as religiously unaffiliated.

“The ever-tighter embrace between the religious right and the Republican Party threatens to turn into a death embrace,” Gorski said in a follow up interview with the Argus. “I think it is reaching a point where this relationship is becoming a danger to both groups, as many young people are associating evangelicalism with extreme right-wing views and thus are increasingly dissatisfied with both the Republican Party and organized religion.”

Tracy Mehr-Muska, the University’s Protestant Chaplain, emphasized in an interview with The Argus that there is a tremendous diversity of belief among Christian sects.

“Although there is a temptation to categorize all Christians as a monolithic group, there is an incredible amount of theological and political diversity among Christian-identified people, even between and within different denominations or identities” Reverend Mehr-Muska said. “Even within evangelicalism, there is a growing support for individuals who identify as LGBTQ and a flourishing of left-leaning associations including Evangelicals for Social Action, Progressive Evangelicals, Evangelical Environmentalism, and the Evangelical Left.”

Reverend Mehr-Muska has witnessed many Wesleyan students dedicating themselves to fostering an open and inclusive environment for discourse on campus. But students of diverse political leanings might not always feel welcome in those conversations. Mehr-Muska offered some guiding words for students who might find it challenging to engage in discussion with students whose opinions starkly oppose their own.

“I encourage students to dialogue with one another with spirits of curiosity about why and how we formed our positions on various theological or political issues,” Reverend Mehr-Muska advised. “Although we may not ultimately agree with the position of others, we might better understand the roots and sources of positions that are vastly different than our own and perhaps discover a deeper compassion and appreciation for one another.”