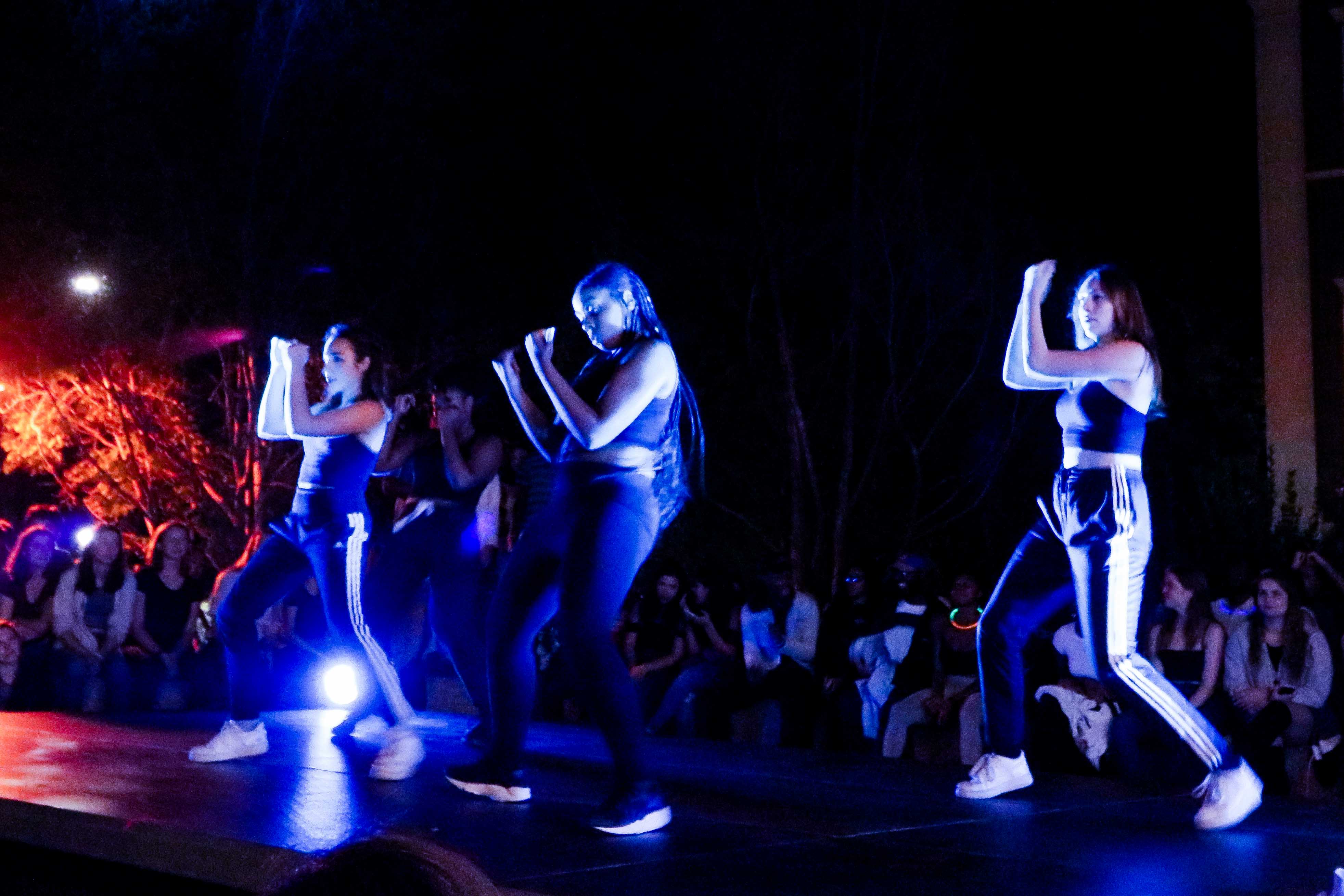 There is much to be said about the various dance groups at the University, which feature an extensive and diverse range of styles from contemporary hip hop to traditional slave dances. To gain a better understanding of the dance scene at the University, we’ve profiled a few of them, and asked their members to share their experiences.

Perhaps the University’s best-known group on campus, Terpsichore encompasses a wide range of dance styles. Their once-a-semester show often fills the entirety of Crowell Concert Hall. Everyone who auditions is given a role in the show, and students can choreograph dances to the style of their choice.

“Terp is something that is very hard to describe, since it is filled with a wide array of dance styles,” said Melanie Nelson ’19. “The point of Terp is for everyone who is participating in it to have fun while dancing, and to feel amazing about themselves while they are dancing. There is no specific style of dance that is done in the Terp performances, but honestly any style of dance would be welcomed with open arms.”

Following a similar philosophy to Terpsichore, Collective Motion aims to create an inclusive, comfortable space for all people who are interested in dancing. Both groups are open to all dance styles, though Collective Motion is primarily centered on contemporary dance.

“[Collective Motion’s] focus is creating community through dance by allowing anyone to choreograph, perform, or participate in workshops,” Katie Lowen ’19 told The Argus. “We are founded on the principle that anyone who wants to dance should have a space to do so.”

It’s a philosophy that has been met with praise by many, including Darcy Neureiter ’19.

“I think the person and group that best represents what the Wesleyan dance community should aim to emulate…is Katie Lowen and what she has done with Collective Motion,” said Neuretier. “Katie completely rebooted the group…based on the belief that anyone who likes to move can dance, which is such an important philosophy. The Wesleyan dance community needs to pay attention to the beauty, art, and ethos that is Collective Motion. They are doing awesome things.”

According to Kalee Kennedy ’19, Weshuffle performs tap dances in the traditional Broadway-style, though their specific interests change with their leadership. Like Terpsichore, the group doesn’t hold auditions, but allows anyone who is interested to join their group. (Perhaps not coincidentally, any members of Weshuffle are also members of Terp Core, the leaders of Terpsichore).

Much as it name implies, Fusion—a hip hop group—draws inspiration from a variety of styles and tries to find new dances within its specific genre and its traditions.

“By official classification, we are a hip-hop group, but the point of Fusion is to ‘fuse’ dance styles,” Neureiter said. “We draw on classic hip hop vibes like old school, new school, popping, locking, dropping, and whacking but we also like to infuse some unexpected movement styles into what we do. What’s cool is that everyone comes to Fusion with really different dance backgrounds, and the diversity of movement styles is evident in our choreography.”

Praise Dance, another group on campus, focuses on dance as a spiritual experience and expression of religious worship.

“Its main stylistic focus is…liturgical dance.” Arielle Ashley ’19 told The Argus. “The movements are designed as an offering of praise and adoration to God, while also serving as ministry to the audience. The performance tends to be very emotional as each dancer connects with the words of the song so as to become the medium through which the message in the song lyrics is amplified.”

WesMalai is a dance group that focuses on South Asian music and dancing, and specifically on contemporary Bollywood dance.

“WesMalai focuses on Bollywood dance, which is an eclectic form combining classical Indian dance styles with various world dance forms, like hip hop and jazz,” Medha Swaminathan ’19 said.  “WesMalai likes to feature modern Bollywood dance pieces, while also incorporating a couple more traditional numbers each year. Currently all of our members have foundational training in different styles of Indian classical dance, so we love to use that as a base for our contemporary choreography.”

Kumina primarily focuses on traditional African slave dances, as well as popular contemporary Jamaican dances. Similarly, the music they dance to ranges from old and traditional, to modern and new.

“The name of the dance group, Kumina, is actually the name of a traditional dance form indigenous to the parish of St. Thomas in Jamaica, which was practiced as a means of communicating with ancestor’s spirits,” explained Ashley. “This is a product of the history of slavery in Jamaica, wherein the slaves sought to preserve parts of their African culture.”

Seniors reflect on the dance scene

While many students praise the dance groups on campus, they are not without criticism.

“To be honest, getting into dance groups is pretty competitive which is a double-edged sword,” noted Neureiter. “On one hand, you end up getting some insanely talented groups which put on unbelievable shows, but the other side is that the dance scene can feel exclusive and elitist, I know that even people in groups can feel disillusioned with the community sometimes.”

Still, even with her criticisms, Neureiter is quick to praise her experiences with Fusion.

“I’ve grown a lot as a dancer and a person because of my involvement and I’ve learned so many valuable lessons (many from my peers) about hard work, persistence, the creative process, and what it means to create something as a team,” she said. “That’s the best part. You get to interact with and learn from these creative people that are exceptionally talented performers, and you get to produce pieces of creative work with them. I find dance to be really creatively fulfilling.”

Perhaps the best part of the University’s extensive list of dance groups: there’s something for everyone.

“The easiest way to describe the Wesleyan’s dance scene is that it is as diverse as the school itself,” said Fred Wills ’19. “The sheer number of groups that we have across all styles of dance is extremely impressive and makes our dance community so unique!”