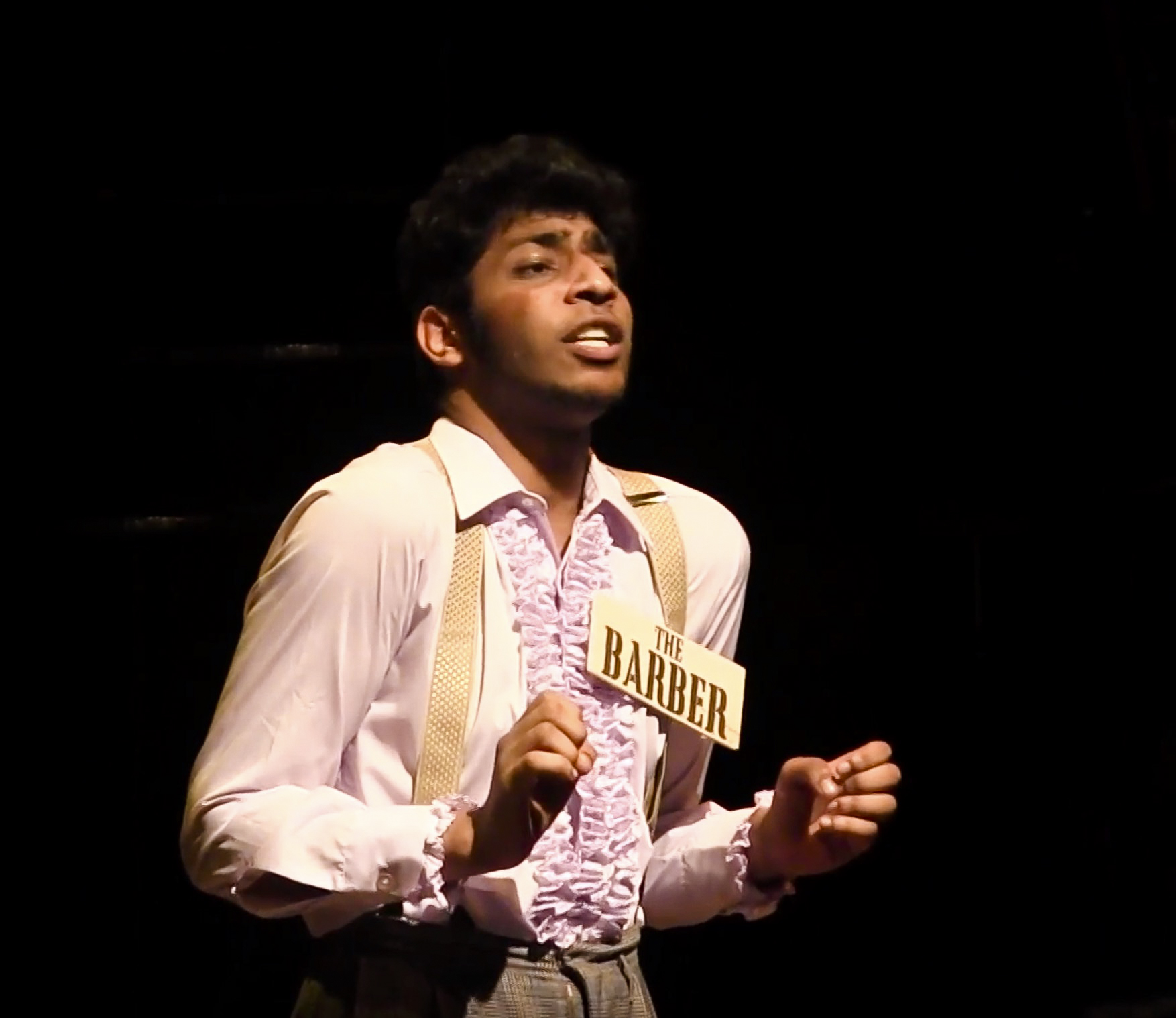 For Ray Achan ’19, the best things in life pretty much rank as follows: mozzarella sticks, Arthur Miller’s “Death of a Salesman,” and the Wesleyan Theater Department. In that particular order. In his years at Wesleyan, Ray has become an influential artistic voice on campus, using theater to understand what the absurd or strange can teach us about ourselves. As a senior double major in theater and government, board member of Shades, and Assistant Director for the faculty show, Achan does not have a lot of time on his hands. Luckily, he could spare a few moments to sit down for a chat with The Argus to talk about his senior thesis, theater at Wesleyan, and personal reflections as he prepares to leave Middletown in a matter of months.

The Argus: What are you working on right now as a theater major?

Ray Achan: The play I’m directing [for my thesis] is a play that I’ve already directed called “Action” by Sam Shepard. Sam Shepard is a brilliant American playwright, and I think a lot of people forget his work. There’s just a rawness and a truth and an absurd, surrealist interpretation of the world that I love. It’s a short one-act about four people sitting around a Christmas table in a post-apocalyptic time. They’re all trying to figure out how to have a dinner properly, and they don’t know anyone, and are just trying to sort things out. It was a play I hated from the moment I read it. I didn’t want to direct it, but I was going through all the plays on the list and thought, “Ok, if I’m taking this class I might as well challenge myself.” I directed the play, and I fell in love with it. So I’m doing a production in the spring, and I’m in the process of writing the paper that goes along with it. The paper is on community and who we are in times of crisis, and sort of relating that back to the play and how community operates in theater, and an ensemble, and how it operates just on the societal level.

A: You’re a government major. Have you felt some of your political ideas or questions merging with your theater work?

RA: Absolutely. I think it meshes really well together. With every show I do there’s always a purpose. A director always thinks, “Why this show and why now?” Given our political circumstances, theater is necessary now. We need to go see art right now. The way our world is going, art complements it in a really productive way. I believe theater is forum, and that’s nothing new, but theater is space for us to engage with ideas. Whatever I’m thinking in my “government mind” informs what I do in theater. In my thesis…I’m looking at individuals and how communities form and why people choose to form a government at all.

A: Did you always know that theater was something you wanted to get into?

RA: Definitely when I came here I wanted to do theater. I came here as a bio major and a theater major, and I was like…. I don’t like bio. I took one class, and I didn’t want to do it anymore. But theater was always something I’ve really enjoyed, and my high school didn’t really have a theater program, so I came here sort of wanting to take advantage of all the opportunities that I could get out of the Wesleyan Theater Department, and I think I’ve done that.

A: Has your time in the theater department changed your outlook or worldview?

RA: [Assistant Professor of the Practice in Theater] Eddie Torres changed the way I look at theater, and the way I see the world really.… I think my interest in theater has always been representation and how people of color can understand the arts and also be a part of it. I’ve always loved theater; it’s something that’s always been driving me. This directing professor, he was a person of color, and he was always the one pushing me. I think in that class I came with a background where I really didn’t know anything about theater, and I needed to learn so much. The Theater Department and him in particular really helped me become a “good” theater person and gave me all the skills I needed.

A: Are there certain types of stories you tend to be most drawn to?

RA: I really like absurd and experimental work, but what I’ve come to realize, especially last year, was that I never had wanted to direct things about my identity. I don’t know if I was afraid of it or I just didn’t want to touch that. Last year I taught a student forum with two other people, one was my former biology lab partner…. She wrote this brilliant play that we put up. It brought together over 50 performers of color all in one space. We spent a whole semester on this play, just trying to put it together, and it went really well and really brought together the community. It was one of my most proud moments here—that idea of forming a show and using the rehearsal process to bring people together. The focus for my thesis is “community,” and questioning who we are in times of crisis and how performance and the ensemble dynamic plays a role in that.

A: What advice would you have for underclassmen who are interested in theater, or just in general?

A: What are your plans for after you graduate?

A: Amazing. So you said you love mozz sticks….

RA: I love mozz sticks. From Mamoun’s, the falafel truck! The best.

A: Besides Mamoun’s, what’s your favorite place to eat on campus?

RA: Ooh, good question. I like Usdan. I think Usdan has a lot of options, and I’ve become fed up with Swings recently. I love the Mongo Grill, that’s like my go to, especially for lunch. I love Sue, and every Thursday they have scrambled eggs at the station, or whatever they make, they have these sandwiches, but my friends and I are known for getting scrambled eggs. We’re, like, the scramble squad.

A: Do you have any goals or things you’d like to try before you leave Wesleyan?

RA: One thing I want to do before I leave is to make a difference. I think my goal for this year is just to have people be involved in theater in a productive way and cultivate conversations about diversity. If there’s anything I want to leave at Wesleyan it’s this idea of just being open to everything, taking risks and really hearing people out. I guess I want to get to know more people before I leave and hang out with the people I know because this will be the last time I get to do that.

A: Anything else you want people to know about you?

RA: Honestly, the main thing would be the mozz sticks part. I think that’s sort of essential to me. That’s the only thing I want to get out.