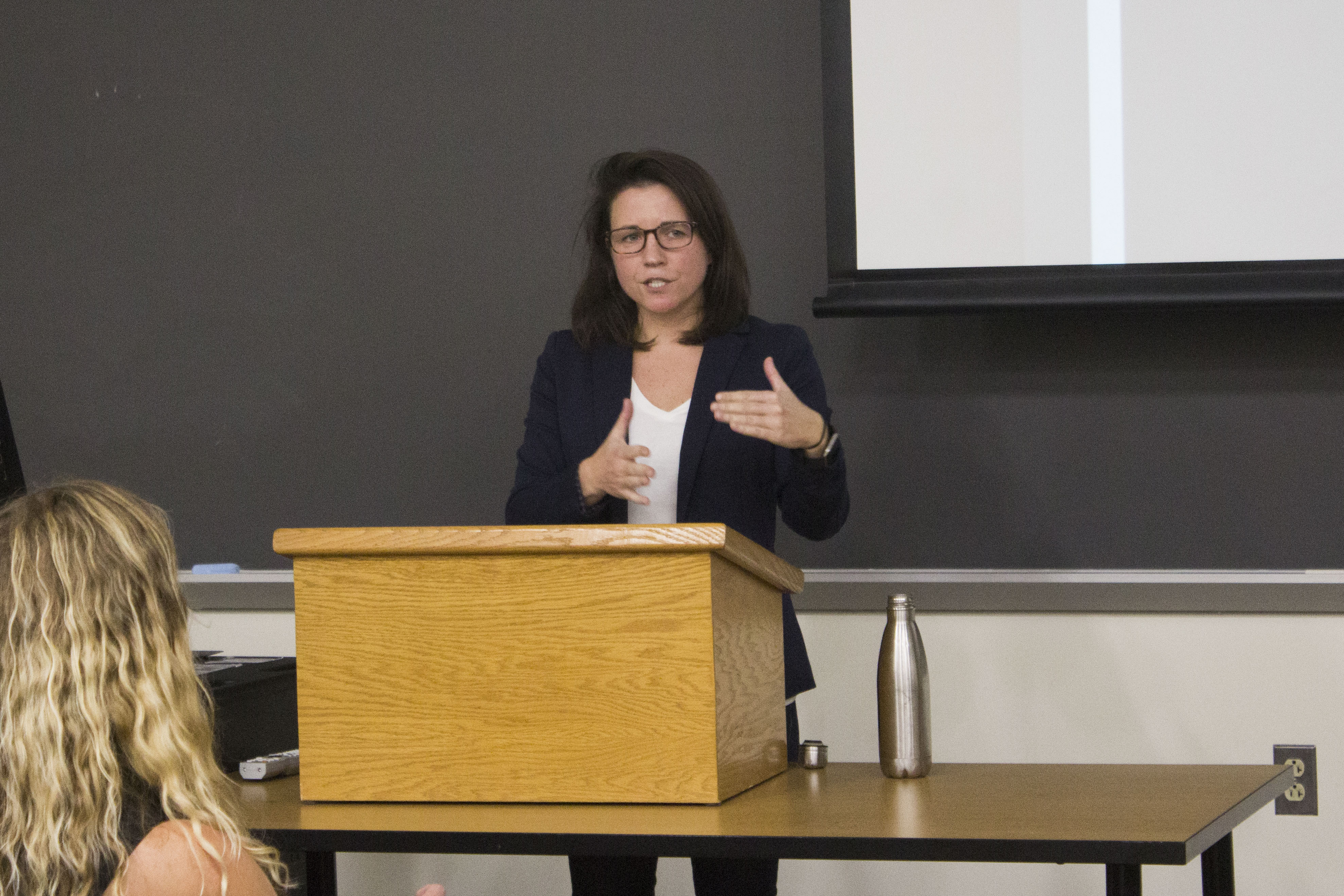 “My goal in writing this book was to account for the fact that the alignment of queerness with marriage, parenthood, and family has neither interrupted the capitalist state’s methods of social control or significantly transformed the sexual and racial borders of U.S. citizenship,” Montegary said.

Montegary came up with the title “Familiar Perversions” before she even decided what she would write about.

“I liked the juxtaposition of ‘familiar’ and ‘perversion’ and it’s precisely because of those negative connotations that those two words have such an effect,” Montegary said. “It’s that longer history of perversion that I find exciting and useful that allows us to understand how modes of social and sexual control don’t just target homosexuals.”

Montegary was initially researching cultural exchange programs and the militarized and humanitarian modes of travel that helped give rise to the lesbian and gay tourism industry throughout the 21st century. When her then-girlfriend told her that Rosie O’Donnell started a cruise company for gay families, R Family Vacations, she was initially reluctant to shift gears and focus on the family sphere. However, she began researching the cruise line and received a grant to go on one of the cruises in July 2009.

During the time between the cruise’s inception in 2003 and Montegary’s trip in 2009, both the atmosphere of the cruise and Montegary’s own critique of it shifted radically. While the cruise was initially a way to escape waves of homophobia in 2003, the Obama Administration’s sexually progressive agenda was well underway by the time Montegary boarded the ship in 2009. Onboard, this created an environment of hope and support for the Obama Administration, forcing Montegary to recontextualize the cruise’s place in queer politics.

Montegary, after recognizing the lack of research on the LGBT family in the queer analysis of national sexual politics, began her study where Kath Weston left off in her book, “Families We Choose: Lesbians, Gays, Kinship,” published in 1991.

“She concluded her book by asking, ‘What did this new embrace of parenthood and family life mean for queer politics?’” Montegary said. “In the face of what she correctly saw as a rising conservative family values movement, she feared that lesbian and gay communities might abandon their efforts to transform the family as a concept of practice. So in ‘Familiar Perversions,’ I ask why and with what ramifications Weston’s concerns proved to be well-founded.”

To answer these questions, Montegary compiled an archive of primary materials, including legal documents, marketing data, activist publications, government reports, public policy studies, news articles, her own observations in family-building seminars, and her experience aboard the cruise.

She begins her book by examining how and when homosexuality as a concept began to emerge in the 1890s. At the time, homosexuality was often placed in direct opposition to the conventional family structure.  While the LGBT family—namely the white, upper-class LGBT family—is now more commonplace, Montegary argues that the regulation of sexuality is still at play.

“The marital family has served and continued to serve as a tool for containing intimacies and kinship formations believed to be a threat to the systems of patriarchal domination and private property, ownership, on which white ownership depends,” Montegary said.

To help get to the present point of embracing the LGBT family, O’Donnell brought a crew from HBO onto the cruise to film a documentary that aimed to destigmatize same-sex parents.  One family in the film featured a pair of white fathers who adopted five multiracial children. Montegary says the portrayal of this kind of family helped push O’Donnell’s message.

“Family equality advocacy tries to transform lesbians and gay men into exceptional and exceptionally deserving citizens by showcasing their limitless generosity, their colorblind desire to parent, and their patriotic patterns of consumption,” Montegary said.

She also touched on discrepancies in the effects that legalizing same-sex marriage had for different classes of LGBTQ+ people. While the upper class could benefit from this legislation, marriage for lower-class LGBTQ+ people meant a potential loss of eligibility for welfare programs.

Through citing Judith Stacey and Timothy Biblarz’s 2001 meta-analysis about the significant impact that lesbian, gay, and bisexual parents could have on children—including encouraging more open mindsets about sexuality and sexual possibilities—Montegary advocated for what queer family politics could entail.

“What I’d like to see is a queer family politics that owns this and in doing so, makes two key moves,” Montegary said. “First, acknowledge the potentially perverse effects that come along with destabilizing family norms, and second, to insist that these effects are a good thing…. When we work to strengthen a queer and more diverse array of families—families that do gender differently, families that span multiple households and multiple generations, or might provide models for single parenting, for polyamorous relationships, for co-parenting relationships among exes or friends—we’re interrupting the reproduction of the privatization of family desires. Why then not approach the work of families as a potential site for radical intervention?”