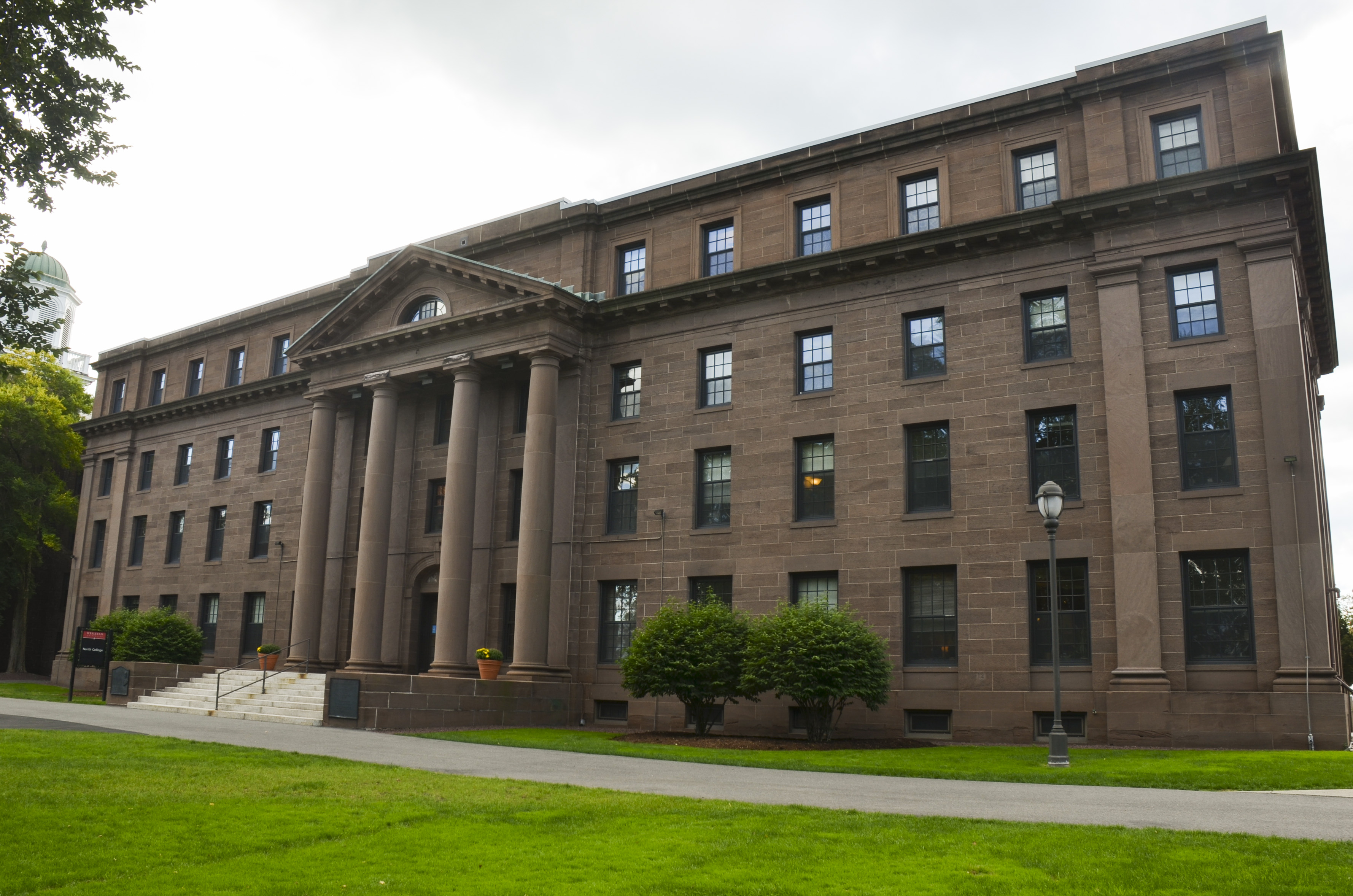 Former Assistant Professor of Physics Christina Othon filed a complaint against Wesleyan in federal court on Jun. 6 alleging sex discrimination and retaliation in violation of Title IX, Title VII, and the Connecticut Fair Employment Practices Act. Othon, who is now an Associate Professor of Physics at Ripon College in Wisconsin, left Wesleyan in the summer of 2017 after seven years on campus.

The complaint details sex discrimination in Wesleyan’s tenure application process and the biased course evaluations that inform tenure decisions. It also addresses more generally the challenges Othon faced as a female professor in a male-dominated field.

Othon’s application for tenure was denied early in the review process after an ordeal that saw her contract terminated and then reinstated in response to her colleague’s objections. After this, Othon filed a Title IX complaint with the University claiming that the tenure application process at Wesleyan is gender-biased. The University proceeded to dismiss Othon’s concerns of discrimination and gender bias and came to the decision that her case did not constitute a Title IX violation. The June complaint also outlines alleged retaliation by members of the Physics Department after her Title IX complaint, which she argues doomed her chances of receiving tenure, and discriminatory comments made by Physics Department Chair Greg Voth.

Othon came to Wesleyan in July 2010 as an Assistant Professor of Physics and taught both undergraduate and graduate students. Her initial tenure-track appointment was for four years, at the end of which she would be reviewed for tenure. During her time at Wesleyan, Othon became the first female faculty member to stay in the Physics Department longer than five years and was the first female member of the Department to submit an application for tenure. As detailed in the complaint, there were eight faculty members in the Physics Department who could vote on Othon’s tenure application, all of whom were male.

“Throughout [Othon’s] time in the Physics Department, she noted a highly ingrained desire for male faculty members and students,” the complaint reads. “As a result, [Othon’s] opportunities for mentorship were limited. [Othon] was not given assistance, support or guidance as is customary for junior professors, particularly those on a tenure track.”

The complaint outlines the challenges Othon faced during her time at Wesleyan. It reports that Othon faced hostile treatment in the classroom and inappropriate interrogation by male students during her first few years on campus. The course evaluations she received reflected this classroom dynamic with negative student comments clearly based on her gender. At Wesleyan, course evaluations by students are the primary way the University assesses quality of teaching even though factors such as the race and gender of professors have been shown to affect student feedback.

Othon reports that her male colleagues in the department offered her no support in responding to these negative comments and polled students on their evaluations instead of reinforcing Othon’s expertise and experience. Even with this negative feedback, Othon took steps to improve her evaluations by recording classes and giving standardized learning evaluations at the beginning and end of each semester.

In the fall of 2013, Wesleyan’s Advisory Committee, which advises the President on decisions related to appointment, promotions, and tenure decisions, granted Othon a one-year reappointment for her fifth year at Wesleyan. This reappointment would depend on positive student feedback for “Classical Dynamics,” a course she would teach in spring 2015. After this course, she would have to undergo another reappointment review in fall 2015 before applying for tenure. The complaint states that this one-year reappointment and the fall 2015 review were contrary to the University’s procedures.

Even though Othon received positive feedback on her “Classical Dynamics” course, the Advisory Committee issued a decision in the fall of 2015 terminating her contract at the end of the spring 2016 semester.

“This was essentially a termination determination with the directive that [Othon] could not meet the requirements for tenure and that she should, therefore, be removed from the University,” the complaint reads.

This decision came even after the Committee acknowledged in its letter to the Physics Department that gender bias had played a role in the feedback Othon received.

“The Advisory Committee acknowledged…that gender bias had played a significant role in the evaluation of [Othon’s] teaching,” the complaint states. “However, since they could not determine how much role it had played, it was not considered in [Othon’s] reappointment evaluation.”

In the spring of 2016, Othon’s colleagues in the Physics Department challenged the termination of her contract, and students circulated a petition to keep her on campus. The petition, written by Nisha Grewal ’17, highlighted Othon’s productive responses to feedback and her position as a female professor in a male-dominated field.

After this reversal of the Committee’s decision, Othon filed a complaint with the Title IX Department of Wesleyan’s Office of Equity and Inclusion. After experiencing the effect of biased course evaluations and discrimination by the Advisory Committee, she wanted the University to address the central role these evaluations play in faculty assessments and staffing decisions. At the time, former Vice President of Equity and Inclusion/Title IX Officer Antonio Farias headed the Office. Farias left his position this June to pursue a role at the University of Florida.

“Some of [Othon’s] colleagues, and in particular, Chairman Greg Voth, did not favorably respond to [Othon’s] complaint to the Title IX Department,” the complaint reads.

In the fall of 2016, the University found that Othon’s case did not violate Title IX.

“The final decision did not remotely address Plaintiff’s concerns or explain how the Title IX Department came to the decision that there was no discrimination and therefore no violation,” the complaint states. “The decision was convoluted and failed to address [Othon’s] concerns that the students’ evaluations are clearly biased and should not be the primary means of evaluating teaching.”

Othon was also eligible to apply for tenure in the fall of 2016, but Professor Voth expressed that he did not want to be involved in Othon’s tenure case. The complaint reports that his colleagues had to convince him to fulfill his responsibilities as Chair and oversee Othon’s application and that when he agreed to do so, he made it clear that he did not want to guide Othon through the process and made several errors in carrying out the review.

“Greg Voth offered no suggestions, asked for no clarification, and offered no feedback on Plaintiff’s tenure packet, though this is standard procedure for departments to do so in the evaluation of candidates,” the complaint reads.

The complaint also alleges that Voth made comments that others in the Department saw as discriminatory.

“[Voth’s] precise statement was that [Othon] had, ‘sacrificed the experience of our most talented students in order to support less prepared students,’” the complaint says.

Because Othon’s efforts to improve her teaching attracted more female and minority students to her classes, some who heard Voth say this in a tenure consideration meeting interpreted it as an assumption that any classes that attract these underrepresented STEM students were “dumbed down” to accommodate them.

In February of 2017, Othon’s application for tenure was denied by three of the eight male department members who reviewed her application. Professor Voth abstained from the decision. Those who denied her application argued that she had not produced the level of scholarship required to gain tenure, stating that the two publications she produced after her fifth-year review were insufficient.

“The male faculty members who voted against [Othon] held her to a standard for scholarship and teaching that is inconsistent with the Department’s standard for tenure,” the complaint states. “This is evidenced by the superior research productivity [Othon] demonstrated as compared to most of the male tenured colleagues.”

After the complaint was filed in New Haven on Jun. 6, the University responded on Aug. 30 with a motion to dismiss two of the four violations of federal law Othon alleges in the document. These two counts are of discrimination and retaliation under Title IX.

On Sept. 21, Othon’s legal team submitted a memorandum in opposition to the University’s motion, arguing that the court cases Wesleyan cited as precedent for its motion were used incorrectly.

In the initial complaint, Othon demanded a trial by jury and both economic and non-economic compensatory damages.

In an email to The Argus, Manager of Media and Public Relations Lauren Rubenstein declined to comment for the University, writing that the University does not comment on pending legal matters.

“We are confident in our tenure and promotion processes and procedures,” she added.

Othon’s lawyer also wrote that she could not provide a statement, and Professor Voth did not respond to a request for comment.