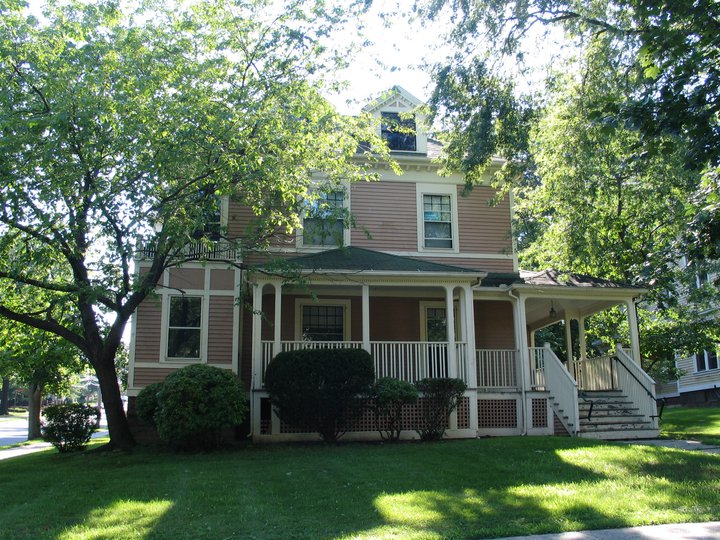 Program houses have always been appealing to University students. Who wouldn’t jump at a chance for an opportunity to reside with people who have similar interests? But now there’s a new incentive to live in one—in the form of academic credit.

This fall, Residential Life (ResLife) launched a pilot program which gave program house managers and residents the opportunity to earn .25 credits for participating in their residential community. Currently, five out of the 32 program houses on campus have opted to be a part this trial run: Art House, Film House, Science House, Earth House, and the Bayit.

Bill Olayos is the Area Coordinator for the east side of campus, which encompasses many program houses, including Art House, Music House, and Movement House. Olayos believes that program housing plays an important role in the University community and is passionate about the pilot project. In fact, he was one of many who helped it materialize.

“This whole initiative has been the result of hard work between the house managers, myself, as well as Area Coordinators Stephanie Burke Lewis and Alexia Thompson, as well as our supervisor, Associate Director Maureen Isleib,” Olayos said. “We couldn’t have done it without this teamwork.”

Program houses are an integral part of University culture, and are very diverse in terms of what they offer. However, they all share a common objective.

“The primary goal of each Program House is to provide unique educational and cultural, campus inclusive programming,” the program housing section of the University website reads.

Olayos points out that with the new initiative, these houses will be awarded credit for the amazing work they have already been doing.

“It’s what program housing was always meant to be, in more of robust fashion,” Olayos explained. “It’s cool to get credit for the way you live and the conversations you’re having with the people that are your neighbors…. The expectation for residents is the same as it’s always been. You apply to a community you’re excited about and just engage with the community on a regular basis.”

He hopes that this new educational slant won’t make students think of living in program housing as burdensome or labor-intensive, but rather will encourage people to live in program houses, because they offer both community engagement and credit.

“I hope it doesn’t scare them away because I feel like when you talk about academic credit you think about homework, and lecture, but it’s really not,” Olayos said. “Nationally, learning communities are credited at a lot of different colleges for work like this, and we are just trying to mirror a lot of the programs that we have…. I hope that the opportunity to get quarter credit [for] having awesome discussions about your identity, or something you’re passionate about or something you are involved with on campus [will attract more people].”

The Argus also was able to speak to the house managers of some of the program houses involved in the pilot program. Dotan Appelbaum ’21, the house manager of the Bayit, elaborated on the house’s transition to the credit-based option.

“The only real change is that we’re making it more formal,” Appelbaum explained. “We have to put together a syllabus at the start to decide what the programs are gonna be in advance, and then present that to the registrar’s office so they know we are actually engaging three hours a week, and that we have all these programs meeting different requirements. The biggest change is really just thinking ahead more and planning.”

Sasha Linden-Cohen ’20 assumed her position as the house manager of Earth House at the start of this semester. She explained that the increased emphasis on encouraging residents to create and facilitate their own programs has been fruitful.

“My housemates have really risen to the occasion in terms of programming,” Linden-Cohen said. “We’ve already built and planted a garden on the side of the house, and we co-hosted a clothing swap with Community Engagement House last Saturday. And both of those events were spearheaded by my residents!”

Despite the creative and successful programs that the new system has prompted, Linden-Cohen has also found that because the system is new, it still has some logistical flaws.

“The way we keep track of the programs is pretty confusing,” Linden-Cohen admitted. “There are residential curriculum requirements, engagement contract requirements and syllabus requirements, and a lot of the requirements overlap but a lot of them also don’t, and it’s hard to distinguish which programs fall under which requirements. It would be helpful if the process was slightly more clarified and streamlined. That being said, it has going pretty well given that this is its first year, and I love my house so much that the extra paperwork is a small price.”

The residents of the houses that have opted for the credit-based option will continue to earn credit this spring. Olayos is excited for program housing application season, and hopes that earning credit will create incentive for students to apply to program houses, and participate in the kind of communal living he sees as so vital to the University community.

“Please look for the application during the spring semester once housing for next year rolls around,” Olayos stressed. “It’s really important to be thoughtful about the community you’re interested in, but also just getting your application in. Submitting the application is not binding, you submit the application and then the house will vote on if they feel like your answers make sense for the mission, and then they extend an offer.”

When asked whether he foresees the problem of too many people signing up, hoping to get academic credit, he laughed.

“That wouldn’t be a problem, that would be my dream.”