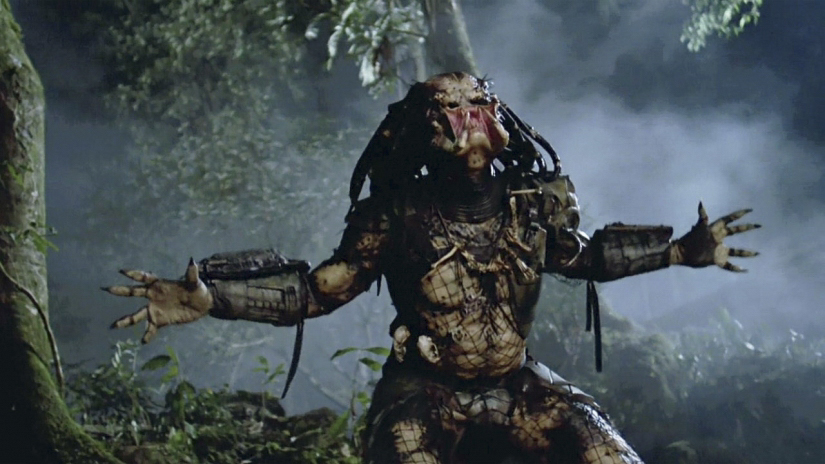 Ever since its initial 1987 release, “Predator” has left behind a complicated legacy. Nowadays, it may be best known for the scene featuring a macho-handshake, which has become a meme format; or, it’s remembered for Arnold Schwarzenegger comically screaming “Get to the choppa!” through his thick Austrian accent. It has dealt with a critically and commercially failed sequel, the infamous “Alien vs. Predator” movies, a failed reboot, and now yet another reboot, already met with mixed reviews and mired in controversy. Still, anyone who’s seen the movie can tell you that “Predator” has more than stood the test of time. Save for some jokes and tropes that have become outdated and insensitive, the action and storytelling on display are still as thrilling as they were decades ago.

The story follows a group of elite U.S. soldiers, led by “Dutch” (Schwarzenegger) as they venture into a Central American jungle with the goal of rescuing a government official being held hostage. Naturally, when the team arrives, everything is more complicated than expected. They discover the skinned corpses of U.S. Special Forces officers hanging from trees, but no tracks or any evidence that they were ambushed; their rescue mission was just a set-up to retrieve military intelligence; and something appears to be lurking in the trees. Aggravatingly, the film spoils, from the get-go, what that mysterious “thing” is: the opening shot of the film is a spaceship landing on Earth, an utterly unnecessary way to spoil a plot twist the rest of the movie tries to build up.

Given that the ’80s was a decade of extremely macho action movie heroes, “Predator” takes a refreshingly nuanced approach to its masculine heroes, often parodying and critiquing the idea that pure brute force is the key to victory. Yes, this is still a film in which the entire cast looks like they could be on steroids, as they fire massive guns and blow a ton of stuff up. But, this aspect of their personalities is often mocked. An early scene, the sight of the muscular Schwarzenegger and Carl Weathers turning a simple greeting into an arm wrestling match is more satire than it is serious, a means of mocking trends in ’80s movies rather than replicating them. The team consistently fails to bring down the titular monster by attacking it, guns blazing, instead eventually defeating it through tactical thinking. Considering some cultural aspects of the film have become deeply outdated, it’s surprising that its attitude toward its muscle-bound heroes is still compelling.

Yet, what really makes “Predator” so damn compelling is how the film constantly reshapes itself. Under the taught direction of John McTiernan (who directed another action classic, “Die Hard,” just a few years later), the film’s pacing and tension never slack. When Dutch and his team carry out their planned mission, McTiernan cuts between all of them, in various positions, as they spray bullets and hurl explosions through a small encampment. The scene has just the right amount of excessive violence; yet it works so perfectly because the action that follows it is so strikingly different. When the team leaves the encampment, they’re picked off one by one by the alien Predator. The style of the action shifts; suddenly, we’re watching a slasher flick, in which each of the characters is bloodily picked off, one by one, by a hidden creature. When only Dutch remains, the film undergoes yet another change, becoming a tense, brutal showdown between two superhuman creatures (I am referring, of course, to both the alien Predator and former body builder Schwarzenegger).

All of this is to say nothing of the titular Predator, who terrifies both due to McTiernan’s direction and the creature’s unforgettable design. The alien isn’t actually seen until an hour into the film, save for the outlines of an otherwise invisible creature. We do, however, see the world from the Predator’s point of view, looking at everything through the lens of a thermal camera. As a result, McTiernan shrouds the Predator in mystery, making his later appearances all the more unnerving. Yet, no amount of tension-building or suspense could make up for a ridiculous looking creature. Thankfully, the Predator’s design is unforgettable. He’s covered in cool technology, with a body the shape of a muscular humanoid (not too dissimilar from the film’s protagonists), crocodile skin and massive curved fangs. It’s this cross between human and beast, familiar and unfamiliar, that makes his design so memorable.

Unfortunately, other aspects of the film have aged uncomfortably poorly. The only female character—a rescued hostage—barely speaks for most of the film (mercifully, she’s not presented as a forced love interest). There are several jokes, crudely mocking women and gay men, which are discomforting to watch. Even the basic premise of several American soldiers invading Central America only to be attacked by a creature that hides in trees has the undertones of U.S. colonialism, without seriously criticizing the soldiers’ actions.

Despite these flaws, the filmmaking on display in “Predator” is a near masterpiece. It’s the rare blockbuster that never has a dull moment, nor does it ever feel like it’s repeating itself. Even over three decades later, “Predator” is still a wildly entertaining ride.

Henry Spiro can be reached at hspiro@wesleyan.edu