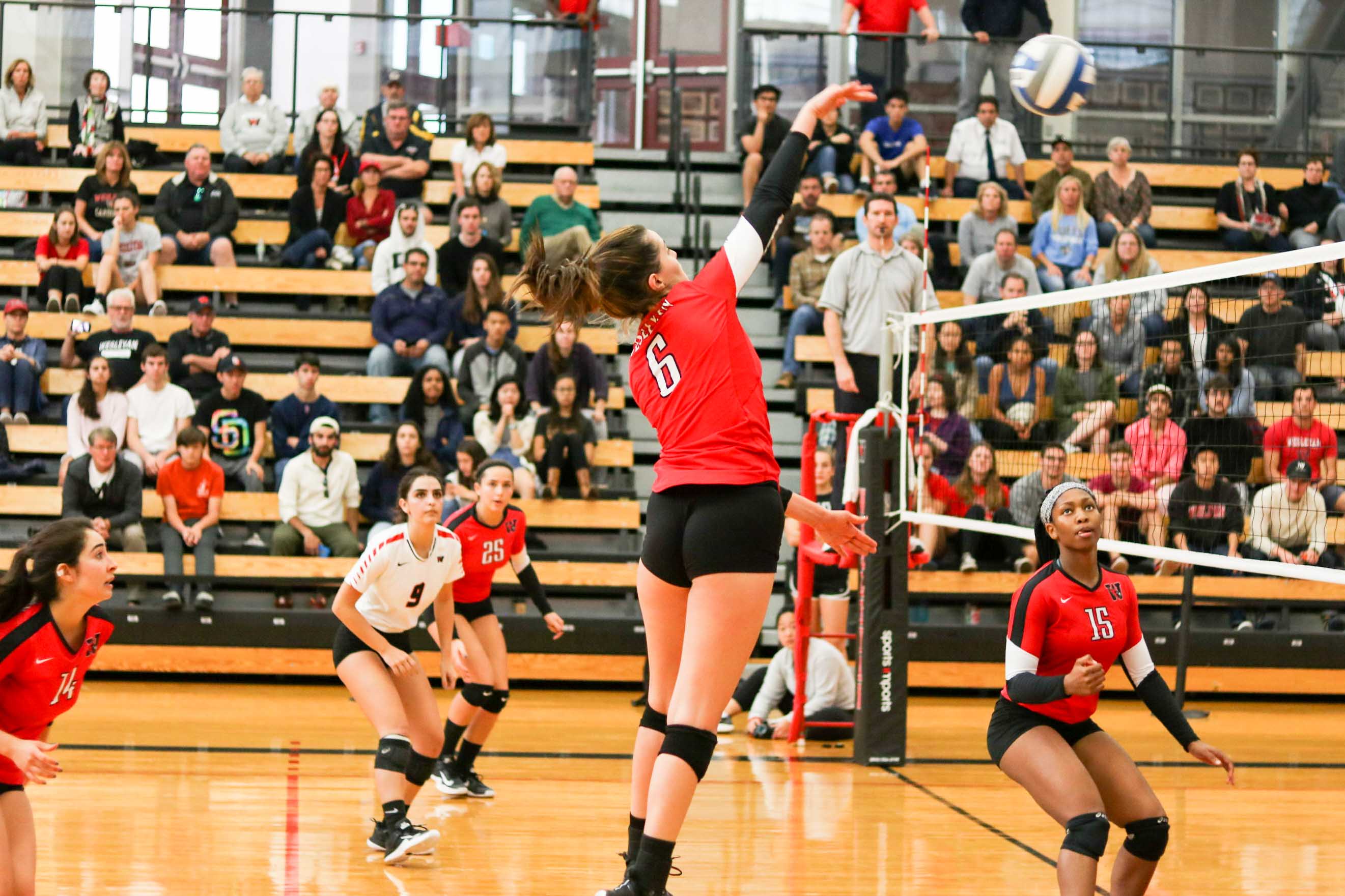 Last season, volleyball had a historic year, winning the NESCAC title for the first time in program history, while making the NCAA tournament for only the second time ever, and winning a game in the tourney. The team is poised to have a great shot to defend the NESCAC title as the Cards return 13 players from last year’s championship winning team, including reigning NESCAC Player of the Year, Nicole Hilton ’20. The Redbirds added four freshmen this year who have already made an impact in the three games they have played thus far.

The team kicked off its season with three games against non-conference opponents at Ithaca College on Friday and Saturday. The team began by losing to No. 7 Ithaca College, a tough matchup. However, they rebounded with a convincing win over SUNY Geneseo and a close victory against Susquehanna University. The win over Susquehanna took five sets, as the Cardinals won a tight fifth set 15-12, while the win over Geneseo was a convincing 3-0 win, winning 25-16, 25-19, and 25-14. In the win over Susquehanna, the Cardinals had a .226 hit percentage and 68 kills on 190 attempts. They also added an impressive 83 digs and six aces. In the win over Geneseo, the Cardinals had a hit percentage of .239 with 36 kills, 47 digs, and 11 aces. In the first game, Mia Hogan ’20 led the Cardinals with 15 kills and 11 kills, as three players had both double digit kills and digs in the win over Susquehanna. Phia Bellizzi ’21 led the team in digs in both of their wins over the weekend. Maddie Kurke ’22, Nicole Hilton ’20, and Grace Rose ’21 also were key contributors in the two victories. The amount of players who contributed to the score sheet shows that these two wins were really a team effort. This was something that pleased outside hitter Stasie Litinsky ’20, who led the team in the second game with 11 kills in the win over Geneseo.

“I believe that we really proved just how hard we have been working within the very short preseason that we are allowed to have,” Litinsky said.  “The teams we played were most definitely not weak teams and we fought hard and showed what we can do.”

She attributed that fight to the fact that the whole team stepped up, especially the first years. All the first years are excited for the rest of the season and to build upon the performance of this weekend. Hilton was also pleased with the contributions from all of the team members.

“We focused on working hard for each other and staying positive,” Hilton said. “By continuing to work hard and improve in practices, we hope to compete for NESCAC, regional, and national championships.”

One major key for the Redbirds will be to improve their blocks per set. Right now, the team is sitting at just one block per set, which if improved, will significantly help the Cards’ chances to go deep in the postseason.

The Cardinals will begin their title defense next weekend when they play Williams and Hamilton on Friday and Saturday, respectively. This year’s team motto revolves around the idea of transparent mutual sacrifice: every teammates clearly sees everyone else’s struggle to get better. Litinsky thinks that the key to defending the title is to follow this motto and show how much they care in each practice and game.

If you want to support the Cardinals, they have two upcoming matches, Friday night at 8 p.m. and Saturday at 2 p.m. in Silloway Gymnasium, as they continue their quest to repeat as NESCAC champs and make another NCAA Tournament.