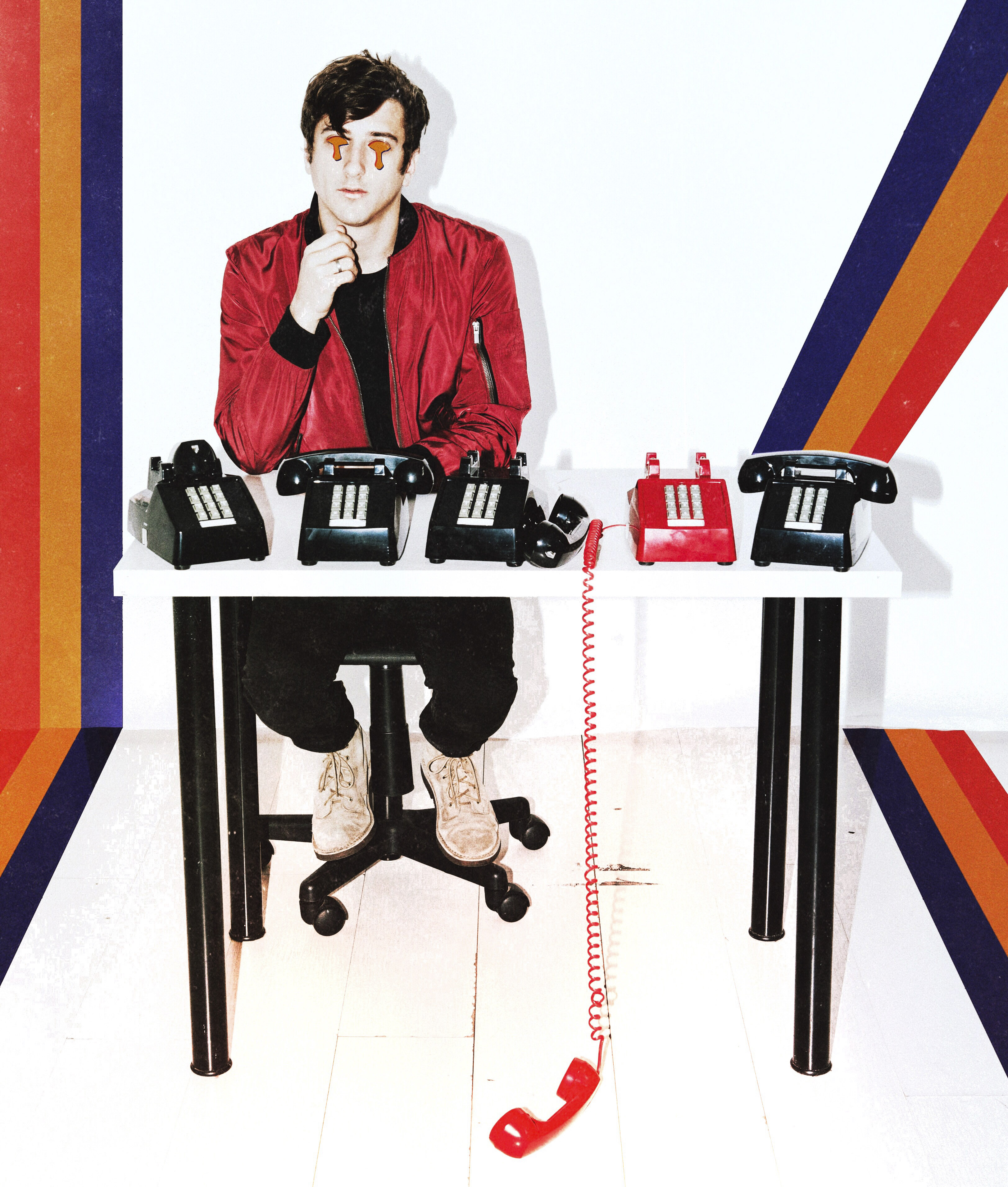 Everyone is aware of the stereotype of the LA musician. Moved out with an acoustic guitar and a dream, glistening with naivete only to harden with rejection. For Matan Koplin-Green ’15, this stereotype is only half true. Despite living in Los Angeles for the past two years and working in the music industry, Koplin-Green (more commonly known as Matan KG on social media) has retained all of the boyish earnestness of a college freshman. I once referred to him as the “Jewish Shawn Mendes,” and the comparison holds true for the budding pop artist.

True to form, Koplin-Green’s excitement often outpaces his words. In a recent rehearsal after a particularly good set, he remarked, “That was very good…. Very…band.”

Although it may seem silly, there’s something to be said of the comment. Not every group of musicians sounds like a band. That intangible cohesion, that X factor, is something every artist looks for in a project; everyone wants to sound like a bona fide band. Koplin-Green’s rehearsals, mostly set in an Echo Park garage, have an informal vibe that betray the group’s real technical skill. They do sound very “band.”

His current project, Double Twin, is an offshoot of his Wesleyan band The Double Twins, who performed his senior year, even going up against Overcoats in Battle of the Bands. The Double Twins, an “electro-clash quartet,” consisted of Koplin-Green, Bennett Gelly ’15, Anna Schwab ’16 and Dan Pope ’16.

“The idea was to bring dance music, particularly French House and Nu-Disco a la Justice, Daft Punk, etc., into the indie rock sphere,”  Koplin-Green said in an email. “I produced and wrote all the music on my laptop at a local Starbucks the summer before my senior year, and I gave the band parts from my productions to play.”

Koplin-Green’s father, Jeff Green ’80, is also a Wesleyan alum, and The Double Twin’s first show was as an opener for his band The Healers. The show was in Earth House on Halloweekend, which encouraged some creative flourishes.

“We put on fake blood and patient gowns, and they wore scrubs,” Koplin-Green said. “I had a guitar battle with my dad at the end. Some say he won. Never settled.”

Although the original band is now defunct, the body of work has evolved into Double Twin, an indie pop project releasing its next few singles through the label Lowly Palace. The music of Double Twin has always derived from a diverse variety of influences, ranging from LCD Soundsystem to Matchbox 20 and Carlos Santana, but its introduction into the tightly-formulated machine that is the LA music industry has brought on even more creative and procedural changes.

“LA is a difficult place to make music and can suck your creativity, but I’m doing my best to stay weird and keep singing slightly off-key,” Koplin-Green said.

The name change from “The Double Twins” to “Double Twin” arose from his manager’s suggestion that the new name would be more malleable to both solo and group projects. Although Koplin-Green writes his music almost entirely independently, the current band which plays in live performances has Wes alums Adam Rochelle ’17 on keys and Johnnie Gilmore ’18 on bass. Chris Neff, an LA-based musician, rounds out the group on drums.

“The current band is comprised of the absolute sickest musicians I could possibly find,” Koplin-Green said. “Adam is synthesizing his knowledge of dance-punk and computer science to make a fully-live electronic show out of my laptop productions. They’re the best musicians I’ve ever played with, and some of them happened to be fans of the Double Twins back at Wes, which is a fantastic coincidence. I keep telling them they’re too good to play in this band, but they keep coming back for practice.”

This self-effacing sense of wonderment is part of what makes Koplin-Green such a charismatic performer. His upcoming track (previously performed at Wesleyan) “Seen It All Before” features the line, “I’m the son of God, but I’m not Jesus,” the kind of lyric you would expect more of Kanye West than a grounded musician. Yet, Double Twin manages to balance the gravitas.

Koplin-Green’s process, despite industry influence, hasn’t changed much since his days writing in Starbucks.

“I have a simple setup (microphone, interface, laptop, midi controller, guitars), and I just dive in and try things. I’m using a lot of outside source material—Fortnite sound effects are featured heavily on an upcoming record—to make records that catch you off guard,” Koplin-Green said.

One of Double Twin’s singles from Wesleyan notably features samples from the spoken word poem “Knock Knock” by Daniel Beaty. Koplin-Green got special permission from the poet to sample his words in a song of the same title. Genre-bending inclusions like these are part of what sets Double Twin apart from other indie pop artists. Although the rollout process is slow, Koplin-Green has been writing prolifically for several years to create an expansive body of work.

“Andy Warhol once told Lou Reed that he was lazy for not writing 15 songs a day. Curious, last week I tried to write 15 songs in one day,” he said. “Two of them were really cool, three of them were workable, another five were bad, and the last five were un-listenable or unfinished. But it’s nice to have ideas out there, I recommend the Warhol challenge to anyone.”

Aside from writing on his own, Koplin-Green has discovered that collaboration and networking is a key element of the Los Angeles music scene.

“I used to strictly work alone, and I do really enjoy the freedom that allows,” he said. “LA is very good at fostering collaborations, so I’ve met some really cool writers and producers through songwriting sessions and jams.”

In the next few weeks, Double Twin is rehearsing for several live shows in the LA area. “Bring Me Down” is currently the project’s first and only release (available on Spotify, Apple Music, and Soundcloud), but many singles first heard at Wesleyan will be released and promoted in the next year.

“I can’t wait to put out more music,” Koplin-Green said. “So look out! Double Twin is comin’ for ya!”