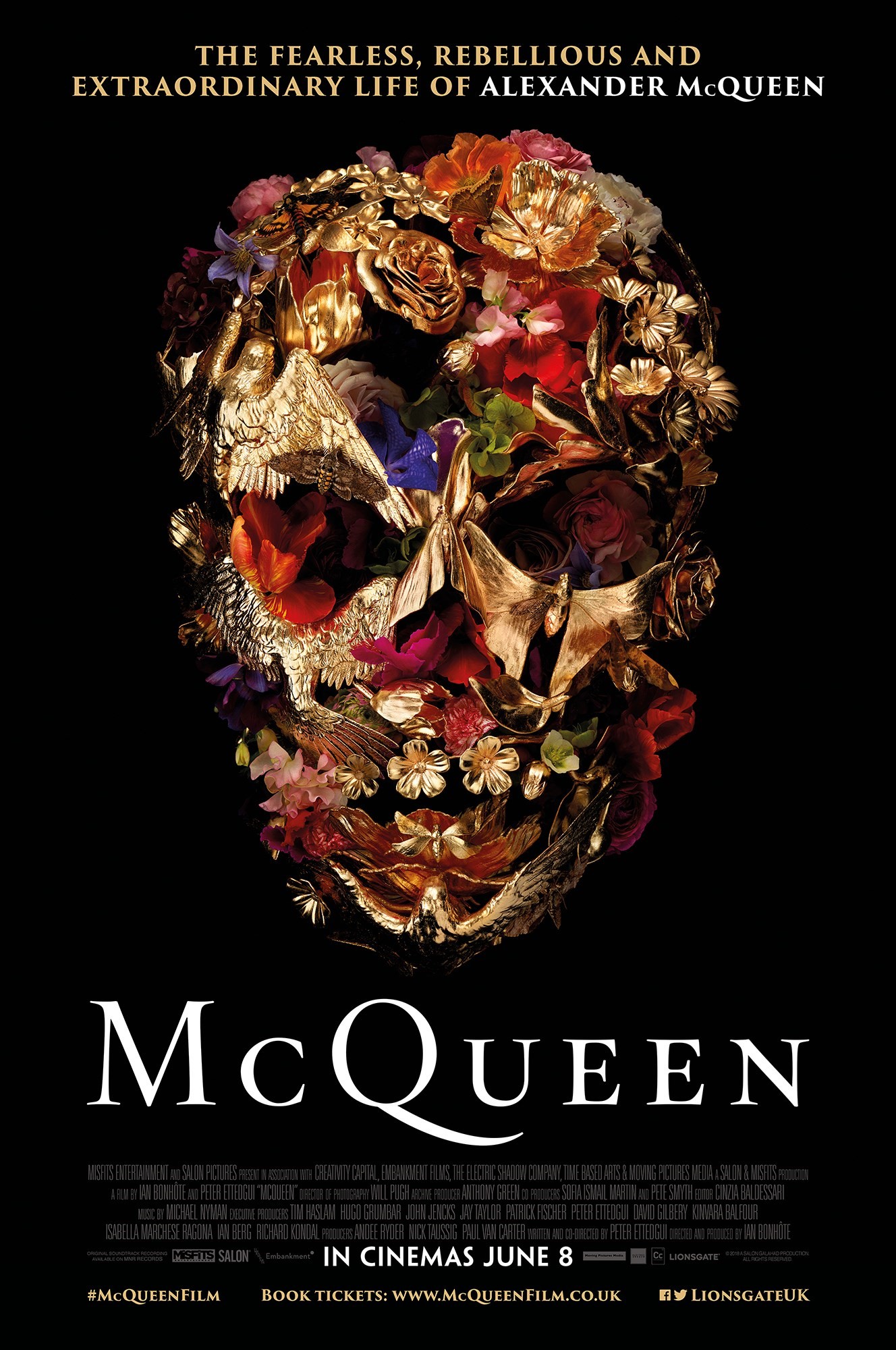 Seven summers ago, I saw the exhibition “Savage Beauty” at the Metropolitan Museum of Art. I was shocked by the literal and figurative dark underpinnings in the fabric, as if the designer wanted to weave life and death together. A new documentary, “McQueen,” sheds some light into the darkness behind the designer of that exhibit, the iconic and controversial fashion designer Lee Alexander McQueen.

Film editor Cinzia Baldessari splices footage taken by McQueen when he was in England and France to reveal the contrast between his private and public lives. His mother, Joyce McQueen, who died nine days before Lee Alexander hanged himself on February 11, 2010, says in the film that her youngest child had a very happy childhood but was exposed to violence by his uncle at a young age, which tormented him for the rest of his life.

The documentary features interviews with two members of McQueen’s family: his sister, Janet McQueen, and nephew, Gary James McQueen, who consented to be interviewed by the directors, Ian Bonhôte and Peter Ettedgui. Ms. McQueen revealed, in a “British Vogue” article, that her first husband sexually abused her brother when he was nine years old. Her son, Gary, is the creative director of the Gary James McQueen brand, which makes scarves that promote three themes from his uncle’s fashion design: life, death, and rebirth.

The documentary is interspersed with family interviews conversations with, among others, Bernard Arnault, the chairman and chief executive officer of LVMH Moët Hennessy Louis Vuitton SE; Joseph Bennett, the production designer for the cable series “Rome”; Detmar Blow, the royal British architect and husband of Isabella Blow, who discovered McQueen’s talent; Katy England, the fashion stylist who continually worked with McQueen; Dana Thomas, the author of “Gods and Kings: The Rise and Fall of Alexander McQueen and John Galliano”; and André Leon Talley, the former American editor-at-large for “Vogue.” Some of McQueen’s mentors, friends, partners, and assistants are also interviewed.

The best interview was with one of his mentors, the Italian fashion designer Romeo Gigli, who revealed that Lee, in 1989, talked his way into securing the job as a design assistant without a M.A. in fashion design.

Three years later, McQueen received his M.A. from Central Saint Martins College of Art and Design. The infamous Victorian serial killer, Jack the Ripper, inspired the clothes McQueen designed for his degree. The documentary points out that the horrors of Victorian England—especially violence against women—became a core facet of McQueen’s work, which was criticized for being misogynistic.

One of his most infamous fashion shows, “The Highland Rape,” occurred in 1995. This show featured models staggering down the runway wearing ripped dresses that exposed their breasts and/or some of their genitalia, as if they had just been sexually assaulted. He later clarified that the use of “rape” applied to England’s “rape” of Scotland—his ancestors fought against the English in the Jacobite risings.

In response to being accused of misogyny, McQueen explained that he wanted to empower women with his clothes.

“I design clothes because I don’t want women to look all innocent and naive, I want [them] to look stronger,” he said. “I’ve seen a woman get nearly beaten to death by her husband. I know what misogyny is…. I want people to be afraid of the women I dress.”

The documentary also contains interviews with some of the models that worked with him: Grace Jones, Jodie Kidd, Kate Moss, Magdalena Frackowiak, and Naomi Campbell. He told them to rebel against society, challenge conventional perceptions of all women, and disturb their audience when they walked down the runaway.

In “Ways of Seeing,” the late English art historian John Berger states that women are always conscious of how the world views them, turning them into objects of desire—in his famous formulation, “Men look; women appear.”  The women who modeled for McQueen collaborated with the designer to turn themselves into a challenging spectacle that shattered the normalcy of fashion and society. In the process, McQueen proved that fashion could be both avant-garde and political.

This documentary changed my opinion about McQueen. Before seeing it, I viewed him as a somewhat perverse fashion designer—someone who was so extreme that he once stole from slaughterhouses bloody sheets, which he converted into costumes for women. While I still think that some of the clothes he designed are distasteful, I see how his difficult life shaped the themes of his artistic fashion. He wanted to design striking clothing for women that would serve as a protective shield in a sexist world, in the process empowering them for survival. In these terms, his legacy as an artist and a provocateur is assured.

Tristan Genetta can be reached tgenetta@wesleyan.edu.