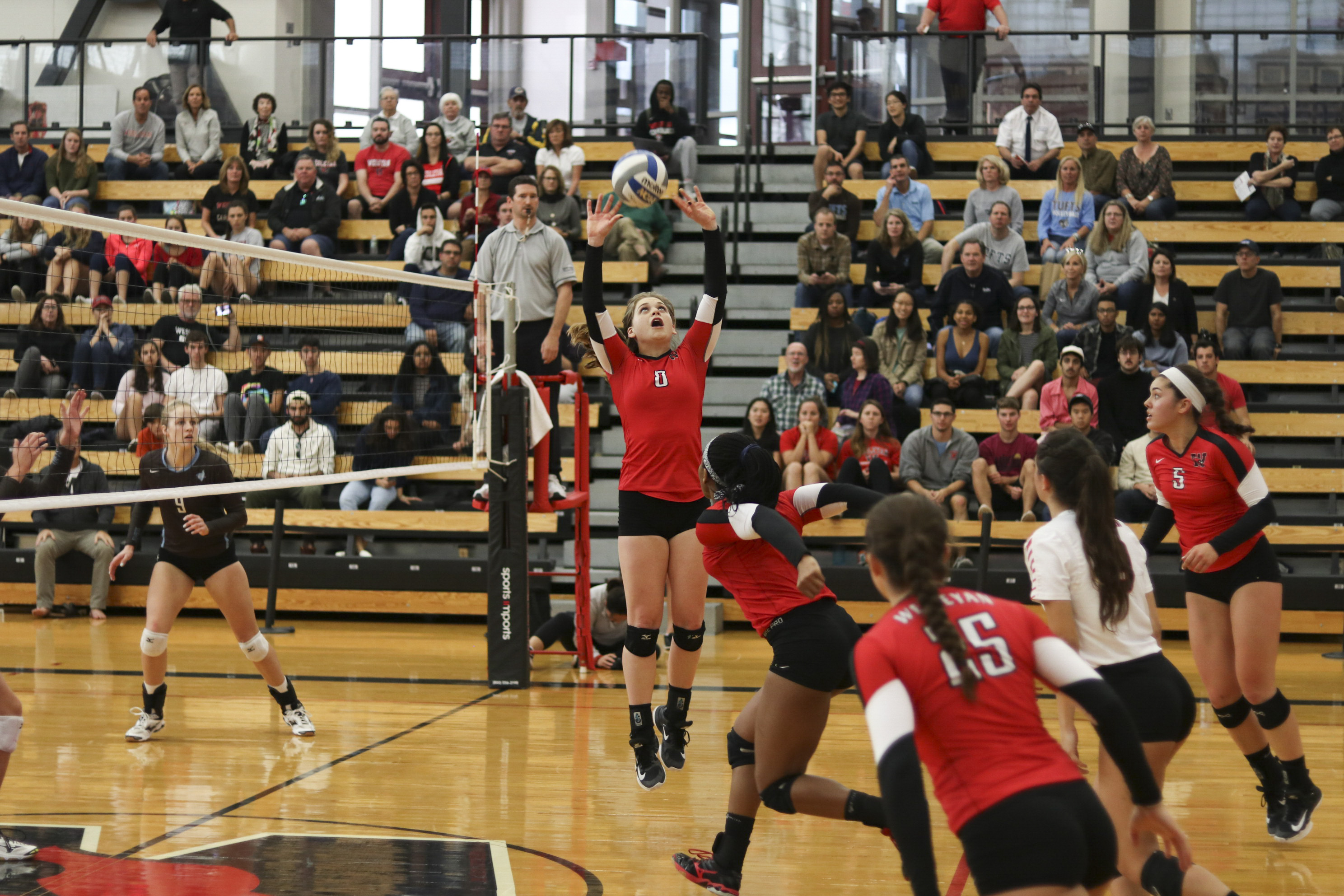 Volleyball is back. This season, the Cardinals look to build off their incredible NESCAC-winning campaign of 2017. Last year, the team posted an impressive 22-6 record, making it to the second round of the DIII NCAA National Tournament.

The Red Birds are returning many of their key players from last season, such as libero Phia Bellizzi ’21. She believes their continued success will rely on learning lessons from last season.

“I think our chances of doing what we accomplished last year still stands since we’ve shown how determined we are to stay humble and focus on the little things,” said Bellizzi. “A big mindset of ours is to never take any team for granted, especially in the NESCAC, since every team is different each year. A part of our success is our willingness to stay disciplined in practice, which we’ll be able to demonstrate with our season coming up.”

Discipline is obviously a hallmark of a great sports team. It allows teams to overcome obstacles in crunch time and separates good teams from average ones. However, discipline is not the only characteristic that the Cardinals are focusing on. Especially in a sport like volleyball, chemistry is one of the more valuable traits a team can possess.

“My favorite thing about my team this year is that we have a ton of great girls on and off the court,” said Bellizzi. “I’m excited to see how our chemistry as friends and teammates will show as we head into the season.”

Due to their past success, the Red and Black are setting the bar high this season, and they have every reason to. The team is returning last year’s NESCAC Player of the Year, outside hitter Nicole Hilton ’20. Racking up numerous accolades, Hilton was a dominant force on the court last year, and the program is certainly happy that she is with the Cardinals for another two years.

“We have really high expectations going into this year,” said outside hitter Madeleine Lundberg ’19. “We’re already looking strong in pre-season, and we’re aiming to make it even further than last year in the NCAA tournament. Our main goal right now is to take home another NESCAC championship.”

So, what will it take to bring home another league championship? The team has carefully planned out their preparation.

“We’re working on continuing to stay mentally sharp in each phase of the game,” said Lundberg. “Part of that comes in our schedule — we’re playing some really tough teams right off the bat, which is going to force us to really focus and have productive practices. We’re also playing a lot of three-game weekends, which is going to give us a lot of practice for playing when we are both mentally and physically tired. In the long run, it’ll definitely help when it comes time for the NESCAC and NCAA tournaments. And, as always, we’re working on our offensive rhythm and continuing to be formidable in every hitting position.”

The future is bright for the Cards, but our eyes shouldn’t only be on the players. What makes the clock tick? Or, should I say, who? The coaching staff—a remarkable group of leaders and recruiters—are creating a volleyball powerhouse here at Wesleyan. Ben Somera returns as head coach for his fourth season here, and his vast array of Division I experience has allowed him to turn Wesleyan’s volleyball program into a perennial winner. In addition, assistant coach Aly Torline has contributed significantly to the team on and off the court. Her leadership and guidance have given the players a helpful outlet for all things volleyball.

“[Somera] and [Torline] have done a great job preparing us for our first weekend,” said Lundberg. “We’re starting our season off by facing one of the best teams from last year, so our coaches are really throwing us right into drills and holding high expectations, which is what we need if we want to be prepared for these games. Our gym is very competitive this year, and I love it because we are able to continually push each other to perform at our best.”

This year looks very promising for the Red and Black. With consistent leadership, this team has a chance to go all the way. The Cardinals’ first match is an away game against Ithaca College on September 7.

Ben Owen can be reached at bowen@wesleyan.edu and on Twitter @benjaminowen28.