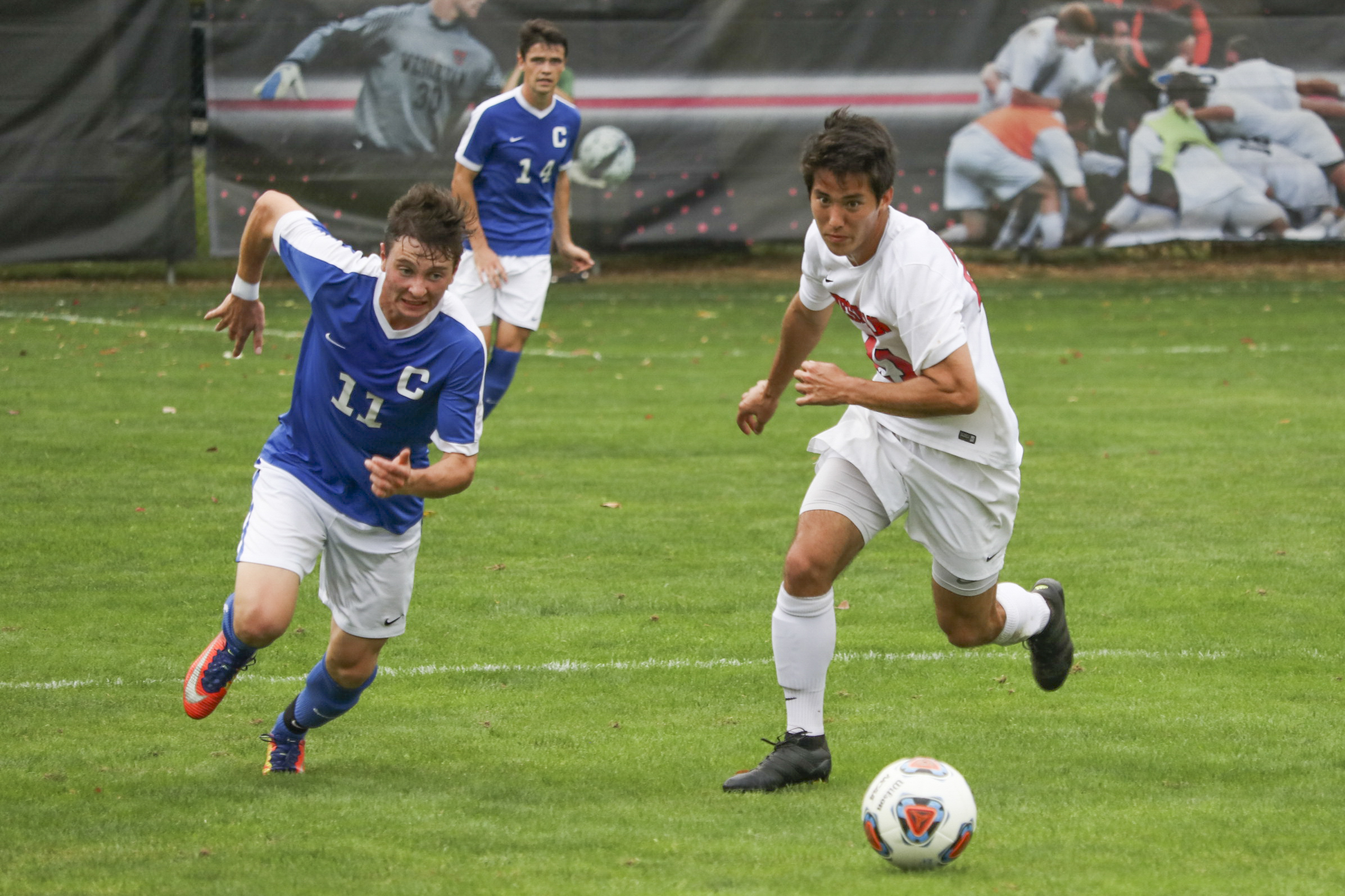 Through the first six games of last fall, men’s soccer posted a 5-1 record, with wins over strong sides including Vassar College and NESCAC opponent Bates. However, the Cardinals went winless in NESCAC play over their next eight games, resulting in a disappointing tenth-place finish in the NESCAC. On the upside, the squad showed promise in out-of-conference match-ups, posting a 7-6-2 record overall.

This year’s team looks to build on last year’s efforts with a youthful roster and renewed training intensity. Led by veteran coach Geoff Wheeler, who is entering his 20th year at the helm, the goal will be to return to the NESCAC playoffs for the first time since 2015.

“I think a lot of the time we look at the end goal too often,” outside back Sam Serxner ’21 said. “In order to be successful we need to focus on the day-to-day grind of the season in the always-competitive NESCAC.”

The team welcomes 13 first years to the program, the highest amount of players brought in a number of years. Of this group of 13, expectations are high for attacking midfielder JJ LaCorte and defensive minded Tucker Kelsch.

In addition to 13 first years, the Cardinals return seven sophomores. Some standouts from last year are Chris Franklin, a second-string goalkeeper last year, who allowed only one goal in four appearances. Franklin is expected to be stepping into a starting role this year. Bryden Auer will look to keep the ball away from net, as he made nine appearances as a first-year defender. On the offensive side of the field, James Schubauer and Mau Bailleres will look to continue their strong performances from last year, with two goals and one goal and an assist, respectively.

Finally, the Cards will be excited to welcome back strong midfielder/forward Lucas Kimball ’21 from an injury that plagued his 2017 campaign. Returning midfielder Matt Blackman ’21 will spend this season sidelined with a torn labrum, but looks to provide moral support from the sideline.

“This season I think it’s really important we start and finish everything we do as a team,” said Chris Franklin. “Also, we need to make sure this freshman class, which is one of the largest in program history, is able to adjust well to the higher level of academics and competition that the NESCAC provides.”

The leadership of the team is deep, with a strong class of impact juniors looking to reach their first NESCAC playoffs. Up top, Alec Haas  looks to use his blistering pace to add to his tally of six career goals. In the midfield, technically gifted Cam Park of Bethesda, Md., looks to use his distribution skills to create chances going forward. Finishing off this group are two dynamic players in Trevor Devanny and Jack Wolf. Both have been used in multiple positions and will look to add to their point tallies of three and four, respectively. Walk-on Liam Murray will look to keep the momentum going from last year and build on his five appearances. Joining him from the “B” team will be defender Joe Clayton, who was featured in eight games for the Cardinals as a freshman. Another junior coming back from injury and looking to make and impact is Mike Gallo.

Finally, this year’s seniors will look to recreate the magic that brought them to the NESCAC championship game in 2015. Most notable amongst this group is All-NESCAC second-team member Komar Martinez-Paiz of the Berkshire School. His creativity and pace in midfield and attacking roles led to two goals and two assists last year, adding to his career tally of four goals and three assists. Joining him as senior leaders will be Cam McCusker and Teddy Lyons. McCusker offers the Cardinals physicality and an aerial threat at whatever position he ends up in, as his style of play fits multiple positions. Lyons leads the team from the backline, where he has started a team high of 41 games, including 13 starts his freshman year on the near-NESCAC-championship team. His strengths include excellent defensive organization and tackling ability.

The Cardinals first game is at home on September 5 against Worcester Polytechnic Institute.