John Mulaney is rarely, contrary to what he might believe, a disappointment. The stand-up comedian has been a consistently entertaining performer. His time as a writer on “SNL” produced some of the show’s greatest recurring sketches, from Weekend Update correspondent Stefon to elderly news anchor Herb Welch. Mulaney’s writing was consistently sharp and hilarious. His return to SNL as host even yielded one of the show’s best recent sketches, a cross between “Les Miserables” and the strangeness of ordering lobster at a diner. On top of all that, his Broadway debut alongside comedian Nick Kroll in “Oh, Hello,” is both funny in its own right and a wonderful satire of countless plays and theatrical tropes.

And yet, Mulaney refuses to be anything other than self-deprecating. He opens his latest Netflix stand-up special, “Kid Gorgeous,” by mocking himself.

“Thank you for coming to see me at Radio City Hall,” he begins. “I love to play venues where if the guy that built the venue could see me on the stage, he would be a little bit bummed about it. This [place] is so much nicer than what I’m about to do.” 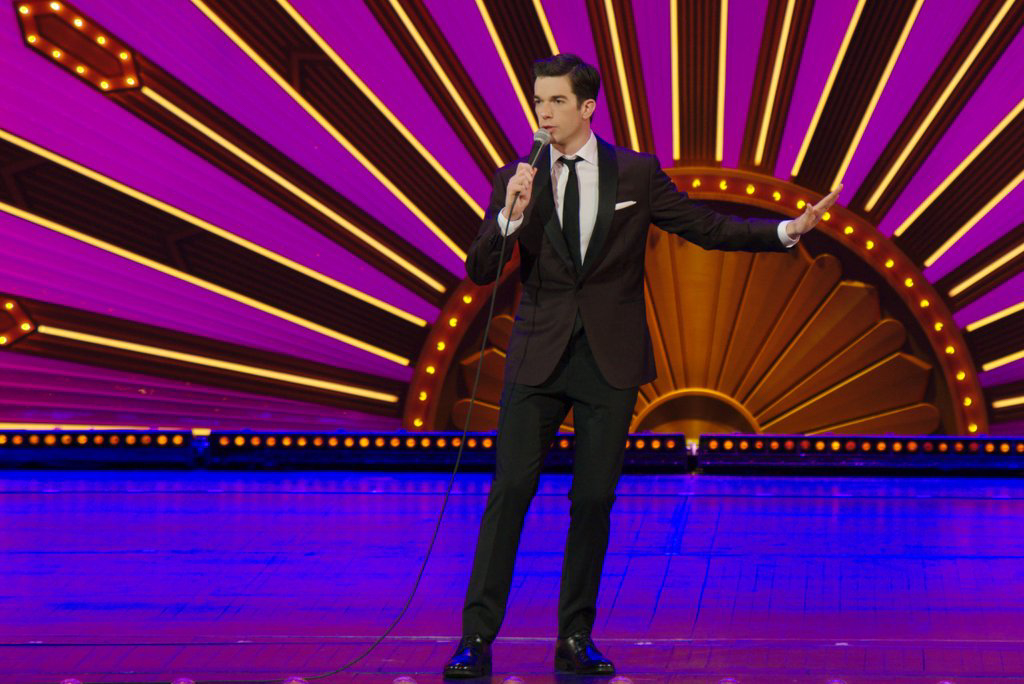 In many ways, Mulaney is a kind of modern-day Jerry Seinfeld, a comedian who excels at mocking modern life in intricate detail. While Mulaney can’t claim to have had a wildly successful sitcom, Mulaney and Seinfeld gained fame due to their relatable and funny observational humor. The two poke fun at the complexities of relationships, the bizarreness of show business, and so much more.

Mulaney is most Seinfeld-ian when mocking modern technology, elaborating on how strange so much of our daily routines are.

The main difference between the two, however, is that Seinfeld was often impersonal, focusing on the quirks and annoying traits of other people. Mulaney, on the other hand, is a far more personal comic, delving into both his past and present personal life. His earlier specials used a lot of great anecdotes, a tradition that Mulaney still upholds here. But there’s a more personal touch to his stories here. He won’t just tell a story about school assemblies: He’ll describe and relate to the audience how it felt to have a mustached detective, specializing in child homicide, tell his seven-year-old self, for the first time, that there are adults who may find him so attractive they’ll have to murder him. (It’s funnier when spoken aloud and described by him.)

After describing the incident, he follows in Seinfeld’s footsteps and deconstructs everything ridiculous about the detective’s advice for dealing with mugging. The detective recommends getting a money clip with $50 in it, so the young Mulaney could easily throw it at the mugger and run for his life.

“You go home to your parents. ‘Hey, Dad. Can I have a silver money clip with a $50 bill in it, please? Don’t worry. I’m only gonna chuck it into the gutter and run away at the first sign of trouble. The man with the mustache told me to do it!’”

He doesn’t only spend time recalling his childhood. His observations into his current state and well-being, as a thirty-five-year-old, provide the backbone for many fantastic jokes.

“I’m like an iPhone, it’s going to be worse versions of this every year, plus I get super hot in the middle of the afternoon for no reason.”

He also ventures into some of the riskiest territories a comedian can go into, making jokes about his wife and their marriage. A brief discussion on having kids makes for a great example.

“People always ask us, ‘Are you gonna have kids?’ and we say no. And then they go, ‘Never? You’re never going to have kids?’ Look, I don’t know never. Fourteen years ago, I smoked cocaine the night before my college graduation. Now I’m afraid to get a flu shot. People change.”

But his observational humor is only part of what makes Mulaney so great. With his forever beaming smile and high-intensity energy, Mulaney is an outstanding performer. As he retells various stories from his past, he flamboyantly maneuvers around the stage, waving his arms and grinning to emphasize the absurdity of it all. He kicks his legs around while he does his best Mick Jagger impression. Mulaney is both a sharp observational comedian, like Seinfeld, but he’s also a deeply personal, and surprisingly physical performer. His latest special is only another example of this.