Enforced Doping: Gender and Sex Challenges in the IAAF 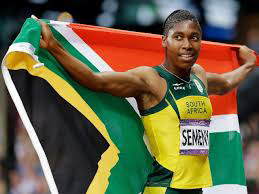 From time immemorial, professional sports has consistently been overshadowed by allegations of, and often successful investigations of, the use of banned substances designed to enhance athletic performance. The international governing bodies of professional sports have traditionally appeared to dissuade athletes from using these chemicals designed to improve their performance. Yet, a recent ruling by the International Association of Athletic Federations (IAAF) will force female athletes with a naturally raised level of testosterone to chemically reduce their levels to a permissible amount or not compete at all. While the IAAF’s decision may appear to be an attempt at maintaining fairness in athletics, it is merely another example of the governing body’s hypocrisy, and specifically, its shameless sexism.

The ruling by the IAAF marks the latest attempt in a string of efforts to properly distinguish male and female athletes. Before the 2008 Beijing Olympics, organizers of the competition required suspected female athletes to undergo testing in a special laboratory in order to verify their sex. The following year, South African 800m runner Caster Semenya was forced to take a sex-verification test after she was suspected of not being a woman. In preparation for the 2012 London Olympics, the International Olympic Committee (IOC) published “IOC Regulations on Female Hyperandrogenism,” which attempted to handle hyperandrogenism, a medical condition where someone has higher natural levels of androgens, such as testosterone than the average person.

“Nothing in these Regulations is intended to make any determination of sex,” the introduction of the regulations noted. “Instead, these Regulations are designed to identify circumstances in which a particular athlete will not be eligible (by reason of hormonal characteristics) to participate in 2012 OG Competitions in the female category. In the event that the athlete has been declared ineligible to compete in the female category, the athlete may be eligible to compete as a male athlete, if the athlete qualifies for the male event of the sport.”

The problem with these athletes? Their athletic performance and their muscular build. Female athletes are arbitrarily asked to submit to sex-verification tests based only on what sports regulators deem necessary. And it was the regulators’ internalized prejudices that determined which athletes could compete without hassle, and which would be subjected to an identity-questioning examination.

While attempts by regulators to uphold the fairness of sport may appear noble, they are deeply arbitrary and ultimately reflect the regulators’ perspectives on what defines a man versus a woman. Even if the regulators say they don’t seek to designate and differentiate sexes, why, then, are the categories of competition called men and women? If someone’s natural level of testosterone defines who they compete against, then why can’t the categories of competition be based solely on the level of testosterone, just like weight classes in wrestling? But the governing bodies of sports cling relentlessly onto a male/female sex distinction that, in reality, does not exist in a rigidly defined way. The IAAF’s new regulations that will compel female athletes with hyperandrogenism to chemically lower their testosterone levels will not make the sporting world any fairer, and will certainly harm and devastate some of the most talented and skilled women in the world.

And, these regulations are mere demonstrations of the IAAF’s hypocrisy regarding substance use in sports. In a previous article, I argued that the financial incentives of the capitalistic world of sports encourage athletes, organizers, and regulators to use or allow banned performance-enhancing substances, all while maintaining a façade of fairness and clean competition. Athletes use drugs like synthetic testosterone, EPO, and human growth hormone to gain small advantages in extremely competitive sports, not for the love of victory, but to win a bigger paycheck. Sports organizers and regulators gain greater sponsorships when there are better performances from athletes. And crucially, allegations of doping cause sponsors to drop out. Ultimately, regulators attempt to craft sports to make them appear fair, rather than actually be fair, with the idea that anyone in the competition could win the race. After all, upsets make great television.

But in reality, sports are not fair. The athletes who win gold medals and world cups are people with inherent genetic, financial, and logistical advantages compared to everyone else in the world. Although many sports regulations are important for governing basic rules, such as if a ball is in or out, it is generally in the best interest of regulators to allow infractions to go on behind the scenes, if it increases ticket sales and attracts wealthier advertisers. Therefore, if regulations are based largely on the appearance of fairness, then when considering rules that limit female athletes, governing bodies choose regulations that are merely an expression of a misogynistic and patriarchal conception of fairness in the world of sports.

At the end of the day, sports need certain regulations in order to maintain their structure and logistical functioning. However, financial incentives in sports mean that many regulations are designed to only suggest the impression of fairness, rather than the real thing. When governing bodies like the IOC and IAAF attempt to distinguish male and female athletes through sex testing and required testosterone reduction, they are not upholding the integrity and fairness of competition. Instead, they showcase their own sexism and mistreatment of female athletes. And like the use of banned substances, discrimination of women has existed since time immemorial.