Breaking Down the Top 10 Prospects in the 2018 NBA Draft

The NBA Draft is over six weeks away and teams do not even know where they will be selecting yet. Yet eyes are watching the players more than ever, seeing who will boost their stock and whose value plummet in the upcoming weeks. While subject to change, here is who I currently view as the top 10 prospects in the 2018 NBA Draft.

10. Forward, Jaren Jackson Jr., Fr., Michigan State. I am not super impressed with Jackson. Many pundits have him in their top five, but I just don’t see that type of upside for the Michigan State product. He is 6’10” and can shoot, which is a positive, but he lacks elite athleticism. Also concerning is when he shoots he tends to have a low release point, almost in front of his face, and that frightens me when he goes up against the world’s greatest athletes.

9. Point Guard, Shai Gilgeous-Alexander, Fr., Kentucky. SGA really improved as the season progressed for John Calipari and the Kentucky Wildcats. While he isn’t a superior athlete per se, at 6’6” Gilgeous-Alexander is a crafty point-guard whose herky-jerky style throws defenders off. He will need to improve his jump shot for certain, but that seems doable given the strides he made in Lexington over the course of six months.

8. Center, Wendell Carter Jr., Fr., Duke. Every time I watch Carter Jr. I think of Al Horford. While Carter Jr. isn’t overly physical, he is efficient with his movement and is always in the right spot at the right time. One might say that’s luck, but when you’re “lucky” seemingly every game, I think that’s a skill. The Blue Devils big man is built like a boulder at 6’10” 260 pounds, but is quite nimble and has an element of dexterity to his game. He might need to shed a few pounds, but for an 18-year old Wendell Carter Jr. is special.

7. Point Guard, Trae Young, Fr., Oklahoma. Back in December, I was convinced that Young was the best thing since sliced bread. Since then, he really came down to Earth. Given his shooting and playmaking ability, he is still a legitimate NBA prospect and worthy of going in the top ten. His passing prowess is severely underrated and his range is essentially limitless. If he can channel his early season success and consistently replicate that, he could evolve into a a player like Steph Curry.

6. Shooting Guard/Forward, Mikal Bridges, Jr., Villanova. Bridges is a plug and play. Put him on any NBA team right now and he would fit in seamlessly. Offensively, he’s low maintenance. When needed he can create his own opportunities, but he’s an assassin from three. Defensively is where he really separates himself. His length causes all sorts of problems for the opposition and his lateral speed resembles that of a point guard. He may be the safest player in this entire draft.

5. Forward, Marvin Bagley III, Fr., Duke. Bagley III seemed to play a lot of bully-ball at Duke. He inhaled offensive rebounds and feasted off easy putbacks. I think it is fair to question if that method of scoring will translate to the NBA. What really stands out with Bagley III is his second jump. It’s as if he is on a pogo stick once he hits the ground. If Bagley III can develop a semblance of a perimeter game, he very well could wind up as the steal of the draft. 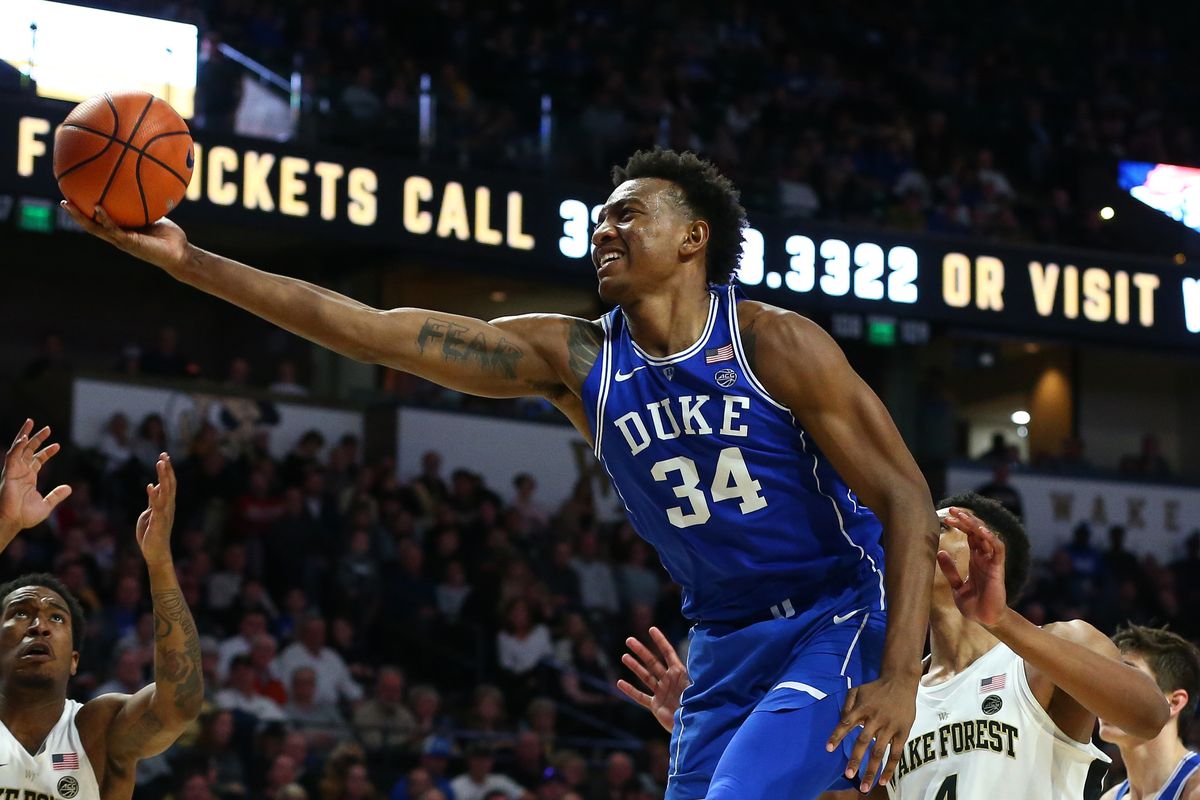 4. Center, Mo Bamba, Fr., Texas. I am higher on Bamba than most. He is quite lean and getting pushed around in the NBA could be an issue if he does not put on proper weight, but a player standing 7’1” with an eight-foot wingspan is tough to pass up. Not only is Bamba’s length in the 100 percentile of NBA players, but he also has shown the ability to consistently knock down elbow jumpers. In the right environment, surrounded by an intricate training staff, Bamba has superstar potential.

3. Forward, Michael Porter Jr., Fr., Missouri. Highly touted coming out of high school, MPJ missed all but a handful of games in his freshman campaign for the Tigers. In the games that he did play, he appeared to be a bit sluggish and rusty. Can you really blame him for that? Certainly his back issues raise a red flag, but he is a fluid ball-handler at 6’10” and can shoot from just about anywhere. Assuming Porter Jr. can remedy his back ailment, he should make his share of All-Star teams over the course of his NBA career.

2. Guard/Forward, Luka Dončić, Slovenia. Dončić is absolutely tearing up the EuroLeague. In what is widely considered to be the second best basketball league in the world, the 19-year-old is averaging 15 points, five rebounds, and five assists each night he takes the floor. At 6’8”, Luka runs the point. I am not sure there is any facsimile in the modern NBA, but maybe one could think of the Slovenian as Ben Simmons with a potent jump-shot. That’s pretty enticing.

1. Center, Deandre Ayton, Fr., Arizona. If you were tasked with going into a lab to create an ideal center for the modern NBA, Ayton would be your concoction. He is seven feet tall, weighs 260 pounds, and appears to be cut from marble. His post game resembles that of Shaquille O’Neal and his feathery touch is reminiscent of Tim Duncan. Ayton is going to be special. He is indisputably the most talented player in this year’s crop of prospects.