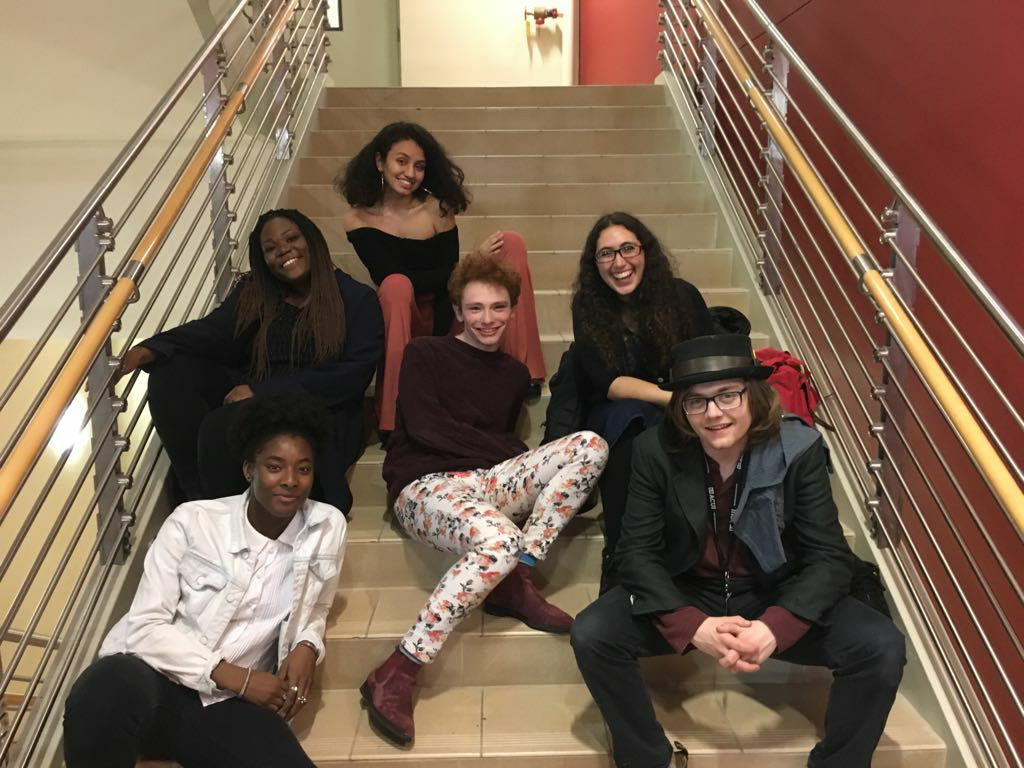 On April 4, Wesleyan’s slam poetry team, WeSLAM, set off to attend the annual College Unions Poetry Slam Invitational (CUPSI) at Temple University in Philadelphia, Penn. The team competed against 65 universities and colleges from all around the country, including other NESCAC schools, such as Tufts and Hamilton. In its team selection process, WeSLAM hosts a few preliminary slams here on campus, and those students who qualify then go onto the grand slam. The five people who score the highest at the grand slam become part of the team for that year, traveling to CUPSI as well as other regional competitions.

At last year’s CUPSI, held at The University of Chicago-Illinois, there was controversy over the featured poet Marc Smith. Many attendees were offended by Smith’s poems, which they deemed racist and sexist, and walked out during his performance, CUPSI team coach Ariel Munczek Edelman ’20 recalled. Smith was eventually booed off the stage. After that incident, the organizers of CUPSI announced that the remainder of the weekend would no longer be a competition, and the final teams were not going to be scored. This year’s CUPSI was scored, and, according to Edelman, the atmosphere was significantly better.

“It felt pretty different to me,” Edelman said. “It felt a lot warmer. I mean, it was quite warm last year, but I think people were making more of an effort to really express a lot of care for people, even if it was people they didn’t know particularly well. There was…a lot of committees created after the debacle of finals last year that worked to change the culture of it.”

Joy Feinberg ’19 has also been to CUPSI before, unlike the rest of the team. She commented on the significantly increased diversity of this year’s event.

“I was at the [CUPSI] two years ago,” said Feinberg. “It’s been really amazing to see how it’s evolved and how seriously they take concerns and requests about inclusion. This year, almost everyone in positions of power were people of color, and they were trying really hard to be a lot more inclusive and try and respond.”

Though not as dramatic, another important event did happen at CUPSI this year, involving Wellesley College. Wellesley College was one of four teams that made it to the final round, along with NYU, Stanford, and Virginia Commonwealth University. Wellesley poets, while in the finals, repeated some of the poems they had recited in the semi-finals. According to the competition’s rules, this is not allowed, and though the poems initially scored well, the scores were later eliminated.

With the exception of Feinberg, all of the members of this year’s Wesleyan team were new and had never been to CUPSI before.

“I was a little bit intimidated because it was my first year, and there was a lot of cool people, a ton of talent there, but everyone was really warm and really accepting,” said Nicole Adabunu ’21. “I felt really accepted there and like I was at home.”

“I’ve done slam since freshman fall, and it was one of the first communities I felt at home with on campus,” Warren said. “That said, during freshman year, I didn’t make it to a second round in our preliminary rounds. So, this was all quite a surprise to get through prelims and to get through the grand slam this year was a lot. CUPSI itself was great.”

Before traveling to Temple University for CUPSI, the team met twice a week for four to five hours. They spent time writing poetry, memorizing poetry, and practicing their performances. Edelman worked with the team on performance direction and editing.

“I think that Wesleyan’s team, in my experience, has always tried to put up the stories that we want to put up, rather than the stories we think will win,” Edelman said. “Which means that we don’t always do as well as maybe we could if we really went for a specific niche or performance style, but for me as a coach, it was definitely more important that people are doing the work for themselves, rather than for audience members, which can be hard to differentiate.”

Feinberg and Edelman acted as the leaders of WeSLAM this year, as well as WeWrite, a weekly writing workshop where people can get together on campus and free-write. The two also work to bring poets to campus for writing workshops and lectures.

“Something that Ariel and I took really seriously this year is, as two white people, how are we going to create a space that is primarily pushed forward and in support of people of color,” said Feinberg. “That is something that we were trying to take really seriously, so going forward with our features for this year, all of our features this year were people of color. The leadership of communities often falls to who has free time and who has resources to devote to it, and that can be very restricting and very hard to access…. We have to make sure that the voices we are elevating are predominantly not represented.”

Although Wesleyan’s team did not make it to the semifinal round this year, the team spent the remainder of the days hearing and enjoying the poetry from the other teams, as well as exploring Philadelphia. NYU was the winning team this year, but WeSLAM is already looking forward to next year’s CUPSI, and the team members offered advice for anyone who is looking to become involved in slam poetry.

“Be prepared to dig deep and access some unpleasant emotions,” said Warren. “Trust that you can find catharsis in that, even if it’s not immediately apparent, and even if that catharsis takes months and months to get, you can still find it.”

“My main tip is to just trust yourself and trust what you’re working with,” Adabunu added. “There’s so much going on in our world, I feel like the world is so cynical and very detached, and I think so long as you trust yourself and you trust the people around you…. The greatest joy you can find in your passion is to know that you’re a good person no matter how you do, if you win or if you lose, know that you did your best.”

WeSLAM will be performing their poems on April 21 at 7 p.m. in Earth House, followed by a performance by Marwa Helal, an Egyptian American poet, journalist, and activist. The event will be WeSLAM’s last feature of the semester.