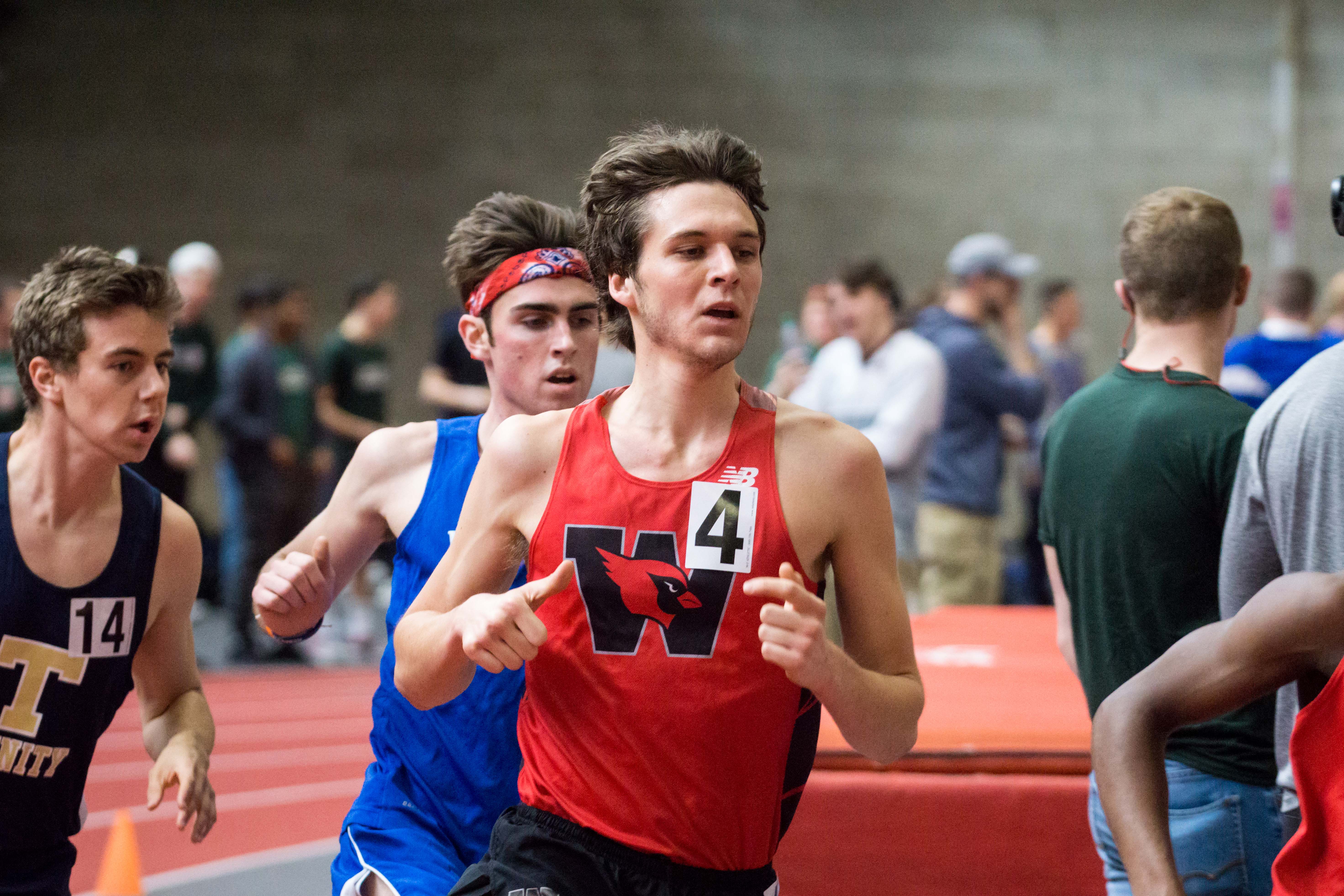 Track and field has been very active since the beginning of their season, with meets at Tufts, Amherst, and at home. The men and women have run fast, jumped to impressive heights, and thrown for long distances.

The Wesleyan Spring Classic took place on March 24, and men’s track and field claimed 11 top-ten finishes at the meet. Kevin DeLoughry ’21 posted a 50.96 second 400-meter, a blazing time for two indoor laps. Other top finishers included George Avrassoglou ’19 completed the 800m in just over two minutes with a 2:04.52, barely missing the qualifying mark of 2:04 for NESCAC Outdoor Track and Field Championships. In short-distance, Drew Trotman ’18 posted two top-10 finishes in the 100m (7th) and in the 200m (10th) with times of 12.14 and 24.47, respectively. On the field, Olaniyi Adebayo ’19 placed fifth in the weight throw (12.05) and seventh in the shot put (11.43). In the long jump, Jack Northrop ’20 leaped an impressive 5.67m, enough for seventh place in the meet. Finally, Andrew McCracken ’19, who pushed his way to a first-place finish in the pole vault at a height of 4.35m.

Last week, both the men and women’s team treated their audiences to improved performances all around at the Amherst Spring Fling. Rebecca Lopez-Anido ’21 left her competition far behind with a 2:19.96 800m. She was the only competitor under 2:20 and won by nearly four seconds. In the pole vault, Peng continued her run of dominance with a 3.10m vault. Lopez-Anido and Peng were the Red Birds’ two first-place finishers. Other impressive feats included the two second-place finishes in the 4x400m relay and the 4x800m relay.

The men’s team finished fourth place overall out of 20 teams at Amherst Spring Fling thanks to a slew of strong individual performances. McCracken led the way with a first-place finish in the pole vault (4.25m). DeLoughry flashed his durability and talent with a runner-up finish in the 400m hurdle (56.00) among a crowded field of talented competitors. In the 5000m run, Kevin McMorrow ’20 earned a second place finish (15:21.37), and Conner Sexton ’20 chased him for a tight finish in third (15:21.61).

The Cards look to continue their success at the April 13-14 Conn. College Invitational in New London, Conn.

Jack Leger can be reached at jleger@wesleyan.edu