CARE FOR ME Turns Mourning into Masterwork 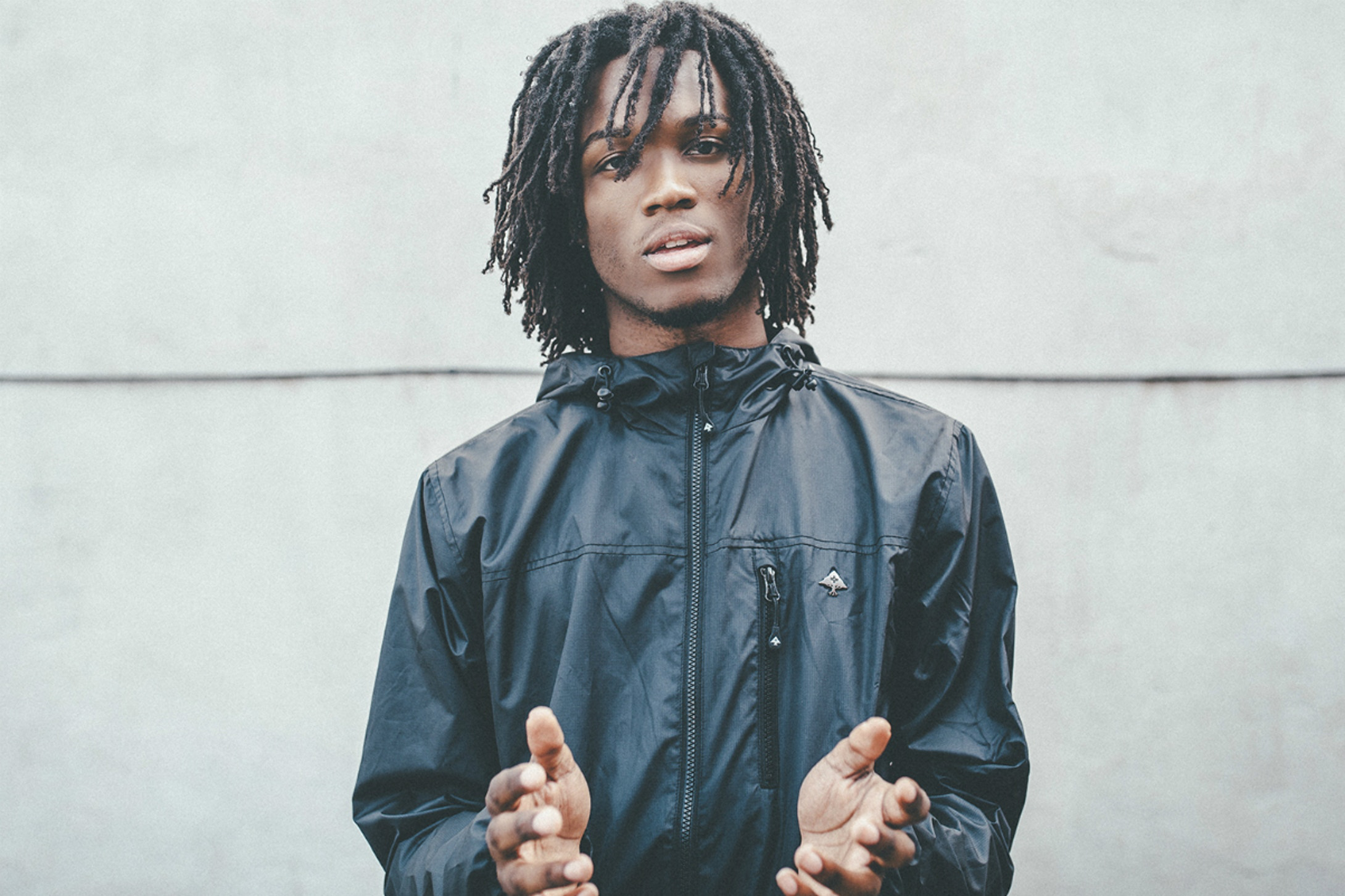 On “LIFE,” the second single from his new album CARE FOR ME, Saba offers a devastating portrait of his current existence, rapping, “That’s life—Momma mixed the vodka with the Sprite / They killed my cousin with a pocket knife.” A bar later he mentions his formerly-incarcerated uncle: “He got out a year and then he died.” Next, his father: “Left the city when I was just four.”

With a single hook, Saba obliterates any moral weight given to a platitude like “that’s life.” He instead observes that “life don’t mean shit” to someone “that ain’t never had shit.” This terse, world-weary conviction characterizes Saba at his most nihilistic: cast deep in a depression set off by his cousin and collaborator John Walt’s death.

Throughout its forty-one minutes, CARE FOR ME expresses the multiplicity of emotions Saba experiences as he grieves this profound loss. Whether developing unsustainable relationships to try to fill this emotional void, day-dreaming of an easier life in the South, or criticizing the vacuity and negativity of social media, CARE FOR ME emanates from Saba’s intense disillusionment with a life marked by death, disappointment, and dejection.

With opener “BUSY / SIRENS,” Saba meditates on his loneliness in the aftermath of Walt’s passing, and laments his friends’ cold responses to his text messages in the hook: “I’m havin’ a busy day, I’ll hit you back right away.” The two-part track floats in a gloomy, isolating haze, as Saba meditates on the senselessness of violence (“Walter got killed for a coat”) and the absurdity of police brutality (“they think my cellphone’s a weapon”) over melancholic, echoic production. Although the introspective self-portraits of “BUSY” and “LIFE” provide the album with its overarching narrative of personal grief, suggested even by the black-and-white album cover, showing Saba alone in his grandma’s kitchen, alongside these self-inquiries are several songs that reveal Saba’s contemplation of his relationships with family, God, and most vividly, romantic partners.

Through “BROKEN GIRLS” and “FIGHTER” Saba sidesteps the one-sided, self-pitying analysis of relationship issues that one often finds in commercial hip-hop. Although parts of “BROKEN GIRLS” are clunky (“Releasin’ your Issa Rae, insecure”), later in the song, Saba critiques his own male-savior complex, singing, “Really I know you’re empty but I think I can fill your glass / Fantasizin’ all your problems.” On “FIGHTER,” he speaks from his partner’s perspective, rapping, “You say that you care, well show it, I’m not askin’ a lot / I know you think you listenin’ but you just waitin’ to talk.” Such self-effacing criticism is rarely found in masculine rap, dominated as it is by often cheerless, yet nonetheless egoistic crooners such as Drake and Future. Thus, even though CARE FOR ME centralizes Saba’s own stages of loss, he never forgets the impact his self-destructive habits might have on the individuals around him. On “SMILE” a brief respite from the gloominess of the album, Saba’s empathy shines through once more, as he envisions moving his grandparents back to their hometowns in the South. Backed by twangy, reverbed guitars and a warm choir, “SMILE” recalls the nostalgic bliss of “Hey Mama” and “Hey Ma” of fellow south-side natives Kanye West and Chance The Rapper.

Chance shows up on the following track, “LOGOUT,” which alongside “GREY,” widens the scope of Saba’s ruminations, moving from the private demons of depression to more public issues of social media and industry standards. Anchored by its sticky, cynical hook, asking “What’s a post but a reminder just how boring our lives are?” and it’s A-list feature, “LOGOUT” might be the track that breaks out from “CARE FOR ME.” Ironically enough, “GREY” almost critiques listeners who might find “LOGOUT” through the Chance feature and never listen to the whole tape, saying, “The single the one that wasn’t as honest / But this is what they say make you the hottest in the game.” An incisive, proud declaration of commercial independence, “GREY” locates Saba alongside no-label YouMedia affiliates like Chance and Noname. Yet its uncompromising analysis, pushing further than the celebratory yet blunt take of “No Problem,” distinguishes Saba’s own position in the hip-hop industry, suggesting that he may be even more reluctant to go pop. Summarizing the shifting desires of white labels and listeners, Saba observes that “first they wanted the hip-hop,” but “then they wanted guerrilla and then they wanted drug dealer,” and “now they want a drug addict,” concluding that all these pressures make for counterfeit “grey” music. When listening to the excruciating void of commercial hits by Lil Xan that are built on the glorification of addiction, it’s hard to disagree.

Yet, on the album’s masterstroke “PROM / KING” Saba brings us back to the issue at hand. Over seven-and-a-half-minutes, Saba unravels all of the anguish built up in the preceding tracks into a triumph of storytelling, that details the key events in Walt and Saba’s loving friendship. Taking his listener from childhood memories of nights “before we had insomnia” to an elaborate high-school prom, to open mics where Saba and Walt fought to get on stage, to the eventual fateful phone call from Walt’s mother, “PROM / KING” is as a kaleidoscopic ode to a dearly-missed friend, to be ranked amongst Pete Rock & C.L. Smooth’s “T.R.O.Y.” and Wu Tang Clan’s “Tearz.” The song’s meticulous specificity, detailing Saba’s memory of Walt taking his “sneakers every family visit,” or subtly referencing their differing levels of poverty paints an image of their bond so vivid and lifelike that the song’s inevitable, heart-breaking end cannot fully outshine the beauty of its earlier history.

A true memorial, “PROM / KING” celebrates the relationship Saba and Walt had during his life, and gains its power through the acts of kindness that built their amity. “PROM”’s fixation on two small acts of benevolence, one in which Walt finds a prom date for Saba, and another in which Saba spots Walt $30, evokes the minor, yet crucial act of charity that Kendrick Lamar describes between his father and his future boss on DAMN. standout “DUCKWORTH.” Both tracks essentially bookend their respective albums and shed new, affirmative light on issues of grief and loss that the emcees explore with less romance on earlier songs.

Although “PROM / KING” ends with Saba in panic, rushing through the streets of Chicago in search of Walt, the album finishes with the quiet, composed “HEAVEN ALL AROUND ME” in which Walt seems to speak through Saba, saying “I know I did not disappear.” With a tribute as compassionate and contemplative as CARE FOR ME, Walt can be sure of that.

Nick can be reached at nbyers@wesleyan.edu and on Twitter @bybybyers.