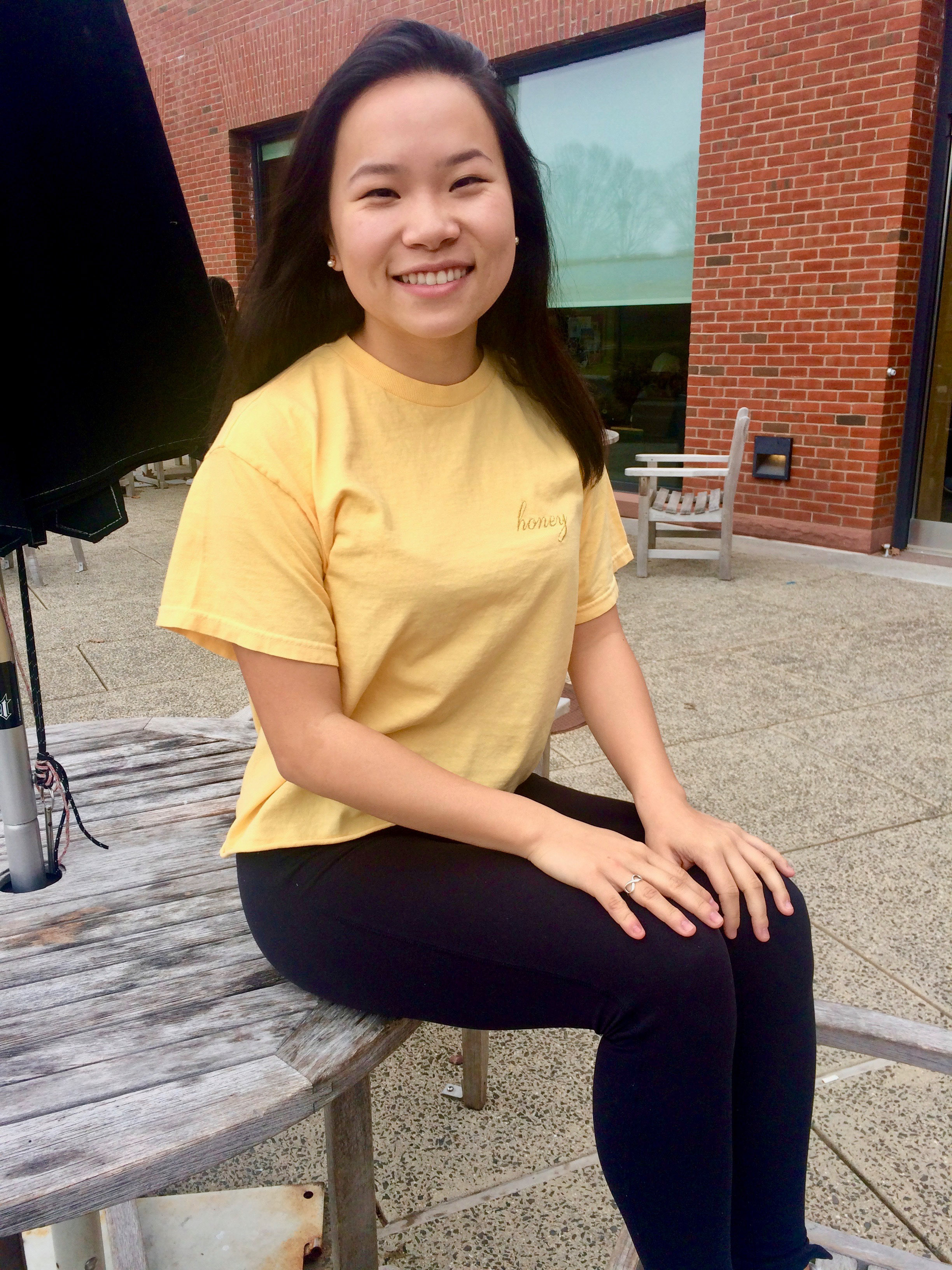 Not only was Rachel Davis ’18 one of the year’s most requested WesCelebs, but her nominators had—well, a lot to say about her. The Argus received paragraphs upon paragraphs from doting fans, each characterizing Davis as a one-of-a-kind role model. We had to find out what was behind the hype.

The Argus sat down with Rachel outside of Usdan on a cloudy Thursday, to chat about dance, her thesis, and her ability to fit her fist in her mouth.

Rachel Davis: I’ve been involved in a lot of things that have posters [laughs]. My face has appeared on numerous posters which are scattered around campus, so maybe I’m just a familiar face? Also, I’ve been a part of a lot of activities—mostly surrounding dance—but things that include underclassmen. Being nominated is definitely luck to a certain extent, though, because there are a bunch of people on this campus who are way more active than me and they don’t get nominated just because nobody decides to do it.

A: Tell us more about your dance career!

RD: I’ve actually been dancing since I was three. I was a ballerina, and whilst in high school I trained with a ballet company and was paid to perform with them. Then I came here and realized that I didn’t want to just do ballet for the rest of my life, so I began taking classes in [West African dancing] and [modern dancing]. I really liked the dance major, and I realized that it wasn’t just technical, it was much more about the choreographic process.

I’ve also been a member of two dance groups, one since I was a freshman and one since I was a sophomore. I’m a member of Precision Ensemble, and I’ve been in Fusion since sophomore year, which I’m actually now one of the leaders for. It’s kind of funny because I have no training in hip-hop, but one of the great things about Fusion is that you don’t have to have like 10 years of training to get in. We all have different backgrounds, and slightly different styles, but I think that’s what makes Fusion, Fusion. It’s also funny because I got rejected freshman year—just, flat-out rejected—and I was like, ‘I don’t know if I’m good enough to do this again, but I really want to try it.’

A: Can you explain the topic of your thesis?

RD: My spring piece is about this idea of collaboration versus presentation. So my thesis is actually a joint [government] and dance thesis…I’ll give you the elevator spiel, as they say. It’s basically about how Cold War cultural diplomacy was really instrumental in ending the Cold War on terms favorable to the United States and other democratic nations, and it was all about making sure that culture was seen and was held in the same high regard as military might. I’ve been able to interview people who are working in dance diplomatic efforts, and the thing that’s happening is that our current administration is slashing funding for diplomatic efforts, in a way that we haven’t seen since the end of the Cold War. So I’m drawing a comparison between the two, and the conclusion of my thesis is explaining that because of globalization and this increasing interdependence among nations, we shouldn’t be slashing a soft power approach, we should proactively be trying to increase it.

A: Switching directions a bit, how would you characterize your senior year? What makes it similar, or different, from the rest of your time here?

RD: I feel like my senior year has mostly revolved around my thesis, honestly, so that makes it different. I’ve over-exerted myself while I’ve been here—I’m graduating with way too many credits—so I’m taking fewer classes this year than I have in the past. It’s also been much more focused on jobs, to be honest.

A: What else have you gotten involved with, in what little other time you have, that you might be known for?

RD: I was thinking about this when my friend Molly Schiff [’18] told me about this…and I thought of this one example. I worked Reunion and Commencement last spring, and it was so funny because I was named one of the registration leads and at the meeting for everyone on the staff, they literally put a huge version of your face up on the screen so that everyone knows who you are. I’ve never seen my face that big before. But anyways, I do a lot of random things for the school. I work in the dance department, which gets me in touch with a lot of people from the [Center for the Arts] and the ’92 [Theater]. Other than that, I like taking classes that are not in my major, like this semester I’m taking no classes in dance. I’m in religion, a philosophy class, and a computer science class. My biggest advice is that no matter what the class size is, if you’re in a class outside of your comfort zone like that, just sit down and try to make a friend in it. That’s how I’ve met some of my closest friends, because number one you’re going to make a new friend, and number two you’re going to do better in the class. One of my closest friends is Alina Pham [’18], who I took Italian with freshman year and who got into Precision and I really wanted to be friends with her, so I just sat next to her every day and kept talking to her until we got close.

A: What is your favorite Wesleyan memory?

RD: Maybe not my absolute number one, but definitely one of my top favorite things about Wesleyan is WesRave. It’s so much fun, it’s honestly really good exercise, and I just love seeing the community come together like that. I’d recommend it to anyone, especially people who haven’t done it yet. Also, I think that everyone should do [Terpsichore]. It’s so fun, silly, and great.

A: What is something that people might not know about you?

RD: I have a lot of special quirks. I’m incredibly afraid of clowns. I can fit my whole fist in my mouth. And I’m amazing at taking pills. I can take, like, 20 at the same time. It’s just like eating candy for me.

A: Lastly, any more life advice based on what you’ve experienced over the last four years?

RD: This was some of the best advice that I got before coming to Wes—college, in general, goes by really fast. There are going to be bad days, and I’ve had so many of those, but there will also always be good days and they usually outnumber the bad. Always remind yourself that this is a really exciting and developmental time, and even if you have downs, you’re going to be so great in the future, and the future is, like, tomorrow.