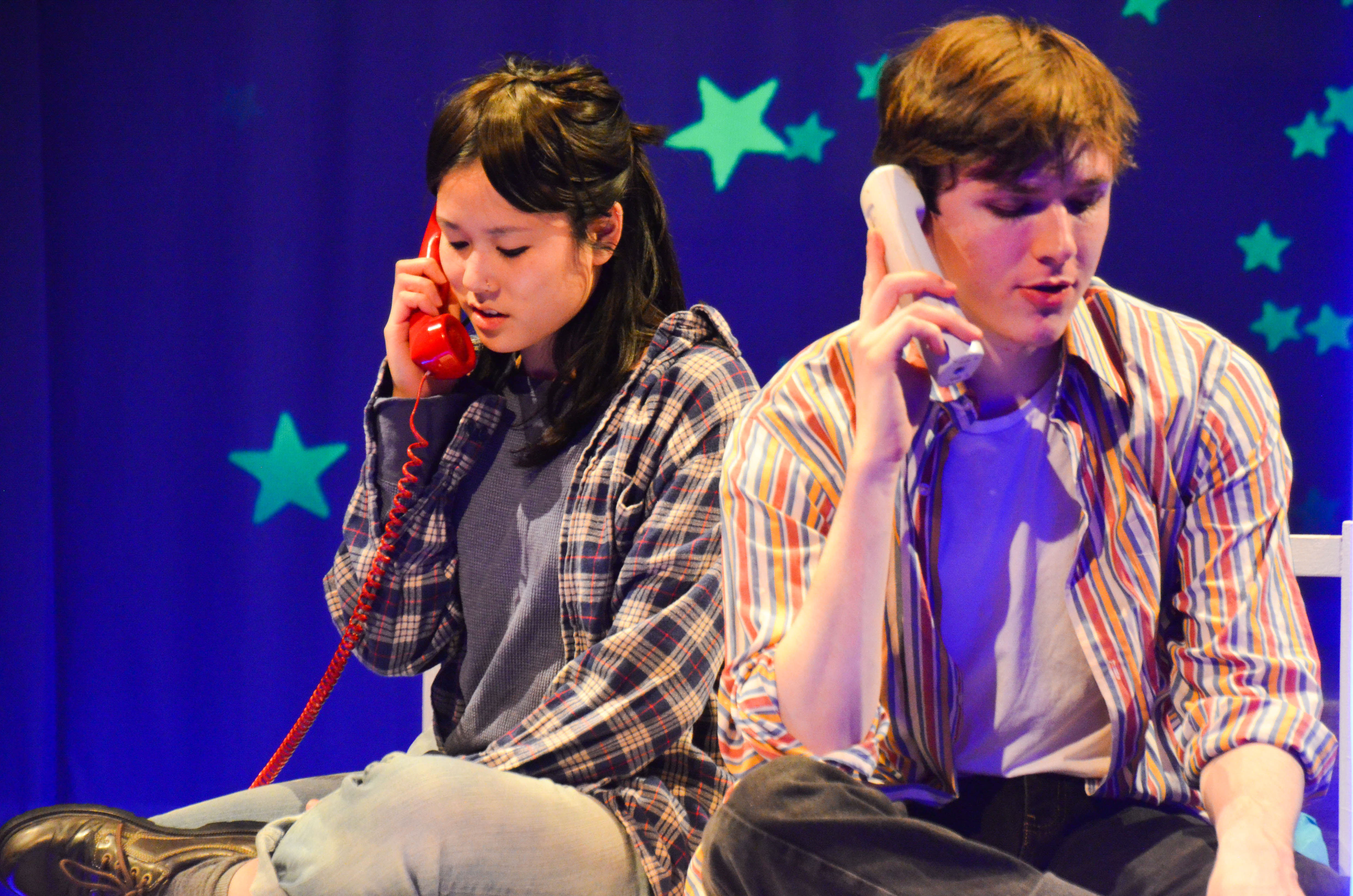 Simultaneously funny, sad, and deeply disturbing, “BFE,” a Second Stage production that premiered March 29, breathes new life into age-old topics such as beauty, identity, and intimacy. Directed by Annie Ning ’20, the play stars Viviane Eng ’18 and Naomi Okada ’20 as Panny, a young Asian-American girl in a nondescript suburban town. Panny lives with her overbearing mother, Isabel (Julia Chung ’21), a recluse whose sole obsession is the pursuit of physical beauty—she even goes so far as to offer Panny plastic surgery as a 14th-birthday present—and her Uncle Lefty (Benjamin Yap ’18), a kind but timid man who works as a security guard.

Meanwhile, as Panny copes with her feelings of boredom and isolation, young girls are mysteriously disappearing from her high school. These disappearances are initially revealed as background information, in an intercom announcement by the local high school principal and on the television Isabel is constantly watching, and they seem of little immediate relevance to Panny. Panny feels no connection to the missing girls, all of whom are blonde, white, and popular, but as the story unfolds the disturbing pattern behind the disappearances emerges. Eng and Okada both appear onstage—sometimes even simultaneously—as the same character, with Okada narrating the story as a kind of extended flashback and Eng actively participating in the events described. This use of doppelgangers lends the show a slightly surreal feel right from the start, setting the stage for things to come. 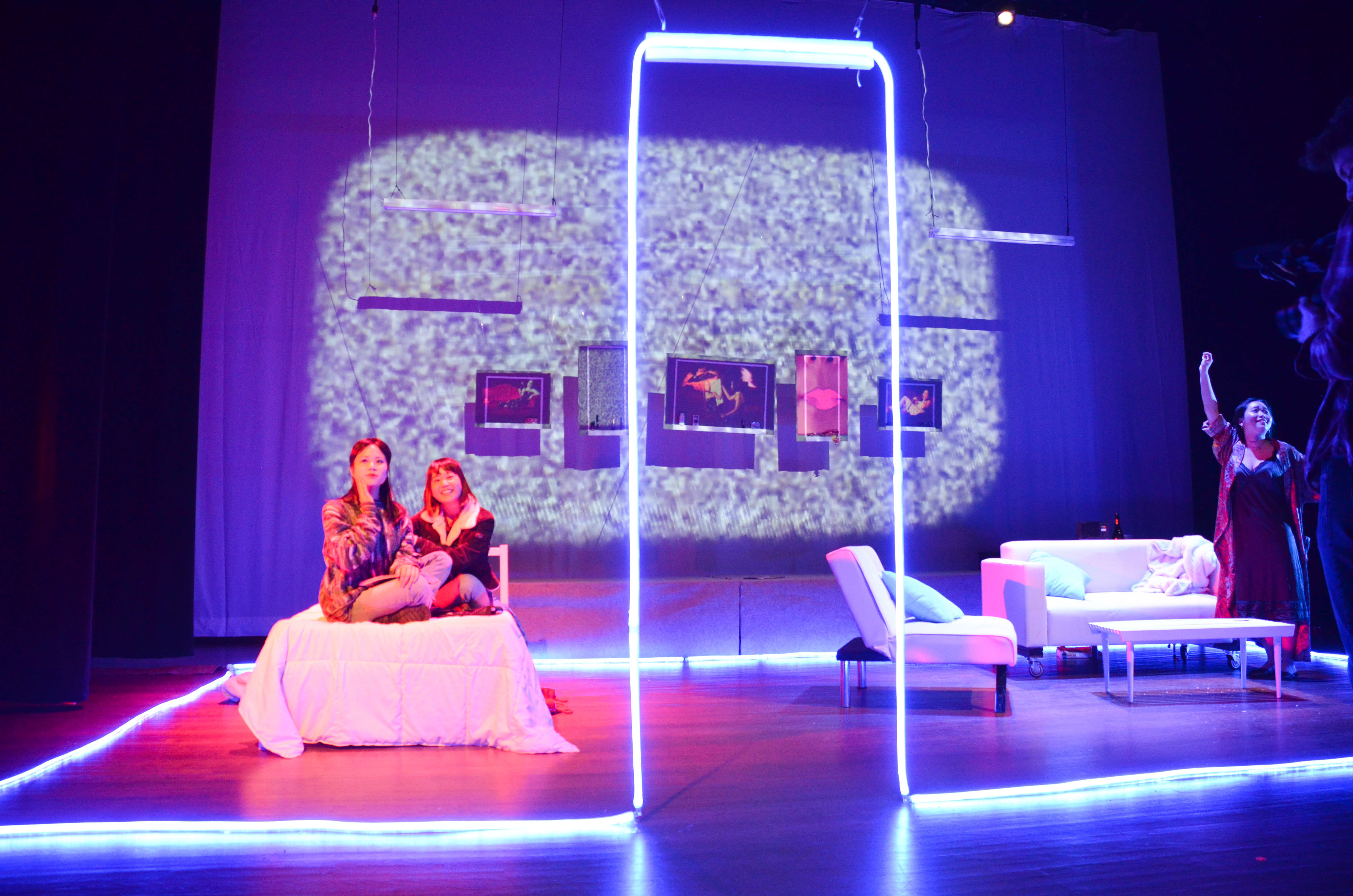 A sense of loneliness pervades “BFE,” with almost every character craving intimacy in some form. Panny feels like an outcast who is too ugly and too Asian for her small, predominantly white town, and Eng’s performance makes the character’s discomfort with her own identity palpable. With her best friend Nancy distracted by a job at Walgreens and a new boyfriend, Panny finds companionship through her phone conversations with the affable Hugo (Rhys O’Connor ’19), a local college student she befriends after inadvertently dialing his number.

Panny’s mother and uncle are also crushingly lonely in their own ways. Lefty is a compassionate but painfully shy man, who has centered his entire life on Panny and Isabel at the expense of other relationships. Lefty spends his spare time painting figurines for a Dungeons and Dragons-esque game until a divorced salesclerk named Evvie inspires him to pursue a romance for the first time in his life. Isabel is a less sympathetic character, refusing to leave the house and lecturing her daughter on the importance of being attractive, but she too is defined by her loneliness. After being abandoned by Panny’s father, she seeks refuge in her own beauty, avoiding the outside world and fantasizing about a man who will show up at her door and whisk her away.

At least initially, this widespread isolation seems like the main focus of the show. The first half of “BFE” feels like a melancholy coming-of-age story about race, beauty, and belonging, rife with friendships that fizzle out and romances that fail to blossom. However, the story eventually morphs into something much darker and more surprising, bringing the disappearing teenagers to the forefront of the narrative. Prior to this transition, the play moves slowly—at times almost too slowly. A few scenes feel like they drag on slightly longer than necessary, and some of the minor subplots never quite gel together into a coherent whole. Once the plot picks up though, it is intensely compelling, and the relaxed starting pace makes the show’s violent climax even more jarring. And even during the play’s slow moments, the actors manage to elevate the story with consistently strong performances. Yap’s gentle Uncle Lefty is a particular highlight, as is Yudai Miyamoto 20’s performance as Panny’s Korean pen pal Hae-Yoon. 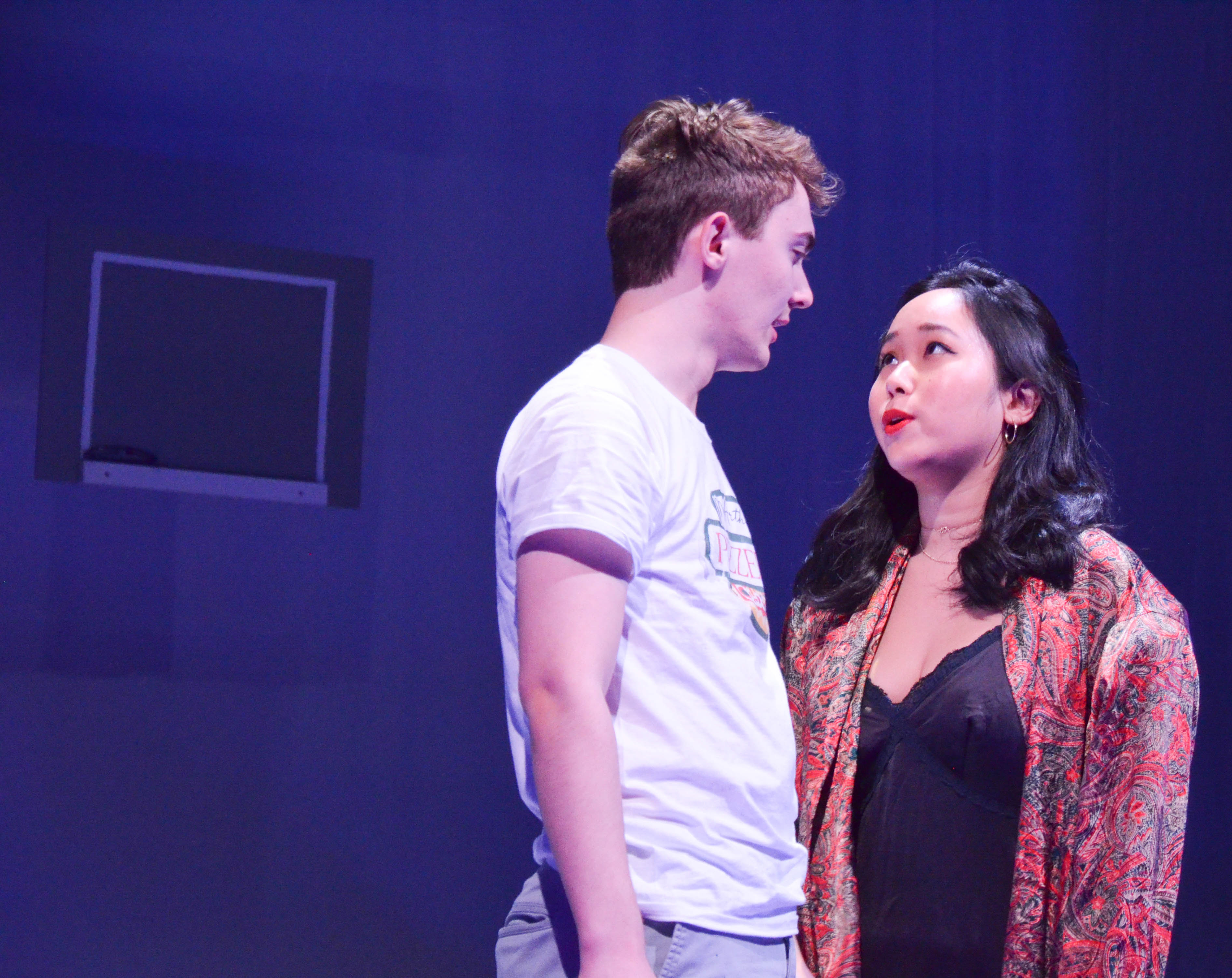 The show’s set and lighting, designed by Jordan Tragash ’18 and Wilson Lai ’19, respectively, echo the play as a whole with their combination of the ordinary and the surreal. Much of the story takes place inside Panny’s house, which is represented by a nondescript bed and a few chairs. Neon blue tube lighting forms the outline of the house’s interior and doorway, and these lights are used to great effect—lighting up to emphasize a character’s exit from the house and flashing ominously during a climactic scene. A constant stream of images is projected onto the wall behind the stage. Some of these images—like a Walgreens sign or a starry sky—provide additional information about a scene’s setting, while other images—like a screen full of television static or glowing outlines that mirror the actors onstage—are more abstract. This strategic manipulation of setting, along with numerous other strong artistic choices, contribute to a show that feels both mundane and slightly surreal, in the way that only adolescence can.